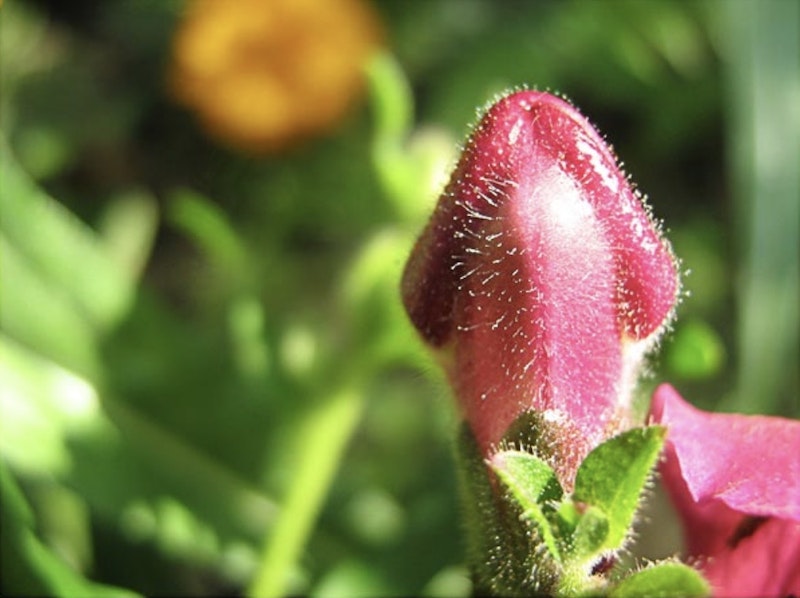 A series of comical blunders marked the last days of August here at the homestead.

First, I lost a significant portion of the tip of my finger to my chef’s knife while chopping dandelion greens with rather too much enthusiasm. The poultice and tiny tourniquet that Mother applied “did the trick” in terms of stanching the flow, but not before my blood had spattered what I’ve noticed is Mother’s increasingly whiskered face—not to mention my favorite “morning” sandals, custom made for me in Bloomington by a worthy craftsman at a fair price.

Then my eczema flared up. The application of a tincture of chelidonium flowers to the sores on my face was followed in short order by a trip to the outhouse—or more precisely to the open meadow space behind the outhouse. I find it appealing to urinate there under the blue sky, “doing my business” en plein air. But I hadn’t quite washed the caustic chelidonium tincture from my hands. The resulting rash to my testicles was about as acute as you might expect—a painful nuisance, if no tragedy on the order of the Great Schism.

An interesting addendum to that latter story. Upon complaining to my priest, Father Nicodemus, about my mishap, he mentioned that the “herb-pickers” of the ancient Russian peasant communes were careful to coat their genitals in pork fat before handling the chelidonium plant, known as chistotel in the peerlessly poetic Great Russian language. The point was precisely to indemnify themselves in the event that they moved reflexively to touch their privates—to urinate or for a vigorous spot of masturbation—without thoroughly cleansing the herbal essence from their hands.

The next morning I took a glancing (thank God!) blow in my hip from the rear hoof of one of our goats—in an incident about which, I believe, the less said the better.

John M. “Nostradamus” Harris is starting to see, with increasing clarity, a Trump victory in November. This victory might involve even a popular vote victory in addition to an Electoral College one.

A crystalline truth, diamond-like in its perfection, finds itself obscured by the stinking mountains of intellectual filth that the parsing, cavilling, whining, delusive and self-deluding geniuses that our online commentariat each day generate. That truth expresses itself in a single word: RIOTS. The riots are why the pimp could well win once again. Period. Conversation over. Close the books. Shut down the Internet until November 4.

There was an equivalent word in 2016, of course: IMMIGRATION.

In political conditions like those that inhered in 2016 and that inhere now, knowing the appropriate single word can be a sufficient condition of mastery. It can settle the matter; answer all questions; serve as a philosophical master-key conferring access to dispositive knowledge. It can stand as a shibboleth, a parole, that lets one into the lush Garden of Wisdom.

But the reality of such a word, in its stark simplicity, baffles the Internet geniuses, accustomed as they are to the daily sophistical manipulation of corrupt, moronic ideas by the hundreds of thousands. They simply can’t comprehend that the truth can compress itself, winnow itself, down into the elegance of a single, solitary substantive.

Boy, might they ever be in for a surprise. Much has been written about the mental health crisis in the United States. We ought, in all seriousness, to think about the more localized, but also more acute, mental health super-crisis that will explode among pundits in the event of a second triumph for the Borough of Queens’ most illustrious pander and procurer. The terrifying variable here is the extent to which the pundit population is emotionally sickly to start with. It’s a Petrie dish of a population, a gigantic psychology experiment until itself, disproportionately populated with strange neurotics, 20-year psychotherapy vets, Paxil aficionados, weird contorted victims, borderline cases, morbid introverts.

As subjects of a declining American empire distract themselves with election-year drama, we Russian Orthodox turn our attention to Minsk.

There, events of great historical import are thrillingly in motion. The crisis in Belarusian politics seems likely to culminate in Russian intervention, either covert or militarily overt. And this is likely to set the stage for the political reintegration of the territory of Belarus, the “White Russia,” into the Russian Federation—in accordance, no doubt, with a legal decree issued by the Russian Federation’s Duma, as well as with, one supposes, a Belarusian popular referendum that will confirm an overwhelming will to merge with the fraternal Russian people.

Thus will History, guided by Divine Love, rectify in part the disasters of 1991, when the demise of the Soviet Union severed the Great Russians from their White Russian and Little Russian brethren, violating the organic unity of the great single Eastern Orthodox civilization descended from Kievan Rus. I say rectify in part, given that enormous portions of historical Russia, such as the Ukraine and Georgia, remain outside of the Federation’s political boundaries and even could be said to be drifting, so to speak, farther off into the waters of the fascists, the Westernizers, the homosexualists, the cosmopolitans.

And yet, for the graces we have been given, we give thanks. Holy, holy, holy! Belarus, the White Russia, so called because the late-medieval Belarusians did not miscegenate with the warriors of the invading Mongol hordes, will return to the Russian bosom. And Vladimir Putin will take another huge step toward canonization by the Russian Orthodox Church—the latest beatified Ingatherer of Russian Lands!