Dark Side of the War on Drugs

A review of Don Winslow's new novel: The Cartel 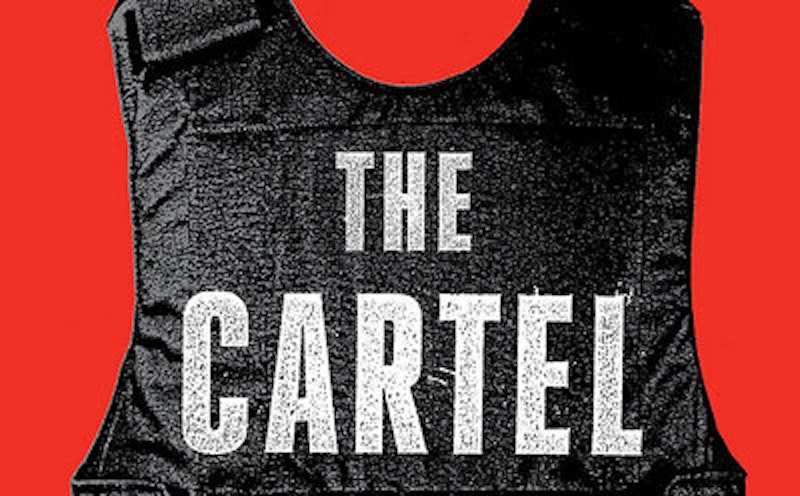 Adán Barrera is in a 635 square-foot cell in Puente Grande Correctional Facility, Mexico's harshest and most secure prison, located near Guadalajara. But Adán is no ordinary prisoner. His accommodations include a king-size bed, full bar and kitchen, flat-screen LED screen TV, and a stereo system. His refrigerator is stocked with frozen steaks and fish, plus plenty of beer, vodka, cocaine and weed for his guests. Adán himself is not a big party guy.

Adán was once the most powerful drug patron in the world—El Senor de los Cielos—"the Lord of the Skies," but he fell from the sky on the other side of the Rio Bravo. He got busted and ended up in 23-hour lockdown, but he "flipped" and cut a deal with the Feds to serve out his sentence back in Mexico. And in Mexico, he still has a lot of pull, enough to live with all the worldly comforts, except for freedom, including a former beauty queen live-in girlfriend. Barrera runs Puente Grande, for all intents and purposes.

Adán is one of the protagonists of The Cartel, Don Winslow's new meticulously-researched, blockbuster of a novel (his 17th) chronicling the mind-numbingly brutal Mexican narco wars of the past decade and the devastation they have visited upon that country. This book is the follow-up to Winslow's saga of the Mexican cocaine-trafficking world from the late-70s until 2004, The Power of the Dog.

El Hefe Barrera was not behind bars for long. When he busts out and goes into hiding, the novel's other protagonist, maverick DEA agent Art Keller comes into the picture. Long ago, Keller and Barrera were friends, but those days are over now. Barrera killed and tortured Keller's partner. Keller had put Barrera behind bars. They both wanted nothing more than to kill each other now.

Keller came out of retirement after Barrera's jailbreak, returning to Mexico to work with the police to track down his arch-enemy. And what a bleak Mexico it is—a modern-day dystopia just south of the border. In the Mexico of The Cartel, 11-year-old trained killers lounge around all day in their rent-free lodgings playing Grand Theft Auto while they patiently await their assignments. Heads are chopped off routinely, and people are tortured for days and then stuffed in barrels and set on fire. ISIS would probably pay good money to do some on-the-job terrorism training with the Mexican narcos.

Keller is assigned to work with a couple of high-level law enforcement agents. They keep tracking Barrera down, but he always finds a way to slip away. Keller wonders who's tipping his enemy off. Maybe it's the cops he's working with. That's certainly how it’s worked in the real War on Drugs. Between 2012-2014, the DEA was in bed with the Sinaloa drug cartel, allowing it to smuggle billions of dollars in drugs across the U.S. border in exchange for information on rival cartels. They didn't bother informing the Mexican authorities, but still consider themselves the "good guys" in this war that can't be won.

The Mexico Winslow gives us with his latest book is a place where there are no clear lines drawn between the narcos, the police, the military and the government. Uniforms and job titles don't mean much because there's massive wealth to be had selling drugs to the North Americans, and everyone is for sale. Cops fail drug tests and polygraphs regularly, and the Army sometimes runs interference for a cartel. Winslow probably felt little need to add many layers of fiction to the dense and disturbing story he uncovered.

What Winslow found was a poor country that has a rich country with a huge appetite for drugs on its border. The War on Drugs never included addressing the drug demand that creates the corresponding drug supply, thus dooming the effort from the start. Criminalizing the sale and use of drugs is the biggest gift a narco could ever ask for, because people are going to buy their drugs from someone.

The patrons have been rewarded for filling the vast void in the market created by U.S. drug policy. They ostentatiously display their wealth and throw lavish parties, with the best food and drink, and top-shelf hookers and blow later on in the evening, but Winslow portrays them as always feeling like super-rich refugees who can never approach any real happiness. Moving from safe house to safe house gets old after awhile, even for a billionaire.

Many of the raids on cartel bosses that Keller goes on are thinly-disguised assassination attempts. That's what it's come to in Mexico in this story. Each side thinks it can kill its enemies off. If your side loses 10 people, you kill 30 of theirs to send a message. Women, children, teenagers, journalists—nobody is spared. Winslow doesn't find any room for humor in his prose because there really isn't any. Things are too grim. He's depicting pure evil like it exists in few other places on earth, outside of ISIS and Boko Haram. The kind of nihilistic evil that completely devalues human life doesn't make for many laughs.

Winslow has done a masterful job of depicting one of history's saddest and most disturbing eras with The Cartel. The 600-page novel details the brutalization of a country where it seems only the narcos, government officials, and the undertakers are getting rich. It's the regular people who are paying the price, of course, and much of the blame is directly on Washington, D.C. The mainstream media doesn't have much interest in covering it though.

I'm guessing writing this book took a toll on Winslow, and wonder if he'll revisit this world again. Reading The Cartel didn't give me the impression—as some of his other work has—that the author had much fun writing it. Perhaps he did it more out of a sense of duty than anything else. I certainly wouldn't blame him if his work doesn't bring him down to Mexico again. One person can only handle so much evil.