Can the Ukraine Problem Be Solved?

Mother Russia has no good options. 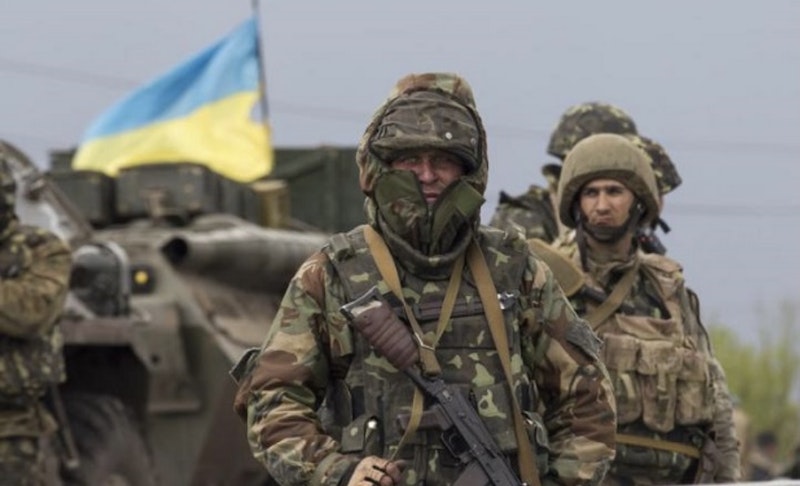 Spirits are high in the Russian Orthodox community—particularly among the American converts—in response to events in eastern Ukraine. The prevailing opinion seems to be that the end is near for the Kiev Junta government and maybe even for an independent Ukraine; that the Russian troop build-up on the Donbass border in response to the Junta’s latest aggressions against the Russian Federation is prelude to a permanent solution to the Ukrainian problem.

My fellow parishioners Chuck and Mary provide a good example of what I’m talking about. After a somber Lenten mass, we emerged from our little church for the usual friendly mingling and Chuck said: “I know it’s Lent and all, but I kind of wish Father Nicodemus hadn’t preached such a depressing sermon. Sure, the Crucifixion of our Lord is coming up. But there’s lots of good news to look forward to, too.

“You mean the Resurrection of Our Lord in His Glory?” I asked.

Chuck blinked at me.

“Sure, that. But I mean that fact that our Russian army’s going to put the Ukrainians out of their misery once and for all. By Easter there’s going to be tens of thousands of Ukrainian corpses rotting in the Donbass sun and our boys are going to be raising the Russian Federation tricolor right there in downtown Kiev, where all the girl-on-girl movies come from.

There was a time when I would’ve shared his willful optimism: the new convert to Orthodoxy, often “holier than the pope,” can be prone to a pro-Russian jingoism that’s a cousin to the American jingoism of our native neo-cons and liberal internationalists, though not a bit as bad—and I used to be no exception. But by now I’ve made friends through the Orthodox community with many immigrants from Russia and its former imperial territories, and they have a different and less triumphalist view of the Russian-Ukraine contretemps.

If I had to distill what I’ve gleaned from my conversations with these immigrants, who know the lay of the land in the former USSR as well as anybody, it’s that Russia faces a harder road in Ukraine than American converts like to think. These immigrants cite Russia’s 2014 failure to violently wrest a “New Russia” out of eastern and southeastern Ukrainian territories as a warning sign—the Kremlin, it seems, overestimated the level of local Ukrainian support for a Russian invasion, if not dreamed it up in the same way that the Bush administration, beguiled by the tall tales spun to it by the sorcerers of the Mossad, fantasized Iraqi support back in 2003.

“It’s not going to work, John,” one immigrant friend explained to me. “It would be nothing other than a long-term military occupation of a big, hostile territory.”

My friend had in mind the Donbass, but his comment applies with even more force to Ukraine as a whole—and that’s a dash of cold water in the face to American friends of Russia. As a Muscovite acquaintance explained to me, Ukraine as a whole isn't only big and hostile, it has a tradition of partisan and terrorist warfare, a tradition that’s closely tied to its national identity.

“Many are the hillbilly towns in that filthy country where some old brigand sits in his unclean hovel—for the Little Russians are an unclean people—basking in the compliments of the younger generation for having garroted honest KGB men 70 years ago and thrown their corpses into bogs. They’re a disgusting people, John. Like the Chechens, all they know how to do is destroy.”

It’s no fun being the bearer of bad news, but I’m afraid that our Russian leaders and Russian armies have no good options when it comes to dealing with the Ukrainian dilemma. A final note to drive that point home: when I asked one Russian-born friend whether historical methods like banning the Ukrainians’ language, killing their intellectuals and priests en masse, or starving them to death by the millions would work this time, she raised an eyebrow.

“Did it work last time?” she asked. “Are the animals less of a menace now or more?”

There’s reason to be filled with foreboding.