His new memoir reveals a connection and a kindred spirit. 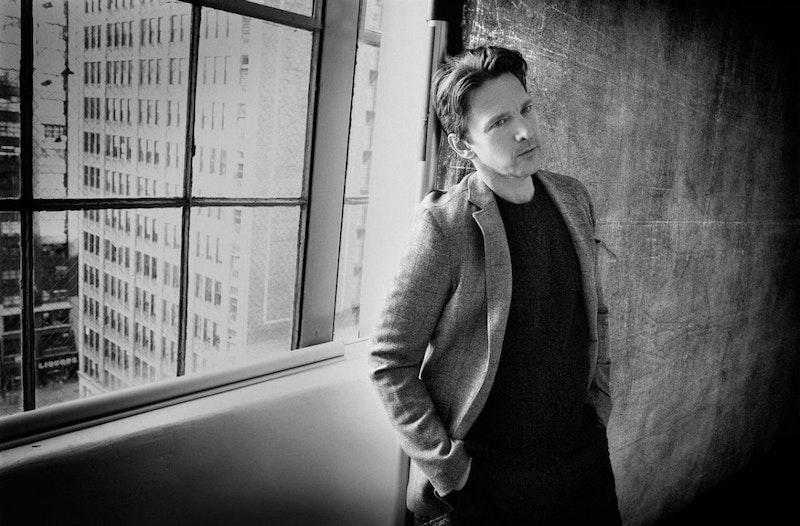 The first time someone compared me to the actor Andrew McCarthy, whose memoir Brat: An 80s Story was recently published, it was June 29, 1985. The movie St. Elmo’s Fire had been released the day before. I was 21 and living in Washington, D.C., where St. Elmo’s Fire was shot, and trying to make it as a writer. My roommate was a bartender. We had friends who were extras in the film.

I was sitting at his bar getting loaded when a girl who knew both of us walked in and said it. “Omigod, you guys are those two guys from St. Elmo’s Fire. You’re the writer”—here she fingered me—and then, looking at my buddy, “You’re the Rob Lowe guy.”

My friend and I went to see the movie. We were appalled. The characters in St. Elmo’s Fire were dickheads. And yet, Andrew McCarthy’s character, Kevin Dolenz, kinda wasn’t. He was a struggling young writer living in D.C. who smoked, was sarcastic, and used highbrow pseudo-intellectual arguments to cover for a volcano of fear and insecurity inside. I didn’t want to admit it at the time, but I did see a bit of myself in him (although I still think I was more like Jerry in The Chocolate War).

Since then, McCarthy has lived a life that, on the periphery, always touched aspects of my own. He was in Mannequin, the 1987 movie that I saw dozens of times when at played at the Bethesda Cinema ’n’ Drafthouse when I was a bartender there in the 1980s. At the time, both McCarthy and I were dealing with serious alcohol problems. I quit in 1990 when I was 25. McCarthy became sober in 1992 at 29. His new memoir reveals a connection and a kindred spirit.

Around 2010 McCarthy began writing for National Geographic Traveler, eventually becoming Editor-at-Large. My father was the associate editor of National Geographic for 30 years. When I was in high school and college in the 1980s—the height of McCarthy’s fame—dad took the family to Ireland to trace our roots. In February 2015, National Geographic published McCarthy's "A Song for Ireland," about finding the house his great-grandfather had emigrated from in the late 1800s.

In Brat, McCarthy exposes his wild life in the 1980s. Born in 1962 and raised in New Jersey, McCarthy began studying acting in New York right out of high school. In 1983 he landed Class, staring the international sex symbol Jacqueline Bisset. McCarthy was 21, and after the film he stayed with Bisset and her boyfriend in their Los Angeles Spanish bungalow. (McCarthy sill uses the PIN code number he was given by Bisset for his own modern devices.) In 1986 came Pretty in Pink, a film that would make McCarthy famous. He stayed at the Chateau Marmont, partied with Sammy Davis Jr., and hit on Courteney Cox, who “was having none of me.” He hooked up with a stripper named Glitter that co-star James Spader introduced him to. McCarthy still had glitter on his face when he showed up for work on the Pretty in Pink set the next day. “Cut!” the cinematographer yelled. “Specks on his face!”

I wasn’t expecting that McCarthy turned out to be an ace writer. Brat is much more than just a showbiz tell-all. It’s a family drama, a history lesson about acting methods and teachers, and spiritual and psychological quest. When he plays the Artful Dodger in a high school production of “Oliver!” and his second show doesn’t go as well as his first, McCarthy is dejected. Everyone, including his family, picks apart his weaknesses, what he should and shouldn’t have done. “In my first beef showbiz outing I had experienced the fickle nature of public adulation, the personal disappointment of stifled creativity, and familial resentment,” he writes. That’s a sentence so elegant even Rob Lowe couldn’t produce it.

Then there came St. Elmo’s Fire and in 1987, Less Than Zero. What is clear from Brat is that McCarthy wasn’t like the other young movie actors at the time. He wasn’t Los Angeles royalty. McCarthy had come from New Jersey and studied in New York. He’d done coke and slept with strippers. He writes that his character Kevin, who comes across as a sensitive outsider to the cool main group, reflected the actual dynamic of the real life actors offscreen. They all got along, but he was different. The one scene he feels most proud of is one in which Kevin, isolated from the other characters, has a conversation with a prostitute in a Georgetown alley.

I was probably right around the corner in a bar when that scene was shot. My own adventures from the 1980s exploded into the media in 2018, during a nasty political hit that tried to drag me into a Stasi-style attack involving the Supreme Court. The media counted the kegs we drank, accused me of buying and selling cocaine, and—something McCarthy can relate to—panned my movies.

McCarthy is pretty much a mess by the time he does Weekend at Bernie’s in 1989. Rehab follows. McCarthy takes up journalism, writing for NatGeo and publishing a well-reviewed book in 2012, The Longest Way Home: One Man's Quest for the Courage to Settle Down.

When being interviewed by Alec Baldwin that same year, McCarthy is “stopped in [his] tracks” at one point. McCarthy’s taking about pulling back from fame when he was at his most popular and Baldwin bluntly drops this: “Maybe you didn’t want it.” This comment leads to self-reflection about the nature of fame, success, desire and ambition. McCarthy offers no easy answers. He’s too intelligent for that. He wanted success, fame, adulation, and got it. Yet it wasn’t the way to build a life. “Well documented to be a perilous ledge,” he writes, “fame is not the ground on which to find one’s footing.”