How free, really, is our will? 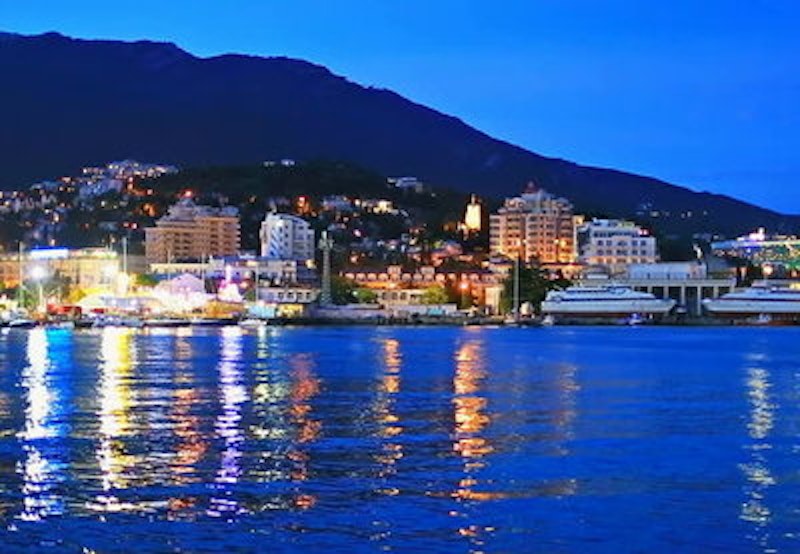 Gregory Djerejian, the acute blogger on Great Russia-related topics, has longed charmed me by illustrating his Twitter page with a nighttime photograph of the harbor in Yalta, Crimea. I assume he does this as a gesture of support for Great Russia’s liberation of the Crimea peninsula from the Kiev Junta fascists and their jack-booted lackeys among the genocidally anti-Russian Crimean Tatars.

I regret that my trip to Russia in 2016 didn’t include a sojourn in Crimea. Part of that is because I’d have liked to spend time in a part of the world rejoicing in its liberation from the specter of NATO and the prison-house of Western liberalism. But it’s also because I have an affection for port towns that maybe only a son of the landlocked Midwest could feel.

I often think that if I hadn’t attended law school and embarked first on a career as a lawyer and then as an organic farmer (our Benedict Option community is really a small organic farm), I might have drifted to a port town and joined the raffish life of the docklands and the rough-and-ready waterfront taverns.

I picture myself in olden times, sharing grog with whalemen on a foggy night. One of them is a tattooed savage, a South Seas islander as gloriously bald-headed as Djerejian himself. Maybe we squeeze each other’s hands under the table in a gesture of the unity of all Mankind. Maybe, like Ishmael and well-proportioned Queequeg, we share a bed in that over-crowded inn, huddling chastely together under the blankets to ward off the cold.

Or maybe I am the innkeeper. I offer gentlemen shelter at a reasonable price, inviting them graciously to my board.

“Come in, sir. Do step towards the fire. Oh, but your hands are cold. Would you like to warm them? Do you desire a bath?”

Ah, the road not taken. But then, how freely chosen is the path we take in life? How free, really, is our will? To what extent is our path foreordained, written in the Book of Life by the Almighty God?

These are questions for the wisest theologians. For the rest of us there is only blind faith, and the trudge along the path of life—through suffering, towards death.

Predictions are a fool’s game, true. But it seems obvious to me that 2018 will see the reckoning that we paleoconservatives have long feared—but also, in a certain sense, looked forward to, as fulfilling our prophecies of the miserable fate of the post-Enlightenment West.

In a phrase, next year will be the one in which Western civilization, as a civilization defined by Christianity, will die. Periodization is a tricky business for a historian; but it still seems clear to me that when the gravestone is propped up in the pauper’s field in which Civilization is interred, the second of the two dates on it will be this one: 2018.

We have come too far, too fast. The centrifugal forces of “liquid modernity” are too strong. The skeleton of Christianity has disintegrated, leaving the Western corpus soft and vulnerable.

“Post-Christian” Americans, I believe, will within the next 12 months turn on each other, their violence littering the theaters of the Next American Civil War with millions of corpses—bloated and suppurating on the plains of the Upper Midwest, heaped under clouds of vultures on the streets of Los Angeles and Manhattan, floating in their entrail-tailing legions down the Hudson, the Charles, the Missouri, the Schuylkill.

The barbarians, having breached the boundaries of our Benedict Option community here in Indiana, will find that Mother, Daughter, Brother Aiden, Sister Marie, and I won’t neglect our holy duty. We’ll die like Christians, welcoming martyrdom. We won’t shrink from the sword, but grab at it, clutching the wrist of the murderer to guide the steel faster to our throats, then giggling with joy as the blood pulses from our gullets into the sand, and our lifeless bodies hunch over in ecstatic death, to await the worm and the jaws of the wolves.

FATHER FORGIVE US, FOR WE HAVE SINNED.

DURING THIS VIGIL OF SAINT PHILIP, LET US VENERATE THE MARTYRS.