Best Wedding of the Decade 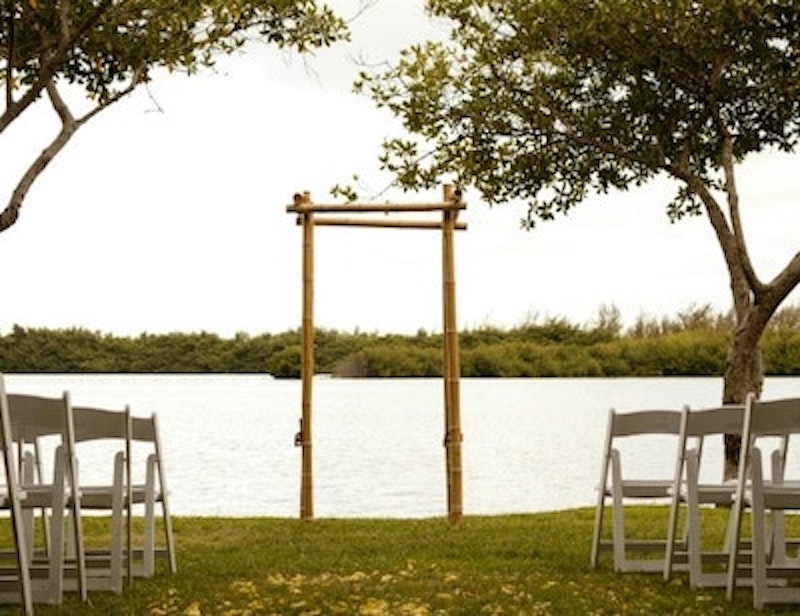 Last weekend, I attended the first and only wedding I plan on going to this decade. I’d seen three of my uncles marry when I was younger, but this was the first time it was a friend and I was "of age.”

It was a four-hour trek from my hometown of Marshfield, Massachusetts to Bangor, Maine to visit my friend, who’s seven years older and someone I've known for the past four years. I had to look fresh on the big day, so I splurged. I packed a collared shirt into my suitcase. I went to some place in Pembroke, MA that cuts hair and got my annual haircut, an unpleasant process where I was asked for my name, home address, and any odd specific preferences. Nah, I just wanted a shaved head since my hair was long, and still left disappointed that they didn’t cut it as short as I asked. I miss the days when the guys who cut your hair would step out for smoke breaks and talked all about Boston sports. At least now my head was a little more tick-proof.

On Wednesday night, I went to bed so early that I missed the Red Sox game which delayed. I left at five on Thursday morning. I ended up in Maine a little before 10, disappointed I didn't make better timing. As I told the bride and groom, I thought leaving that early would ensure I'd miss that 9-to-5 traffic grind, but then realized while sitting in traffic in Boston that I don't actually know anybody who works from 9-5 anymore.

The bride had to take one of her daughters to a doctor’s appointment, so my friend and I hit the Penobscot River in search of striped bass. Growing up in Massachusetts, I've had terrible luck going for stripers, but at least this spot also had some freshwater offerings as well. No luck on my part with a Gary Yamamoto soft bait and the Spiderman fishing rod and reel setup I’d recently bought at Walmart. I'm better with live bait and smaller hooks but then again, so is everyone.

When we got back, we cracked into some Hell or High Watermelon beers. A few weeks prior, a friend of mine who lives in Manhattan had shown me the wonders of Montauk Brewing Company's Watermelon Session IPA, so bringing something similar to Maine was an easy choice.

That night, one of the groom's lifelong friends from Colorado came into town for the wedding with her girlfriend and stayed with the bride and groom. Great people. Not surprisingly, the groom's friend also got stopped multiple times while out in public because she was popular growing up and people were stoked to see her back in town. I would be as well.

The following day, there was a wedding pre-party where I hit it off with one of the groom's friends who’s big into the Red Sox/Sea Dogs and is a medical marijuana caregiver as well as the groom's dad. The three of us also ended up sitting together at the wedding with hours of great conversation. I'm not the most outgoing person, but can talk for hours on subjects of interest like sports/outdoors, food/beer, travel and government (not the day-in and day-out partisan bullshit, but real ideas).

The wedding was excellent. The ceremony took place at a spacious salmon club along the Penobscot River. The officiator wrote the bride’s two girls into the ceremony, which was really nice. The attire for the attendees was on the casual side—which was awesome because it was 95 out and the only time I don't dress casually is if it’s to eat in an upscale restaurant or required in a pro/college team's press box.

However, the bride looked beautiful in her dress, so I had to tell her straight up. The two rules I had jokingly set for myself before the wedding were don’t black out and don’t hit on the bride, so I’d say I succeeded. A rare but genuine compliment of someone’s appearance isn’t the same as what some guys I know use as their opening lines on Tinder. The latter grosses me out and encourages bad behavior on both sides.

Admittedly, I did ask both the bride and groom with their kids in the car on the way back to their house if the groom had officially reached DILF status now that he legally had two children. Not politically correct, I know. I was lucky to spend time with people who were not offended by everything.

The newlyweds trekked to Florida for their honeymoon the day after their wedding. I left their house early in the afternoon when it stopped raining. On the way back, I hit Famous Dave’s in Scarborough, a BBQ restaurant in which I saw Red Sox GM Dave Dombrowski eating at the Fort Myers location about four months ago. No sign of Dombrowski this time, but was happy to eat some BBQ for the second straight day. I’d eat it seven days straight, if possible. Weirdly, they’re a no-straws establishment. As my now-married friend and I are both fans of the “own the libs” meme, it was fitting. This time, however, it was the cons being owned as they seem to love plastic straws. I take no hard-line stance on straws other than the paper ones suck and some people with disabilities need the plastic kind.

When I arrived back in Massachusetts, the heat index was around 110 and gas was 30 cents more per gallon than what I paid to fill the tank on the way back from Maine. It was a poor hero’s welcome for someone who won the school a high school football state championship five years prior. I got just one free breakfast out of that—and it was the day after the title win—so it’s been underwhelming overall. Not really any benefits to be reaped, especially since bringing it up in casual conversation sounds too obnoxious. I’d settle for free drinks for life at every establishment in town.

Overall, I got some good life advice from the groom, met some great and interesting people and enjoyed the experience. I don’t think any of my other friends are on the verge of getting married anytime soon. Maybe there will be a few to go to in the 2020s. If so, I’m looking forward to them as well, although it would be quite hard to top this one.