Our future is uncertain. But we have trains. And any day we like, we can take a ride. 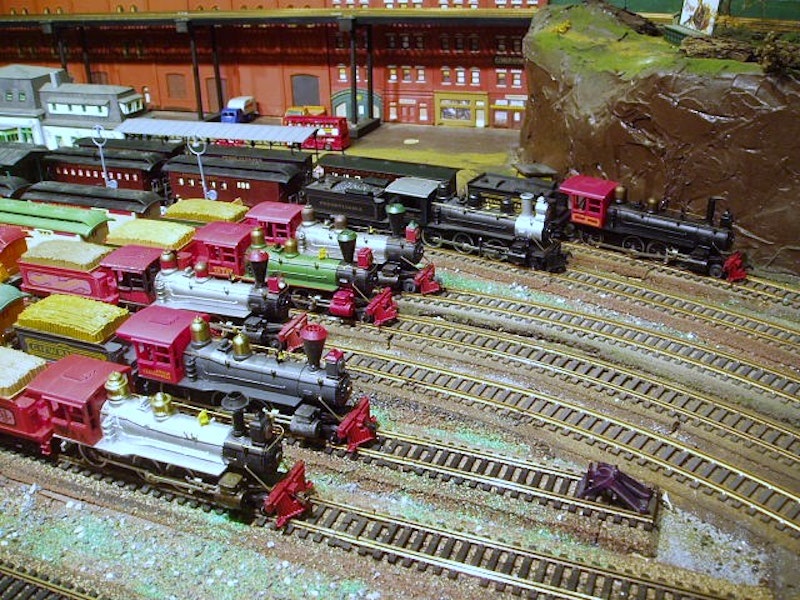 Trains: Trains are awesome at any age. They go "Chug-a-chug-a choo-choo,” and you find yourself watching your two-year-old watch the steam engine’s puff of smoke and the Redwoods as they dance by. Sometime in the not-to-distant future, we’ll have an electric train set with a very small locomotive meandering through our home.

Hugs: Hugging may sometimes lead to tackling. High-fives are safer though less rewarding.

Graffiti: The craft of graffiti often starts before a child can even identify spray paint. A simple red crayon and a restaurant booth will do.

Caterpillars: There’s no limit to the number of times one can watch or read The Very Hungry Caterpillar, which may or may not subconsciously promote binge eating.

Jaguars: You may see a jaguar... asleep in a hammock, probably at a zoo.

Circling: Two dogs. One toddler. So you circle the block endlessly and try to appreciate the East Bay's chilly summer mornings and sun-drenched early evenings, while a heatwave radiates down on most of the country’s sidewalks.

Routines: Having a toddler, job, marriage and some friends... don't expect to have a writing routine. Just find time wherever you can steal it, and stop competing with yourself. Instead, allow for small windows of time to exist and use them.

Age: Age doesn't matter too much except when bending down to pick up small objects and other not-so-small objects, such as a 30-pound toddler. Then age seems to matter a little bit, and you recognize that the next birthday is your 40th. Age doesn’t matter too much except when your aunt dies suddenly of cancer or your friend’s mom dies, or your brother’s friend’s wife, about your age, dies of cancer, and her husband and one-year-old boy are left to pick up the pieces and continue on. Months into years. Phases of life. Chapters of moons that wax and wane in the midnight sky.

Pre-Preschool: Most people know of preschool, but they may not have heard of pre-preschool. Since we don't have our little one in day care, and we'll start her in preschool soon, I have a 30-minute break every Wednesday, during which she does preschool-like activities with the Gymboree teachers. Gymboree is like tiny gym class with less body odor and more dancing and bubbles.

During this pre-preschool class, if a two-year-old is inconsolable after 10 minutes away from their parent or caregiver, then a phone call’s made and the toddler is taken out of the class and given back to their familiar adult. Wednesday was session #2 for our daughter. She cried immediately the first time, but I didn't get a call and there was documented footage of her playing with a puzzle. She managed alright for the first time. This time, as I returned to the building, a toddler was outside the building, in the arms of the teacher, howling. From 30 feet, it looked vaguely like Rebelle Harmony, though the cry was different. Some part of me started to panic. The type of cry that is sheer terror and hyperventilated panic from a toddler. I got closer and it was clear it wasn’t her. All was okay with the world. As I went inside to sit down for the final 10 minutes of separation, my mind drifted to the border nightmare of separated children in inhumane conditions. Children born into brutal situations, whose families push north with hope. And at this particular American moment, our country’s administration silences any hope, blames the victims, and tries to hide the truth.

Our future is uncertain. Our planet is overheated and opportunity is shrinking. Our upcoming election is one of desperation, in which democracy will again be tested. But we have trains. And any day we like, we can take a ride.