God would sometimes throw his voice at a person like a ventriloquist. 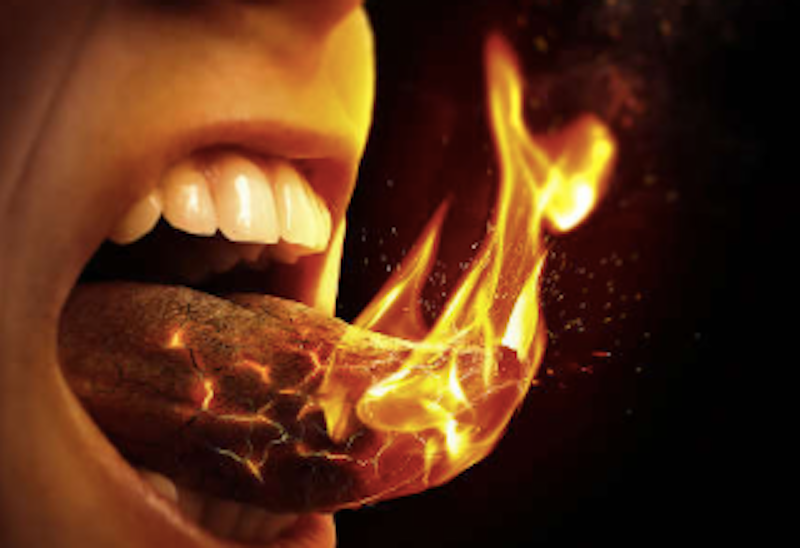 My high school girlfriend Darlene led me to Christ at age 17. It happened after three months of seeking refuge in Wicca, only to find it exacerbated my clinical depression. One night in October, a few weeks after we started dating, she called me after her church’s Wednesday night Bible study. I immediately started crying, tired of being bullied, tired of wrestling with questions that had no answers, tired of living. She spoke with a comforting voice about how God is waiting for me to turn to him and let him be the father I never had. As she spoke, I felt a presence in the room, as if the Holy Ghost was wrapping its arms around me and whispering, “It’s okay. I love you.”

“You win, Lord,” I said as my conversation with Darlene ended. Now that I’d been reborn, the next step was to find a church, and since I knew nothing about church denominations, the best place to start was Darlene’s church.

Her church met every Sunday and Wednesday at our high school while their physical church was being built. The first time I went was a Wednesday night for Bible study. I arrived 15 minutes before it began. Darlene wasn’t there yet, running a little late. I stood awkwardly in a corner and observed all the other congregants arriving. They were all mostly middle-aged people, and mostly white, although there were some Black congregants. There were even some interracial couples, which I thought was cool. We filed into the band room and sat at desks. The associate pastor, Pastor Steve, led the study. Darlene arrived 10 minutes later.

The Bible study was very relaxed, with congregants frequently raising their hands to chime in on how the Bible passage being discussed was relevant to their lives. Things got weird at the end during prayer; while Pastor Steve prayed, the congregants sounded like they were having orgasms. “Mmm, yes Lord... thank you, Jesus... oh hallelujah, Lord... YES, LORD, YES! HALLELUJAH! THANK YOU, JESUS!.. oh, thank you, Lord... amen.” Still, I thought that’s what church was, so I kept attending.

The head pastor, Pastor Carl, returned the following week. As soon as he came in, congregants followed him around as if he were a celebrity. He was a great speaker, but his wife Jane—whose hairdo was bigger than Tipper Gore’s circa 1985—kept murmuring, “Thank you, Jesus” throughout the lesson. There was also a man there named Petey, a big guy missing two front teeth who greeted everyone by saying, “Praise God!” He mentioned that night how Jesus saved him from a heroin addiction, which would explain his enthusiasm for God. The most evangelical ones, I eventually figured out, always carry the most shame.

One congregant named Paul took a particular interest in me over time. Whenever we chatted, he turned everything I said into a sermon. “What’s going on?” he’d ask.

“Oh, nothing much,” I would reply. “Just trying to survive high school.”

“Well you know, the Bible says the fear of the Lord is the beginning of wisdom. Sure, you can learn about math and history and all that other important stuff in school, but they don’t teach you what truly matters, which is to obey the Lord. See, that’s why the world is in such turmoil now; it’s because we’ve all forgotten Jesus” and he kept going on like this until finally his wife reminded him that they had to go back home.

Even though the church was nondenominational, I soon learned that it was a charismatic church. Every day was Pentecost; the Holy Ghost frequently showed up to rain tongues of fire upon the congregation, making everyone spontaneously speak in a weird language. God would sometimes throw his voice at a person like a ventriloquist, using the individual to prophesy over a random congregant. (Two different members told me God had big plans for my life, which is ironic considering I’m a queer trans atheistic Buddhist now.) I wondered if something was wrong with me because while everyone else experienced the Holy Spirit as a fire—the reason why Pentecostals look like they’re stomping out a fire when they “receive the Spirit”—the Spirit felt more like a gentle breeze against my face.

I mostly went to Wednesday night Bible study, but occasionally attended Sunday service. The first one was on Easter. Sunday services were held in the school gym, which gave one woman plenty of space to dance down the aisle during worship (although it was more like rhythmic skipping than dancing). Pastor Carl switched from his Bible study teacher voice to shouting like Robert Duvall’s character in The Apostle. Petey and Jane howled praises throughout the entire service, whether they were leading worship or listening to Pastor Carl’s sermon. “That was weird,” I thought by the end of the service.

The second Sunday service I attended was on my 18th birthday. There was no sermon; as soon as Petey and Jane were done singing, Pastor Carl immediately got everyone to run around the room like Joshua circling Jericho. The rest of the service fluctuated between Pastor Carl speaking in tongues, dancing/frantically stomping before the Lord, and getting everyone to sing along to songs I knew nothing about. Hands were placed on random congregants to free them from whatever demons were inside. A girl named Brittany fell to the floor laughing. I felt my chest cave in around my lungs, nearly suffocating me. The other congregants must have noticed because soon hands were on me and prayers were shouted in an indecipherable language to God to deliver me from evil. I finally left after an hour and a half when Pastor Carl started singing to an elderly woman as her dead husband.

I stopped going to that church for a few weeks but came back after thinking maybe I was too judgmental. Just ignore the holy roller stuff and focus on hearing God’s Word. The second time I left the church was shortly after 9/11 when, during Bible study, Pastor Carl and the rest of the congregation gleefully talked about how the terrorist attack was the beginning of the apocalypse. I wanted comforting words to help process a national trauma, but instead heard that things will only get worse. The last time came in 2003 when the debate over gay marriage began. Every week during Bible, the congregation expressed their disgust over homosexuality (they never used the word “gay”), and how it makes God throw up. Apparently, God loves everyone except those nasty queers. I haven’t been back since.