Bearing the Burden of DNA Honesty

DNA testing makes fools of us all, doesn’t it? 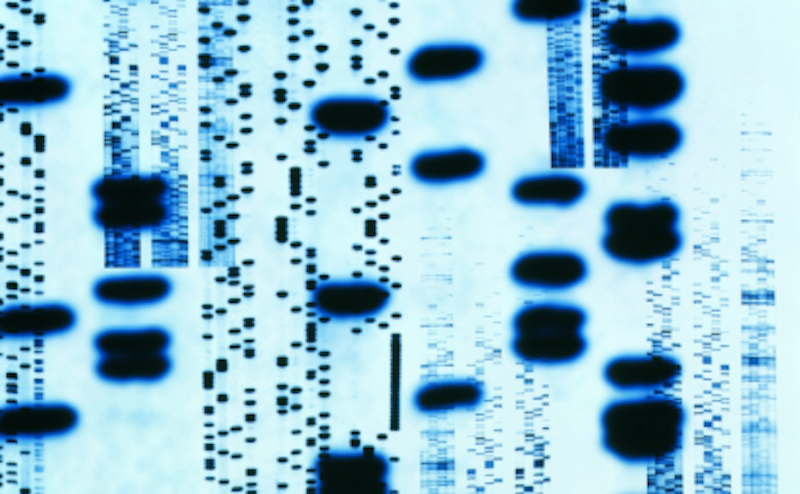 When it comes to Scottish surnames, Douglas is among the most historically rewarding last names you could be born with. Aside from the fact that it means some variation of “dark stream” or “black water” in the original Gaelic language, which sounds exceedingly cool, it’s also derived from one of the most powerful families in the history of Scotland.

The House of Douglas is responsible for prominent branches of Scottish nobility, including both the Black and Red Douglases. These lines include the Earls of Douglas, the Marquises of Queensberry, the Earls of Angus, the Earls of Morton, and several others. The most famous Douglas of them all, James “The Black” Douglas, is still one of Scotland’s most renowned heroes. His depiction in Outlaw King—the Robert Bruce biopic—had those of us blessed with the Douglas surname terrifying their fellow gym goers with cries of “Douglassssss!” while ripping off intense sets of weighted pull-ups. Trust me; I know.

Individuals bearing the Douglas surname who’ve been genetically proven not to be descendants of “The Good Lord James” have been left crestfallen. Admittedly, I took satisfaction in the knowledge that I bore the same Y-haplogroup as the Douglas descendants who’d been genetically proven to be derived from the same line as The Black Douglas. That was good enough for me, even if I hadn’t been able to reliably trace my Douglas(s) family tree back beyond the 1730s.

I was content to wear scarves and dress ties featuring the Douglas tartan patterns, adorn my suits with lapel pins of the Douglas family badge, and feel secure in my descent from at least one of the aforementioned noble Douglas houses. Thanks to my surname, I had no question about my descent from nobility, which is a frequent desire of those who submit to DNA testing in the first place. I wasn’t descended from a king, but an earl is nothing to sneeze at, right?

So certain was I of my connection to the ancient Douglases, that I would’ve fallen into the category of Americans that have expressed the least interest in genetic heritage testing because they’re so certain of the outcome. Like many of them, I was also proven incorrect in my assumptions about my family’s ancient origins.

I never imagined that the true reason for that inability to research my family beyond Mr. Phineas Douglass of the 18th century might have something to do with the fact that we weren’t actually Douglases at all. Imagine my surprise when I received an email from a distant cousin three months ago, informing me that his Y-DNA had been examined by the most advanced means available to modern geneticists, and that he’d been grouped with the MacDougalls and the MacDonalds.

His email also dropped another shocking nugget of information: His genetic signature made it a near certainty that he was a lineal descendant of Somerled—the former Norse-Gaelic chieftain of the Kingdom of the Isles in the 1100s, which was a territory comprising the Hebrides, the Isle of Man, and the islands of the Firth of Clyde.

I must give credit where it’s due. If it weren’t for modern DNA testing services like the Big Y Test of FamilyTreeDNA, I never would’ve known that my family had been carrying around the wrong surname for at least the last 300 years. On one hand, it’s shocking. Do I feel a little silly about being so militant about learning Douglas family history and flashing the family gang colors at every opportunity? Absolutely. Do I feel weird about knowing that the legitimate surname of my birthright sounds (admittedly) a little bit goofy? Definitely.

On the other hand, who really cares? When I thought I was an inheritor of the Douglas legacy, what did that really do for me in a practical sense? I didn’t carry the heart of Robert Bruce into battle with the Moors in Spain like the Black Douglas. I never ruled over any part of the Scottish Lowlands like so many of the nobles who bore the Douglas surname.

Now that I know I’m a true MacDougall, and the product of a hybrid Scottish-Viking lineage, nothing has changed for me in that regard, either. I was never the self-styled King of the Isles. I never participated in a raid against a coastal village (thank God), and I’ve no interest in ever wearing a kilt. I concede that the shows Norsemen,Vikings, The Last Kingdom, and to a lesser extent, Thor and How to Train Your Dragon, have all become marginally more interesting to me.

I’m not changing my last name.

If anything, attempting to establish some level of a connection to the ancient accomplishments of my ancestors is the most alarming and lazy grasp at an unearned privilege that I could muster. If my life is ever in shambles because of my own shortsighted or misguided actions, knowing that I’m a distant relative of a hybrid Viking sea king isn’t going to make me feel any better, let alone do anything practical to fix my unfortunate situations. In fact, in some moments, the latent knowledge of my heritage is a reminder of how much the prestige of the DNA has been diminished on its near-millenia-long journey from Somerled down to me.

The knowledge of who my earliest traceable paternal ancestors are is an interesting discovery, and an answer to where my “Douglass” ancestors ultimately derived from (answer: Argyle, Scotland), but it also fuels my fears. I need to earn some victories and amass some achievements of my own if I’m ever going to believe that my own actions have value. That way, I won’t be sponging off the achievements of long-dead people that I’ve never met as if they somehow elevate my value today, and I also shouldn’t allow their ancient identities to guide my modern actions.

If the identity of a person I inherited DNA from 900 years ago is the most interesting or important thing about me, then I’ve truly failed at life.