Her love shaped my world. 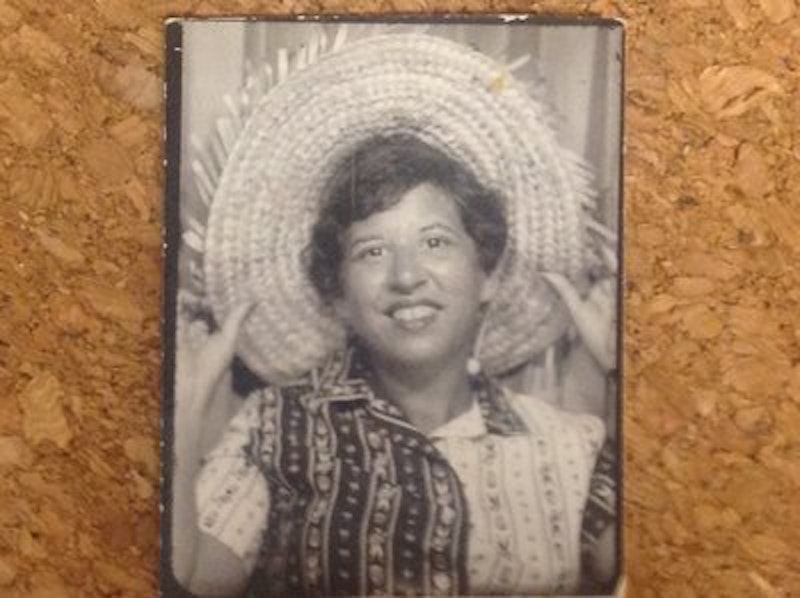 Growing up I was blessed to have Aunt Helen. She was my confidant. We had an unspoken bond until her death a few years ago. I will always miss and think of her daily. Aunt Helen was my mom’s kid sister. The outside world never sees everything that goes on behind closed doors. We were a dysfunctional family, although that term wasn’t yet popularized. We were messed up but like all families we put up a public persona. Aunt Helen knew it because she was there most of the time and saw the brave front that made everything appear normal. Normal was a reflection to weekly television shows like Leave it to Beaver, The Patty Duke Show, and Father Knows Best. In reality we were closer to The Addams Family, The Munster’s, Twilight Zone and The Outer Limits. On a regular basis it was a Lawrence Welk Show kind of scene.

Aunt Helen witnessed our home life first-hand and spoiled us to make up for the shabby treatment we received. The older generation grew up as depression kids and through the hardships of WWII. As the children of immigrants, they were discriminated against and had to take every opportunity available. They were so poor they didn’t even know it. They believed if you worked hard and saved every penny you could buy a slice of the American dream. Spending money was for paying bills and buying food, not frivolous things like vacations, movies and records. I’m hard pressed to understand Aunt Helen’s constant big-hearted generosity and was amazed by her unconditional love that was so abundant after surviving poverty and a world war. Prosperity was always just around the corner.

She worked 35 years as an office supervisor for the Social Security Administration in Woodlawn. She never married and lived at home with her parents until they died and stayed on in their family home until she was physically unable to go up and down steps. I lived there in a second floor apartment off and on for many years. We were two oddballs who shared a sense of wonder and humor about the world. She taught me how to laugh and how to make others laugh. Laughter was our defense against a modern society neither one of us really wanted to be a part of. She could’ve fronted her own “Me Too/Times Up“ movement back in the late-1960s. Women’s liberation was making huge advances, but in her opinion they could’ve demanded more. Equal pay for equal work was nothing new. She saw the disparity back in the 60s when her male counterparts in the office got the pay raises and easier jobs and she was held back year after year. She was sexually harassed in her younger days. The same assholes who were getting the pay raises and better jobs.

Aunt Helen saw the hypocrisy and lies of a country gone crazy with the Vietnam War. She knew discrimination, racism and bigotry were everywhere. She also knew organized religion was a hoax, politicians were a con and neither were on our side. I remember when she retired how happy and relieved she was. We celebrated and had a party. She was always happy even when things weren’t so good. Celebrating life was her thing. Fun, food, and laughter was her way of life. She could turn a bad situation into a laugh fest.

My first memories of Aunt Helen came when I was still in diapers. We lived in a rowhouse. My siblings and I played in a backyard that was nothing more than a cement pad surrounded by chain link fence, like every yard up and down the alley of identical homes. From my bassinet I could see Aunt Helen walking toward us from a distance. I’d get so excited and would scream louder than the barking dogs nearby. I was told I stirred up such a racket that even the neighbors would come peering out from their back doors to see what all the commotion was about. This event played out most weekends. Me wailing and screaming, dogs barking, and metal crashing and banging. Maybe it was because I knew she always had big bags of candy, toys, and baked goods from the local bakery or just because I loved her more than anything I could imagine in my baby pea brain.

I’ve come to realize over the years that she believed in me no matter what. Not that my parents didn’t believe but her unique understanding gave me the encouragement and support that was lacking on the home front. She made everyone feel special. Anything was possible and nothing’s too silly or childish. She allowed me the freedom to pursue my dreams. She taught me how to laugh at myself. Her acceptance got me through many strange mad years. Her love shaped my world. Her sense of humor made that world a better place. She had the uncanny gift for making everything alright with just a few comical words. She wasn’t very religious but was spiritual. This world could use an Aunt Helen attitude adjustment right about now.