Attacked on the Street 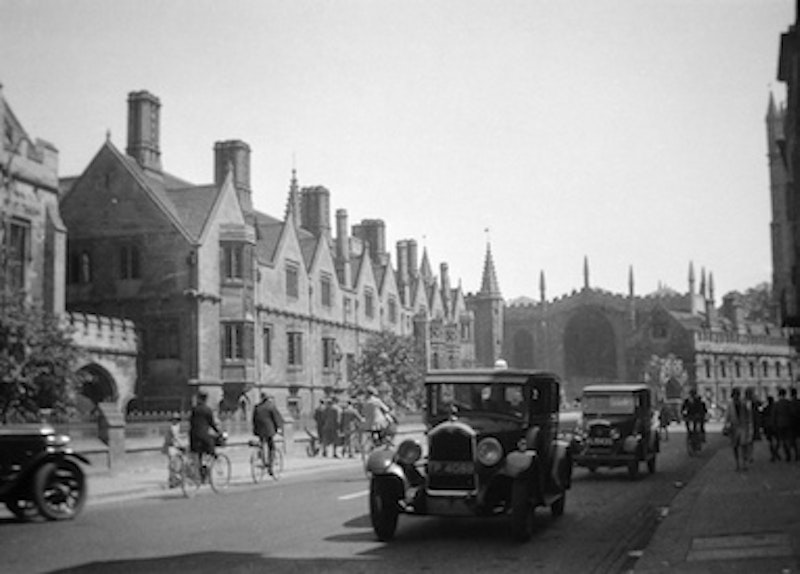 Dai Hong’s shitbox Accord got stolen while we were in a diner. It was November in Missoula and snowing hard that day. We stood in the lot and looked at the space where he’d parked, a depression in the snow like we’d arrived late to a funeral and now the grave was all filled in. The Accord was worth about $100, but Dai’s uncle had given it to him back in Fresno and it had sentimental value. So something had to be done. Besides, we were MFA students at the university, which meant we were perpetually broke. Having a car in winter was like having a cousin in the mafia. You didn’t want to rely on him all the time, but when life got desperate, you felt he might be able to fix everything.

The cops were parked a block away, having their morning coffee. Their windows were rolled down, which made no sense given the snowfall. But I don’t understand cop stuff. I remember everything about the moment we walked up: how their breath was as thick as the steam off their coffees; how their cups didn’t have plastic tops but were sky blue and had playing cards on the sides. I remember the uninterested looks they gave Dai when he told them some guy just stole his car. And how one of them took a sip, nodded, and said, “So go kick his ass.”

These details are trivial, but they entertain me. They stay with me because I’m an introvert and I spend my time looking at life through a filter of fanciful assumptions and magical fantasies. The vividness of that moment, the way the snow was falling, the bovine expressions of the two cops, the blackjack game on their coffee cups, the enormous sense of bitter absurdity—like someday we’d laugh but not today—has communicated profound truths to me over the years. And the foremost truth is this: if you’re waiting for justice from human institutions, settle in and get comfortable. As a friend back in California recently put it when Trump defunded Obamacare’s navigator program: “We best heal ourselves.”

There’s nothing noble about desperate self-reliance. It’d be a much more beautiful and noble world if we could believe in or even minimally rely on the systems designed to protect us and ensure the quality of our lives. But any idiot knows if you want something done, you don’t walk up to the cop car in the snow. You call your cousin, Vincenzo.

Any idiot, that is, except for this idiot, who spends his time writing short stories that don’t make any money and working dead-end jobs in order to keep doing it. At 44, I’m a highly-educated, fairly well-published editor and literary writer who’s just clever enough to keep going as long as the other non-career parts of my life can function autonomously. I lead a highly compartmentalized existence. Through willpower and self-discipline, I get by and am able to do what I need to do. But recently things fell apart when I was attacked on the street. Unfortunately, I don’t have anything like Vincenzo’s number out here in England.

I’m fine. I came out of it with nothing more than a few scrapes and bruises. But it reminded me of that day with Dai Hong and his stolen car. And it inspired me to write this article because, as messed-up as Montana was 18 years ago, it was still a place where we could ask around at bars and card rooms and eventually locate the car. In spite of the violence and cartoon ignorance of Missoula’s criminal underclass, it was possible for us to negotiate the return of a shitbox Accord without further insult or injury. But Oxford’s still angry about things that happened in the Middle Ages. Oxford doesn’t want to negotiate with you. In fact, it despises you.

In order to tell the story of how I got attacked, I have to describe the street culture of this place, where I’ve lived for about five years. Everyone thinks of Oxford in terms of what they’ve seen on television—sweeping libraries, Restoration statuary, fine wines, posh accents, Inspector Morse, and ivy. And those things are here, just like people think San Diego, my hometown, is defined by a beach and a giant acrylic tank with a happy killer whale who does backflips. Shamu is indeed there. But no one talks about the gang problem in East San Diego, the drive-bys, the rampant poverty hidden away in ugly neighborhoods not on the tourist maps.

Similarly, no one talks about the ghost of English class warfare that still haunts Oxford’s streets. It’s why every building here has bars on its lower windows. It’s why the wrought iron spikes on top of the walls are actual spikes designed to inflict grievous bodily harm. It’s a very old place with very old problems, one of which is a tendency in the peasants to get angry and a bit murderous.

They still do. My favorite threatening police notice can be found on the sides of buildings and on telephone poles all over town. It has an intimidating picture of staring eyes over a warning about “antisocial behavior” in public. This translates from UK municipal parlance into: if the bobbies see you raising a ruckus, they will definitely hand you a beating. At the same time, one gets the impression that these warnings are not aimed at the entitled, pampered university students as much as at Oxford’s legion of homeless and near-homeless. Have a schizoid episode in the public square and, if you’re dirty and toothless, the police will be on the spot. If you look like you just stepped out of a Ralph Lauren commercial, probably not.

It’s that way everywhere in the world, but palpably so in Oxford. There’s a hidden side here which is expressed through subtle shades of cruelty: ribs and bumps designed to keep rough sleepers off benches by the train station; perpetual sirens up on Cowley Road (where one sees a lot of hijabs and turbans) but rarely near the university’s ivy-covered facades; walls, gates, and pass-cards for everything; and the ubiquitous CCTV presence that has unfortunately come to define England in recent years as a place obsessed with surveillance.

Most days, I move through this terrain without incident. I have a library card. I go to the market. I read in restaurants. I’m polite and quiet, which is the way I prefer to live. Because I work primarily online, I spend a lot of time at my desk at home, writing or conferencing on Skype. I don’t own a car and I don’t need to, which is another difference between Missoula and Oxford, both of which are relatively the same size. In Montana, a car can save you from the weather or when you have to drive to Anaconda for a refrigerator part or your friend gets in a drunken fight up on the Flathead rez and needs immediate extraction. But in Oxford, you have different problems. And often, even as a foreigner who can pass as English (provided no one hears my accent) I witness those problems playing out in front of me on the street.

I was walking down a narrow way near Radcliffe Observatory, which is an imposing beautiful structure built in the 18th century, something I always enjoy looking at on my journeys across town. Foot traffic was heavy and even more congested than usual because the cobble sidewalk was being replaced. The workmen had set up a temporary pedestrian corridor with orange plastic barricades and what used to be sidewalk was now a trench with a backhoe in it.

Moving along, in the stream of traffic, I was (ironically) criticizing myself right then for falling into the cliché of the disenchanted expat who’s lived in a foreign country long enough to pass the “honeymoon phase” and become vexed by its social problems. In fact, I’d just decided to focus on the beauty of the place, on the kind and intelligent people I’d met in my time here, and on the local history. Every place has it’s positives and negatives, I thought, it’s ups and downs and I need to emphasize the good things in Oxford, of which there are many.

Would you believe I was actually thinking these things when a toothless disheveled mentally ill-looking man passing the other way suddenly threw his shoulder into me as hard as he could? In high school we called it being “body checked.” I was taken completely by surprise. He knocked me through two barricades and almost into the trench with the backhoe in it. My laptop and papers flew through the air and it took me three tries to stand up straight and climb back to the street. By then, he was blocks away, running, stooped over slightly. I’d been taken out by Quasimodo in broad daylight.

The workmen standing by made fun of me in toothless Cockney and asked if I was going to stand for that. Not one offered me a hand. The passersby, most of whom looked like extremely clean university undergraduates, averted their eyes and walked faster. The only person who managed anything non-insulting was a portly Russian woman, clearly a tourist, who stopped and asked if I thought that man was on drugs. I looked at her the way I’m sure I looked at the cop in Missoula who said, “Go kick his ass.” It was a non sequitur moment of the highest order. She might as well have asked me if I thought he was secretly a purple kangaroo. She moved on. Traffic flowed around me. That was it. I went home and cleaned my scrapes.

There was a time in my life when I would’ve gotten my oak tire knocker and devoted the rest of the day to looking for the guy. Thankfully, I’m no longer that kind of person. I like to believe I’ve grown into someone more thoughtful. He was clearly homeless and penniless. I don’t know why he hit me like that, but it was pretty clear from his appearance that life had done things a hundred times worse to him. It was also clear that if he did it to me, he’ll do it again and eventually he’ll catch a blade or another beatdown. I hope not, for his sake, but that’s usually the way mental illness goes. Maybe he was trying to get arrested. Maybe he was looking for a beating.

On my way home, I gave a homeless woman begging outside the local co-op 50 pence—not because I’m some kind of Mother Teresa, but because I’m not going to let the class warfare of this place dictate my thoughts and actions. When I have change and someone asks me, I give it. I always have. And I’m not about to stop because some crazy asshole with no teeth almost sent me face-first into a backhoe shovel.

There was no harm done to me—just my ego, which is nothing of consequence. The only harm, the only thing that makes me sad, is the mockery of those workmen, who didn’t have the decency to even ask if I was okay. But I guess I need to remember Dai Hong’s Accord and the unimpressive baseline motivations that seem to underlie most human nature, whether it’s back in the States or in an upscale environment like Oxford: there’s no justice but what we decide to make. There’s no decency unless we decide to be decent. And we best heal ourselves.