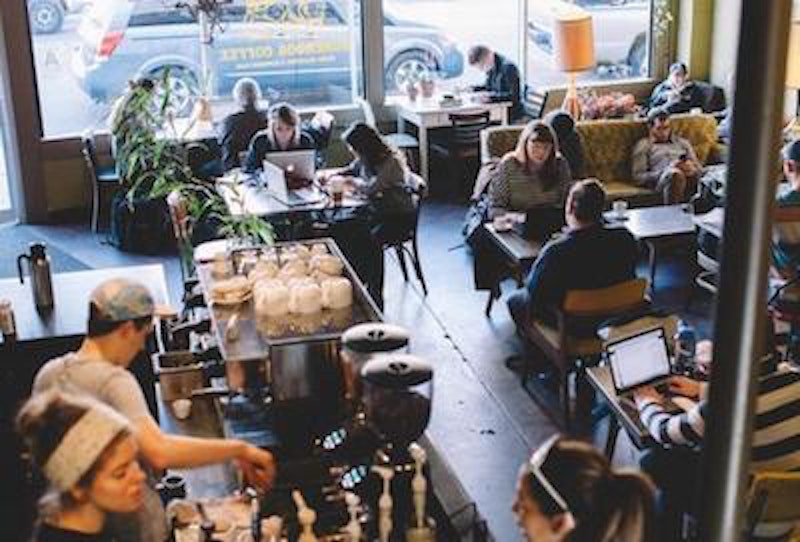 Had he lived into his 40s, wunderkind millennial media influencer Brian Powell might’ve completed a second hot take every bit as good as his viral “Lana Del Racism” piece. As it stood, this unfinished magnum opus amounted to something more than mere autobiography and something less than a full confession.

“It’s like, how can I say this, basically the perfect hot take for these precarious times,” Instagram poet Reek Bonut told the tattooed young vlogger he was attempting to woo. “Powell was writing about how we’re all just a bunch of gig-doers in the lumpenprecariat, you dig?”

Bonut pulled out his moleskin and passed it across the table to her. “This is where I save my thoughts,” he said. “I have a lot of them.”

The girl put her hand on his, hoping that he’d approve of the various band names on her inked-up “sleeve.” “Shit, must be nice to have those. Penny for a few of your thoughts, daddy-o?”

“Man, that Lana Del Racism take is what I keep coming back to. It’s kind of my urtext, in the way that something really important to you can be an urtext,” Bonut said as he slid his shoeless, sockless, and corn-bedecked foot across her ankle.

“Like how my vlogs are all about the sustainability of the personal consumption travel brand-centric ecosystem. That to me is my urtext,” the girl said. “Music also, in a respect, because I live it through my Spotify playlists and it’s defining as well as definitional.”

Bonut opened the moleskin to one of his favorite compositions. “Look, I was nursed from the wet burlap sack of an overworked Columbian farmer,” he read. “I had a mustache before any of us were born and I can distinguish between 12 different coffees in 11 different cups. I’m something of an authority on coffee. So let me just say that I don’t like jeans—I only wear jorts. Also, the best coffee houses play nothing but John Zorn B-sides and the baristas will knife you for looking sideways at their Elvis Costello/Otis Redding commemorative peas-in-a-pod maquettes. Like, yeah.”

“I want to own that,” the girl said. “Where can I Venmo or Patreon that gorgeous sentiment?”

“Some things aren’t for sale,” Bonut said. “I wrote it in reply to some condescending article on P4K. Those house music-loving gaslighters sold out 10 years before they even got started, but I still read their stuff to so I can keep them honest with hateful, anonymous rants posted to reddit and Quora. But you should still subscribe to my Patreon. Five bucks a month for my MVP tier and I promise I’ll even think about writing a prose poem just for you.”

The girl couldn’t believe how amazing Bonut was. She wanted to have the kind of flawed, impossible love affair with him that she had watched the actors experience in her favorite circa-2000 indie films. “You’ve got poetry in you, boy,” she said, thinking she was repeating a line her pre-teen self imagined manic pixie dream girl Zooey Deschanel saying to marble-mouthed leading man Giovanni Ribisi.

Bonut took her compliment in stride as easily as he took a studied sip of his probiotic nectar made from turmeric grounds that had been hibernating since dinosaur times. “I’m just saying what it is, what it is,” he said, quoting some obscure trap-hop rapper that other Millennial media influencers either liked or may have once liked. Wait, he wondered, had this obscure trap-hop rapper sold out?

The girl shook him from his reverie by reaching across the table and squeezing his bony shoulder. “I want you to treat me like you’re that ignorant brute Detective Jack Chaser and I’m naive cub reporter Camden Camden,” she whispered.

The in-crowd had already abandoned the whole pulp novel thing, but Bonut decided to swallow his pride. Since none of the other scene-makers and local legends were around, he could afford to humor her. “Man, that’s rad, because pulp is such a sincere genre. So much power and glory in so few lines of all-American propulsive prose, just like a Brian Powell hot take,” he said. “You ever see Shoot the Piano Player? Truffaut was hip to what it all means, babycakes.”

She reached under the table and squeezed his thigh. “Yeah, it’s rad all right, it’s an absolute urtext.”

“Oh, you are so courageous,” Camden Camden said when she saw her friend’s short haircut.

“What?” asked her friend.

Camden touched her friend’s shoulder. “Is everything okay with you? You can tell me.”

Camden continued to stare at her friend’s haircut. “Do you think I could do it?”

Her friend shrugged. “You just have to shave your head. There isn’t much to it.”

“I have to get up very early for work, and I didn’t want to spend an hour on my hair.”

Camden didn’t hear a word that her friend had said. “Seriously Emmy, do you need a shoulder to cry on? Are you feeling confused?”

“Well, I’m proud and amazed to know you,” Camden said.

“Thanks,” her friend Emily said, although she wasn’t at all thankful. But you take what you can get, right?
•••

“Look at this latest gag,” said the largest of the three uninspired draftsmen who worked on the Micah the Cat comic strip.

“Oh goodness yes,” said the medium-sized one. “My sides are splitting from all the wit and the humor.”

The single panel featured Micah the Cat, who was a pompous tabby and grad school dropout, insulting his boon companion Pawscar Wilde. The insult wasn’t amusing but did contain several cat and dog puns, puns that signaled “mission accomplished” to the draftsmen.

“When do you think the big man is going to stop by?” asked the medium-sized one.

The big man was Radcliffe “the Chief” Barnstorms, who had created the strip a decade earlier. Now that Micah the Cat was incredibly and inexplicably popular, he had outsourced the dismal work of producing new strips to this team of hacks.

“Next month, I heard,” answered the largest one.

A month passed and “Chief” Barnstorms never showed up, but the draftsmen didn’t expect him to and the fans didn’t notice. The jokes soon stopped being jokes or even making sense, but that’s how it goes with most things that people like. People don’t care if their entertainments are good or bad, only that they’re non-threatening trifles that go down as easy as a child’s breakfast cereal or a cup of Stevia-sweetened Ovaltine.