Are YOU a Bestselling Author?

Learning the art of the “thanks for your input” email response. 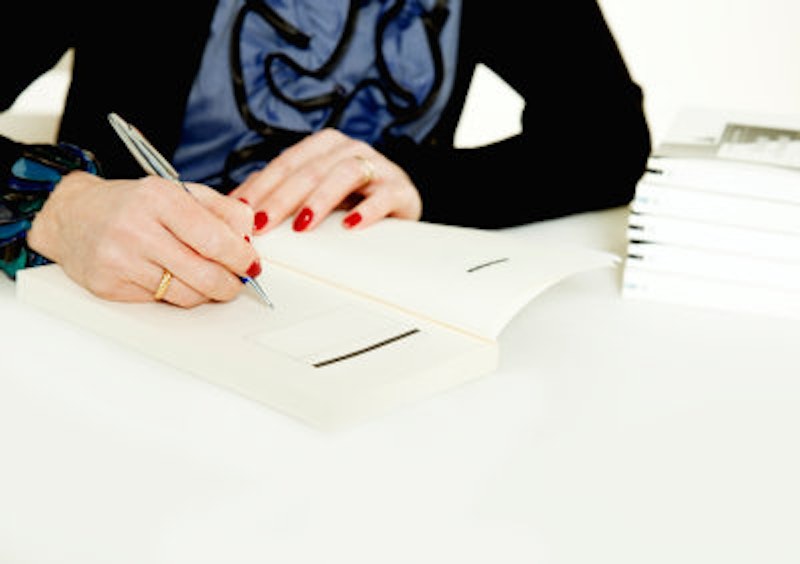 I love it when people piss me off because it gives me something to write about. So away we go. Better out than in. And by the way, don’t tell me to ignore the haters, because if you’re one of those people who can go around ignoring the haters, then good for you, sunshine, but it’s a skill that remains on my to-do list.

Upon returning from a recent conference where I was a speaker, I received an email from a concerned baby-boomer-era woman. In my experience, women my mother’s age who meet a type-A, bawdy, gregarious Gen Xer like myself often come in two varieties: those who embrace my personality style, and those who don’t.

Though I’d never mentioned my upcoming novel at the conference, the woman had seen me listed somewhere as a “bestselling author,” gone home, checked The New York Times and Amazon bestselling author lists, then sent me an email that asked, “Where are you?” and taken it upon herself to advise me to “be careful with the self-promotion game” because it wasn’t advisable to “do anything that is misleading or discredits your efforts or rings false.”

At first, I simply answered the “Where are you” question with the words “Amazon #4” indicating that I had made the Amazon bestseller list.

If I’d left well enough alone, I wouldn’t have gotten the next email, but I’m self-conscious and paranoid, so I responded again with screenshots of the day my book sales landed it on the top 100 Amazon bestseller list (and subsequent traditional title “bestselling author”) and climbed to #4 over 50 Shades of Grey, definitions (usually either The New York Times, USA Today or Amazon list) of the term, and thanks for her concern.

Her next email: “If you are a bestselling author on Amazon, you should be on that list and you are not. Wasn't it for just one day?” Then, referring to Amazon’s lifelong bestselling author list: “You are not yet up to a Grissom, King, or Clancy though may well be one day, no telling. But for now, no… It doesn't ring true nor does it pan out and thus, makes you look bad.”

Maybe I’ll never make the perennial list. Maybe one day I will. I get that I’m no John Grisham. But it was for more than one day, or even a few days or weeks, actually, there, gadfly. Couldn't tell you how many, because I don’t sit around refreshing my computer screen. It’s kind of like the Olympics. One shining moment earns you a title, and you get to keep it forever. Okay, Judgy Judy? I agree with bestselling author Whitney in this blog post; that basically if you’ve earned it, you’ve earned it. It’s a marketing tool an author and publisher use at their own discretion. Honestly, I’m not such a complete egomaniac that I go around flaunting it anyway. What am I going to do, put it on a t-shirt? The checkout girl at the grocery store doesn’t give a flying frozen fish.

Listen, if there’s anything that’s true about the book publishing industry, it’s this: bestseller lists are bullshit. All of them. Why? Because you can buy your way onto them. 11,000 copies purchased in one week and you’re on the New York Times bestseller list. Boom. There’s even a symbol (the dagger) that the Times uses in their print edition on Sunday to indicate whether bookstores have “reported bulk orders” of a book, indicating book sales have been manipulated.

In reading a friend that initial email, she responded, “Don’t tell me you engaged this woman in argument. You should’ve sent her a ‘thanks for your input.’”

“What’s that?” I asked her, cursing myself that I hadn’t talked to her before it was too late and I'd let that kind of negativity ruin my day. My friend works in a field where she gets long, hostile, critical emails from people on a regular basis—I don’t know how she does it.

“It’s such bullshit when women tear other women down,” said my friend. “And it’s always that baby boomer generation. The ones who don’t feel like they’ve trail-blazed enough, so they’re jealous and they passively-aggressively attack us.”

She’s survived by learning a simple skill. “When someone tries to get a rise out of you or engage you in an argument, you simply send them the four-word response: “Thanks for your input.” In retrospect, I wish I’d had those words, and hell, that title would make a great bestseller.