Anyone Who Wants To

Fiction: An agent explains life to a would-be star. 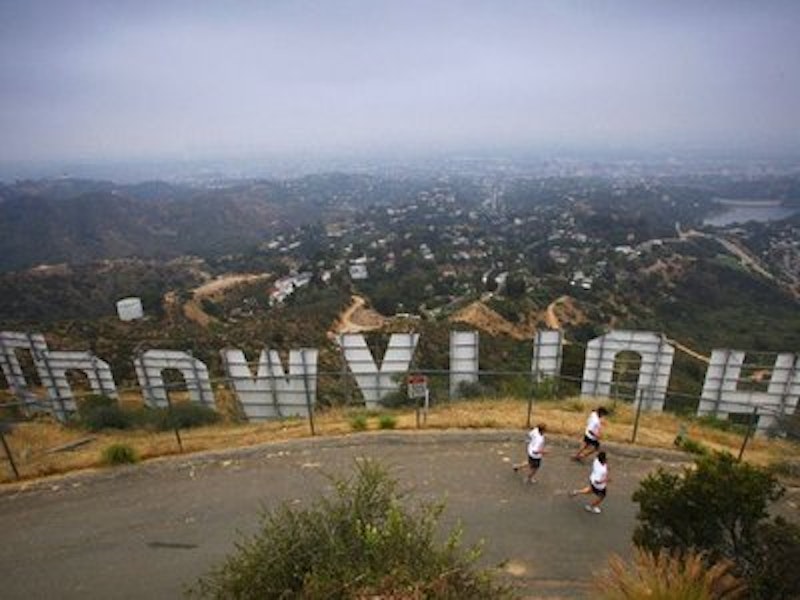 Olsen had insisted on the meeting. He knew Hershkowitz didn’t go to restaurants; he ate sandwiches behind his desk. So Olsen put up with paying a visit to the office. He sat on the couch, a tray of more sandwiches on the low, little table in front of him. A tall glass of beer stood next to the sandwiches; it was a tapered, long-waisted glass that spoke of elegance, so that was good.

On the other hand, 40 minutes and the meeting was done. This was early afternoon on a Monday. Charles Royce could walk in there in the middle of the week and talk as long as he liked, be sure of that. These days Royce—“Charlie,” Hershkowitz always said—had Dugan’s Reef, and a few years ago he had Blade’s Battalion. Just six or seven years older than Olsen.

Even so. Olsen wanted to talk about his possibilities, and he felt like he got the message across. He said pretty much what he had come to say. Freddy was paying attention, Olsen felt pretty sure of that. The man liked to eat, of course. He tucked a white napkin into his collar, spread it out like a windbreak, and held the sandwich away and in front of him. He took a bite at one end, and that corner was gone. He took a bite at the other; that was gone too. The center was left; he looked at it, and then it was gone.

Freddy had a pile of sandwiches and worked his way through them. Olsen barely looked at his, but a couple of times he lifted the beer to his mouth and held it there for a sip.

“They won’t bite you,” Hershkowitz said at one point.

“—better showcasing my skills,” Olsen finished, because he had prepared the sentence and wanted to get to the end. But a silence followed. He wasn’t quite sure what Freddy meant by “they.”

“You sure you want them?” Freddy asked. “We laid them out for you.”

The sandwiches. Olsen felt oriented again, but only sort of. He didn’t think the sandwiches were so important and didn't want to be talking about them. “I—” he said.

“The thing is,” Freddy said, “you’ve been doing some good work at the show.”

Olsen stopped. All of a sudden he felt better. This was how the conversation was supposed to go.

“Don’t think I don’t watch it,” Hershkowitz said. “I keep an eye. It’s okay what you’re doing, with Parkinson.” That was a younger guy on the show; his character was kind of a sidekick to Olsen's character.

“I want to talk about opportunities,” Olsen said boldly. He used the phrase when he and Parkinson talked career, and saying it now made him feel better. Pretty much it was the same message he had already delivered, but he was ready to say it all again. He was ready to charge.

“You’ve got opportunities,” Hershkowitz said. “Now, how about the Huston business, that audition? Remember, we were focusing on that.”

Olsen had been up for second lead in John Huston’s new one. It was going to shoot in the spring, a movie job.

“They—” Olsen said, and then started again. “The kind of presence they wanted was more seasoned. Older.” That really griped him.

“All right, but how did it play out? Be helpful if you knew. Understanding what happens to you. Deborah’s always been good at that, from the start.” Deborah Suskind was one of Freddy’s clients, a star like Charles Royce. “She’s a woman who knows how to think. When she was still auditioning, she could break it down for you, the zigs, the zags. Presence of mind.”

“Deborah’s all right by me,” Olsen said, smooth. The two of them had met here and there.

“Taking responsibility, I guess. She didn’t just get carried along an—” He gestured with a sandwich half, a vague flap of his hand out and away from his head.

Olsen had called the meeting because he felt he wasn’t making enough progress. But hearing his agent ask if he were making any, that seemed wrong.

“Life is fantastic,” Olsen said. One thing he knew about was getting the most out of life. He wanted Hershkowitz to realize that.

At the end of the meeting Freddy got out from behind his desk. The desk was black and immense; Freddy himself was a stub. Of course everybody said he was short, but seeing him in person you thought he had to be a joke, an optical illusion. The floor could not be so close to a man’s head.

Hershkowitz angled his face back to look into Olsen’s eyes. He pumped Olsen’s hand, and Olsen stared into the black gaze staring up at him. He felt like Freddy was displaying himself on purpose and was watching to see if Olsen’s face would move.

“Back to work,” Hershkowitz said, and Olsen didn’t know if he meant Olsen should get back to work or if he, Freddy, was getting back to work. Maybe it was Freddy’s height, but everything felt wrong.

Going out to the elevator, the receptionist’s desk seemed a long way off even when Olsen was walking right past it. His thoughts didn’t gather themselves until he was downstairs and through the lobby’s revolving doors.

Out on the sidewalk he shook off his blur. Boil it down, he said to himself, and his agent thought he was doing good stuff on the show.