Why Nerds Shouldn't Rule the World

The old promise has become a contemporary nightmare. 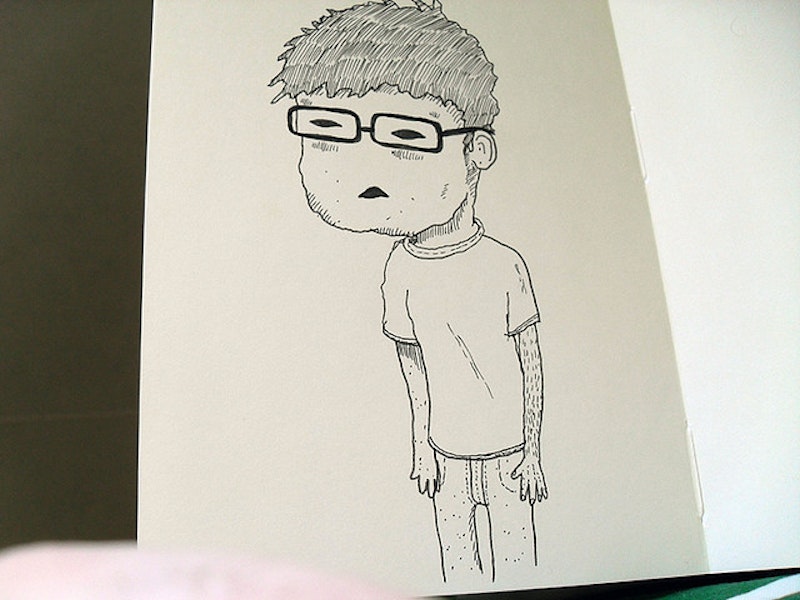 There is a refrain, whispered by teachers and parents as encouragement, that every nerd, outcast, and loser of the past 10 years knows well: someday, when the jocks are washed-up car salesmen and the preps’ trust funds run out, it will be them, with their ingenuity and their intelligence, sitting on the top of the pecking order, ruling the world. In today’s world of iPhones, tablets, 3D printing, and the Google Bus, this prophecy seems accurate. It is the nerd’s day, and those of us who were ridiculed and tripped in the halls of high school are ostensibly getting our just rewards. But is that really a good thing?

During high school, I was nerdy and awkward, but I was no poindexter, and my passions were Shakespeare and theater rehearsals rather than D&D and computers. Nobody ever told me theater geeks would rule the world, but that didn’t deter me. Sure, Glee may make us all look like gorgeous twentysomethings, but we didn’t do what we do because we wanted power or fame (for the most part, that is). We did it because it was fun, and we made people happy doing it.

I believe this is how the first generation of tech nerds got their start as well. For them, computers were an obscure hobby, something they did out of passion rather than for power or money. There are more high-profile tech stories about garage start-ups than one can count, and virtually all of them began as passion projects between a few friends with an idea. But somewhere along the line, the myth changed. Maybe it began with Steve Jobs, that Reed College bad boy who cared more about cool than code, but it certainly went into overdrive with the arrival of The Social Network and its angry protagonist who had no qualms about using others to get what he wanted. After all, he was a nerd, and nerds are supposed to rule the world.

The idea of a nerd has changed as a result of the “nerds rule the world” motto, and not in a good way. Previously, a nerd was someone who cared about a hobby, perhaps excessively and to the exclusion of other things. Now, nerds are exempt from criticism. We’ve treated high school as a punishment, and made everything beyond it the reward; as long as you were sufficiently bullied and excluded, you will forever be free from fault the moment you step into college. And as a result, we have created a nerd culture that refuses to acknowledge its own problems. Sexism, already a significant problem in nerd communities, has become a full-blown cultural issue in the tech world, as cases like Elissa Shevinsky, Anita Sarkeesian, and the Girls Around Me phone app attest to. In San Francisco, an all-out brouhaha over the issue of tech workers and gentrification threatens to erupt, and the ominous “Techtopus” agreement casts a shadow over the tech industry’s labor relations. But what’s most striking about this is the unwillingness on the part of the industry’s major players to address the issues. One public relations representative at Google put it best (or worst) by responding to an inquiry about the San Francisco Google Bus controversy with a single “ugh.” Critically addressing issues is a waste of time for our current masters of the universe.

The crises in the technology industry may not stem from a few good-intentioned high school teachers and parents, but such sentiments have clearly contributed to a culture where nerdery is beyond criticism. If we are to help struggling geeks and outcasts, a better line of consolation would probably be “College is better” or “There are lots of people like you, and together, you’re going to change the world.” That implies collaboration, critical thinking, and most importantly, working constructively and with the feedback of others. In championing the tech-savvy nerds above all others, not only do we do them a disservice, but we create an idea of nerd culture that is based in permanent victimization followed by domination. What is a jock, in any case, besides a sports nerd? And what is a prep besides a clothes nerd? And when we emphasize collaboration, rather than domination, perhaps we can finally create a culture where the hobbyists and outcasts can truly thrive, both in the halls of high school and beyond.