One of the hazards of everyday life is dealing with pettifoggery. 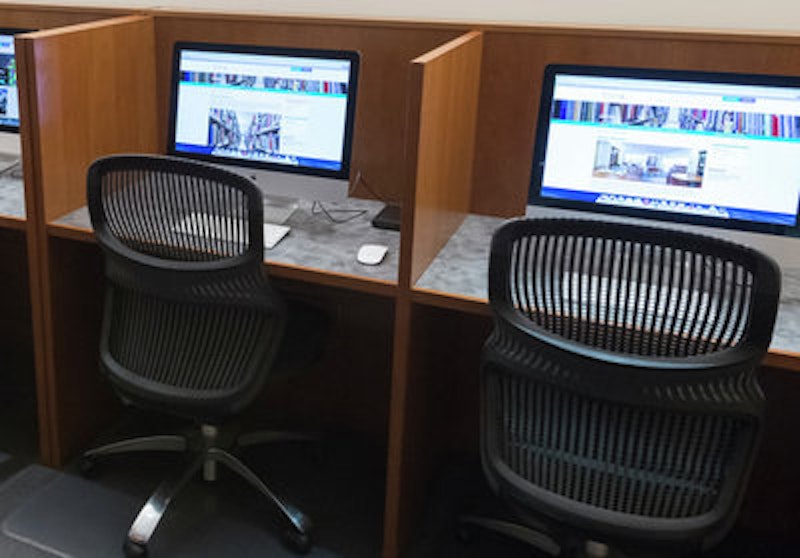 A certain percentage of the population zeroes in on procedural correctness at the expense of the big picture. Those exhibiting the “petty bureaucrat” mentality are the villains of everyday life, needlessly complicating the myriad, mundane tasks we must complete to get through the day—such as purchasing deodorant, stopping at the Post Office, and dropping off laundry.

Last week I had two run-ins with the sort of small-minded tyrants who are desperate to assert authority in their tiny realms. The first was at the library of the Virginia Museum of Fine Art. While using one of their computers, the librarian declared that my session was terminated—the one-hour limit was up. I can understand why such rules are on the books, but I was the only visitor in the entire library. After confirming that I’d heard her correctly, I asked why she’d order me off the machine in such circumstances. She replied with the petty bureaucrat’s argot: “Because that's our policy.”

Nobody likes being told “just because,” which is why sensible people don’t say it. When I asked the librarian why it was policy, she was momentarily taken aback—people who say “because that’s our policy” are in a position of minor power and think that ends the conversation—but she recovered to inform me that it’s so people can't come in and “use the computers for six or seven hours and keep everyone else off them.” I reminded her that the library’s only open from 12—5 p.m., making this impossible, and that I rarely used their computers anyway. In fact, in all of my visits to the library, I’ve rarely seen even one person on any of their five computers.

Trying to explain to the humorless bureaucrat that reasonable people exercise their authority with discretion rather than enforcing rules arbitrarily was a waste of time, although observing her face tightening and lips pursing was somewhat satisfying. I told the martinet I’d leave and that she could have the library all to herself, and her lips pursed even tighter.

A couple of days later, I went to pick up my shirt at the cleaners. They charged me $5, substantially above the normal price. When I inquired about it, the woman told me they had to “soak it” for some reason. I reluctantly paid, but didn't notice that it had a one-inch tear in it until I’d tried it on. Returning it, I encountered an officious man wearing a starched blue shirt—presumably the owner—who seemed to fashion himself as the King Lear of the shirt-laundering trade. It was a fairly expensive shirt, but I just asked for the five bucks back, which he categorically refused, explaining snottily that I'd left it there for two months and that he wasn't running a storage facility.

Unlike the VMFA library, I knew at this point that I’d never return to Bill’s Cleaners here in Richmond, which freed me up to communicate in a more informal manner with the smug tyrant. I sarcastically said something about what an inconvenience keeping the shirt on the rack must’ve been, and asked if it was worth losing a regular customer over such a paltry sum. He sneered that, yes, it was worth it. Then I asked him if it bothered him to charge people for ruining their clothes, to which he replied, without hesitation, that it didn't bother him at all. This guy was giving no quarter. I told him that, in that case, presumably nothing rotten he did to anyone would bother him in the least. He ordered me to “get out,” so I said a few more things. Then he told me to “stop mouthing off” to him, like he was my high school teacher. I said I wasn’t done yet, but another customer came in and starting talking to the shirt butcher, so I walked out.

The day after the library skirmish I stopped in again and noticed that the librarian had placed little signs in front of each computer stating that there was a one-hour limit on their usage. Once again, there was nobody else there. She was cracking down on a problem that existed only in her bureaucratic mind. Perhaps her ideal situation would be to run a library that nobody ever goes to, which would guarantee that no rules could ever be broken. After leaving the cleaners, I called Visa and succeeded in getting the $5 charge removed. They sent me a letter to make it official, and if I see that piddling nickel-and-dimer Bill—or whatever his name is—when I’m passing by his clip joint I’m going to go in and hand it to him.