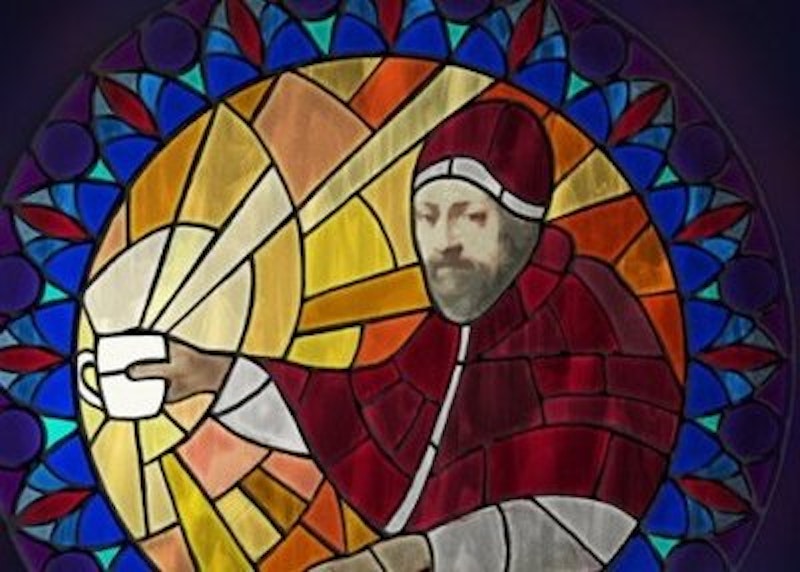 There will be no more electronic sound reproduction equipment at our Benedict Option homestead—so the Council of Elders has decreed. (I’m joking, of course. There is no such council at our establishment. There are just the three men of the property—Brother Aiden, Gaston, and yours truly—coming together in a spirit of communitarian democracy to “hash out” the “legislation,” if you will, by which we govern ourselves and our womenfolk.)

At any rate, the common-room “boombox,” as our brethren of color call it, has been relegated to storage as our “intentional community” here attempts an experiment. Henceforth, we’ll listen only to music that we make ourselves—via the pressure of digits on strings, for instance, or by affixing our blowing lips to the moist orifices of horns.

But it was Gaston, the newish French member of our group, who inspired me to go forward with the experiment. It turned out that even if Gaston has a typically Gallic proclivity for the weaker sex, he knows his way around a fiddle. On a recent night he delighted us by pulling his instrument from its case, rosining his bow, and accompanying himself skillfully as he regaled us with rustic songs of his home region, around Toulouse, in a warbling but affecting voice.

Listening to his ancient songs with Mother and Miriam, Gaston’s American wife, I experienced a wonderful effect. Time and space become fluid, and all of a sudden I was sitting not in a brick house amidst the grasslands of Indiana, but in a thatch-roofed cabin in the forests of the Languedoc in the time of Pope Clement VIII. I saw Gaston in the guise of one of his ancestors: his ragged Lands End flannel shirt yielded to the hemp chemise of the peasant; his knit cap become the leather headgear that prevailed in the French countryside before the Napoleonic proscription against the flaying of masturbating virgins; his long johns, which he wears year-around under a pair of shorts, turned to chamois leggings; and those tight shorts themselves became baggy knee-breeches, so that I was no longer conscious of the outline of his penis.

I was transported back to a better age in which Christians existed in harmony with both Heaven and Nature; and when the denizens of what could still be called Christendom lived close to both the filth of the pigsty and the grace freely offered by Christ, and were content in their submission.

Well. I meant to talk not about submission, but about music, soon to become “a thing,” as Daughter might put it, on our premises. I plan to put my childhood piano lessons to use on the accordion that I found on sale at the local consignment shop; Brother Aiden will again take up the flute, on which he was proficient as a young man; and Mother will sing. In fact, she’s always been a fine singer, throwing her head back and forming with her mouth a perfect “O” that, while suggestive, does facilitate a bell-clear high C.

Gaston has suggested to the adolescent Daughter that she take up the sackbut, the ancient prototype of the modern trombone. I have no idea where he proposes to find such a rare and vaguely ridiculous instrument. But it doesn’t matter, since Daughter met his proposal with a rather rude “No,” along with a twitch of her eye that Mother insists was nervous in origin.

Ah, sweet music! Good times lie ahead! I should also mention (and I’ll write about this soon), that I’ve finally perfected my recipe for honeycomb tripe and plan to “spring it” on our group at our communal supper soon.