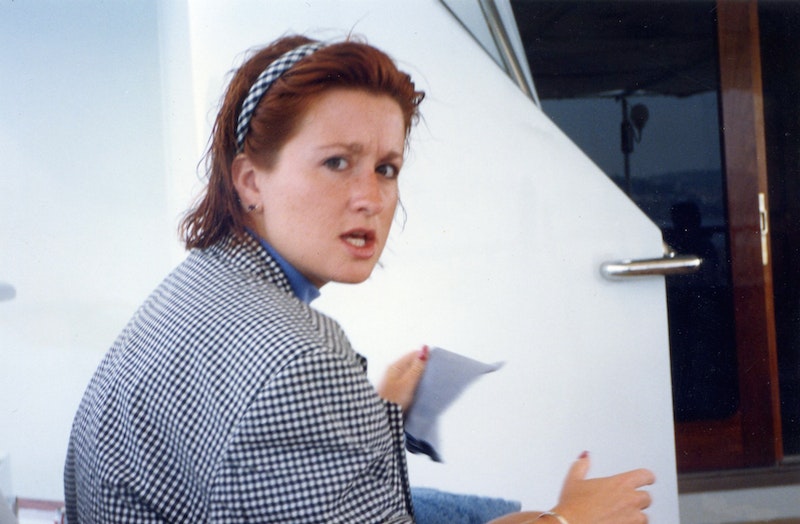 Just a few bites left of the 2016 presidential blood pudding, and as the slugfest between Hillary Clinton and Donald Trump has—if you believe the polls this week—suddenly tightened, there’s near panic (and soiled undergarments) among Democrats and a bounce in the step of pleasantly surprised Trump supporters. (That Trump’s scorned by most of the conservative intelligentsia and political class just shows how odd this election is; while Clinton’s trotting out hundreds of surrogates to plead her case in battleground states, Trump and running mate Mike Pence are almost on their own.) As noted in my articles at Splice Today for the past six months, I’ve no idea who’ll win and, furthermore, don’t plan to vote for either candidate. This puts agnostics like me in a crummy spot: the quadrennial theater of presidential politics is nearly over—the entertainment factor, at times really funny, more often grotesque—and on Nov. 9, or whenever the winner is decided, we’ll be left with the reality of a president who’ll cause the night frights.

One saving grace: after chewing over the results, whether in exultant yips or mournful barks, the punditry from both sides—the moral imperatives handed out like candy Valentines at grades schools every Feb. 14 (unless that practice has stopped, deemed hurtful by nanny statists; it’s too hard to keep up with such decisions) will cease. At least one can hope that’s the case.

I’m not easily offended by the stench of sanctimonious op-ed writers: a reader makes a decision to read this journalist or that, so it’s hard to complain. But. On November 1, The New York Times published such a noxious op-ed (for once, not Paul Krugman or David Brooks) by “Upshot” managing editor David Leonhardt that my stomach still feels sour. Leonhardt, 43, an affluent Yale graduate who’s worked at the Times since 1999 (and a Pulitzer Prize winner), is, like so many of his media colleagues, repulsed that a public buffoon like Trump not only won the Republican nomination and now, though “unlikely,” has a chance of defeating Clinton. With the help of a “gift” from “bumbling” FBI director James Comey, naturally, since he’ll be the fall guy if Trump wins, never mind that Democrats applauded the same man over the summer when he declined to prosecute Clinton over her email indiscretions. That’s not the problem, though, with Leonhardt’s column, for it’s an opinion he’s paid for and undoubtedly well-received by Times readers.

Here’s where Leonhardt plays preacher, scorning those who disagree with him. “One day, Americans who were too young to have followed the 2016 campaign will look back and try to make sense of it. They will want to know how such a dangerous person could have gotten so close to the presidency—a man who spoke of abandoning our allies, admiring foreign despots, weakening constitutional rights, and serially molesting women. Those future adults may also pose a more personal question to their elders: Mommy and Daddy, what did you do in response to Donald Trump?”

Rather presumptuous, wouldn’t you say? And it doesn’t take much reading between the lines that Leonhardt is comparing Trump to Hitler, although he (or maybe a copy editor) has the grace not to say that explicitly. Like all of us, Leonhardt has no real idea of what a President Trump might accomplish, or destroy, while in office. My kids are young adults, but I doubt that question will be posed to me by future grandchildren, who’ll be living in a completely different world. And as a liberal teenager in the 1960s, I certainly never asked my parents to explain their votes for Nixon and Eisenhower (who was roundly mocked back then; his emergence among Democrats as a prescient, “good” Republican had a very long gestation period, sort of like Harry Truman’s).

My hope is that whomever wins—and as of today, Nov. 3, I’d guess Clinton—won’t be able to get much done, facing an recalcitrant and divided Congress. Gridlock would prevent Trump from making good on his dangerous anti-immigration rhetoric, as well as his off-the-cuff, and probably not serious, abridgement of First Amendment rights. (Funny how Woodrow Wilson, a Democrat, who actually did suspend the First Amendment and jailed dissenters during World War I is never mentioned by the likes of Leonhardt.) Both candidates are foolishly, in my opinion, anti-trade (Clinton once agreed with President Obama about the benefits of TPP, but in a sop to Bernie Sanders’ supporters did a John Kerry flip-flop and now opposes it), but I’d wager both would cave on that front.

On the flip side, there’s Kimberley A. Strassel, the “Potomac Watch” columnist at The Wall Street Journal (and member of the editorial board), who, a year older than Leonhardt, and also part of the media elite—she went straight to the Journal after graduating from Princeton in ‘94—lays out a warning about the “grifter” Clinton. Without even mentioning Trump, she minces no words in the first paragraph of her Oct. 28th column: “In an election season that has been full of surprises, let’s hope the electorate understands that there is at least one thing of which it can be certain: A Hillary Clinton presidency will be built, from the ground up, on self-dealing, crony favors, and an utter disregard for the law.”

And that’s the dilemma for Americans like me: Clinton’s a crook and Trump’s a loon. The public loses.