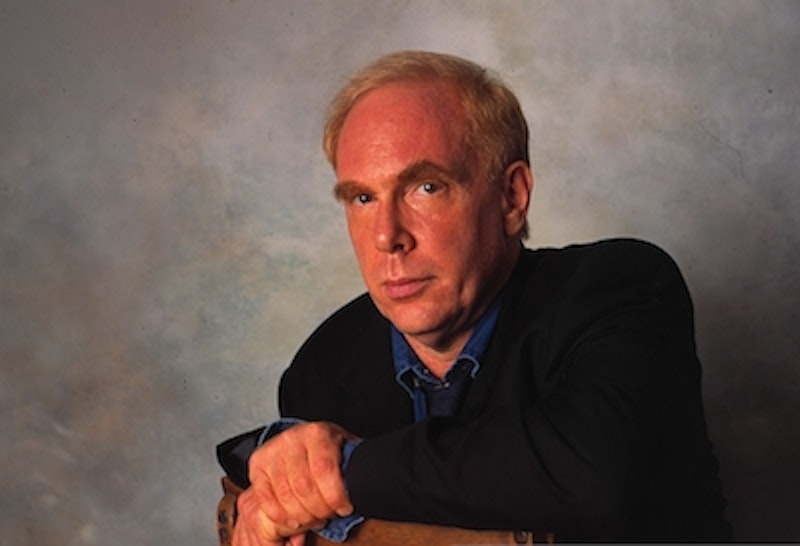 It behooves a man to be honest about his bad habits, and a chief bad habit of mine when I was younger was to keep abreast of the glossy magazines pumped out by the disproportionately Jewish editorial teams of Manhattan, that great gilded shtetl wedged amidst the filthy tides of the Harlem, Hudson, and East Rivers.

Yes, a silly habit, one that I’ve been cured of by the fact that digital “progress” has mostly rid the world of magazines, or else transformed them into unrecognizable versions of themselves. Yet I don’t apologize for my old pastime. In addition to the relaxation I took from these publications when I needed it most—being a small-town Indiana lawyer, as I used to be, is more stressful than it looks—they also acquainted me with certain masters of contemporary American prose. These ultimately trivial rags published fine writers like James Wolcott, Philip Weiss, and Ron Rosenbaum.

Wolcott I won’t return to now. Readers will know the regard in which I hold this peerless stylist and passionate balletomane. I’m more interested at the moment in the other two, who started off in much the same circles, but ended up in different places.

Both Weiss and Rosenbaum are East Coast Baby Boomer meritocrats raised on militant Zionism’s hard, vicious teat. Both were commandos in the Jewish shock troops that stormed the then-still-Protestant Ivy League in the 1960s and 70s, and that won the first battles towards incorporating that group of schools, and indeed all our prestigious institutions of higher learning, into the neo-liberal Davos/Tel Aviv/Goldman Sachs axis. (An H. Hodges once wrote an interesting tract detailing the secret history of what he calls the “Sderot-Bet Shemesh Assimilation” of our old American Protestant institutions. For a while he had that study, which he had for decades disseminated by mail order, posted on the Web—but as far as I can tell, his website has gone black.)

Next, Weiss and Rosenbaum ascended—largely, I would assume, on the strengths of the intra-tribal ties they had made at Harvard and Yale, respectively—into a New York City media industry that they helped transform from a bastion of the Protestantism to, again, a largely Ashkenazi/cosmopolitan battalion in what Dr. Hodges called (in another felicitous phrase) the “Rehovot-Sde Y’ov subversive hammer-force.”

I don’t mean here to give a potted history of how the old American establishment yielded, almost overnight, to a crypto-Israeli one. The point, rather, is that 20 or so years ago Weiss started drifting away from the typical (and typically self-interested) politics of his tribe and spending more column inches admirably biting the hand that fed him—criticizing what was by then a new American establishment almost monolithically staffed by his tribesmen and -women.

Weiss’ apostasy culminated in his creation of Mondoweiss, the website he’s been running for roughly the last decade. Mondoweiss is an indispensable community for anti-Zionists of all stripes. It’s also one of few English-language websites that rivals the best Russian sites in its eager boldness to tell the truth about the Jewish state and the American Empire that underwrites it. One can’t but admire Weiss, who has made the second half of his career into one long expiation for the tribalist misdemeanors of the first.

If Weiss and Rosenbaum started in the same unclean place, and if Weiss drifted admirably away from it, then Rosenbaum took the opposite tack, sailing into unprecedentedly sickly waters. This once-interesting writer, whose Explaining Hitler was a fine book (though it made the typical mistake of ascribing the bulk of the responsibility for the Holocaust to the Germans, rather than to the Balts, Belarusians, Romanians, Tatars, and Ukrainians), has now become an unhinged anti-Russian conspiracy theorist.

Rosenbaum’s Twitter feed is remarkable. This erudite writer spews out multiple semi-crazed, misspelled tweets per day, many of them accusing Russia, Our Holy Orthodox Mother, of the most vile skullduggery, subversion, and cruelty—much of it in conspiracy with President Trump (whom I’m on record as despising, I should point out). All this from a man who wrote a learned review of the state of Shakespeare criticism.

The conclusion I take away is that Rosenbaum, a good decade or more older than I am, has suffered the grievous disintegration of his intellect and his personality. Or else, lurking there under Rosenbaum’s undeniable talent and learning was the ANTI-RUSSIAN RACIST all along, filled with all the parochial hatred of the Great Russian and his deep spiritual soul that has characterized Rosenbaum’s people since at least the establishment of the Pale.

O forgive them, Lord, for they know not their iniquity!

For RUSSIA, OUR HOLY MOTHER, shall be justified, like the martyrs, in the blood of the Lamb, and redeemed by the persecution of the Pharisees!

Glory to the Old Believers and the flock of venerated Kirill!

Glory to Saint Anastasia Nikolevna Romanovna! Glory to Russia, the New Rome, the venerable Empire of the East!