The dumb gorilla deserved to die. 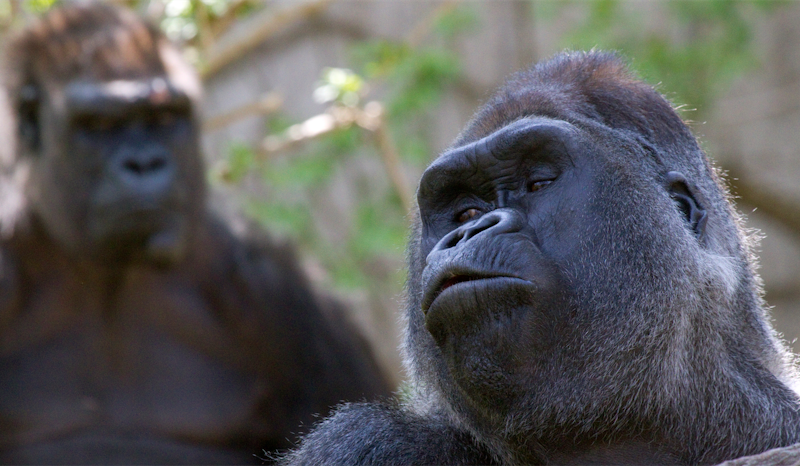 Who doesn’t watch their kid at the zoo? The parents of the kid who climbed into the gorilla’s cage in Cincinnati should be put in jail. Everyone has this story completely wrong. All zoos need to be abolished immediately. Bronx Zoo, Cincinnati Zoo, Columbus Zoo, Maryland Zoo in Baltimore: FUCK YOU! So arrogant and typical of Humans to get upset at the death of something that they think belongs to them. “Because of this kid, we don’t get to have Harambe the gorilla anymore.” Well, good! He didn’t belong to you. He was a prisoner of war. Propaganda in the media (controlled by shape-shifting lizards) will have you believe that the Silverback Gorilla is “normally docile” and likely wasn’t trying to hurt or scare the little boy—in fact, he was trying to protect him from the screaming onlookers who were really freaking him out. In the circulating video, Harambe is shown dragging the boy through the water of his stream, and everyone starts wailing like he just mashed the kid’s skull onto a rock and ate its raspberry innards.

Look. I’ve met plenty of gorillas. Very pretentious animals. That whole “99 percent genome shared with human DNA” thing? They brag about it. A lot. You wouldn’t know because you’ve never seen our meetings. “Oh, but Rooster—“ you might ask, scratching your chin and turning it up at me like I’m some kind of common barn animal, “when would you and a gorilla ever get together?” Often! Quite often. The J8 summit is a meeting of representatives of the jungle and the animal kingdom held every year outside of Amsterdam at the same time as the G8 summit (having them at the same time to lower suspicion? Yes, that was my idea). We have lunch, pre-dinner, and dinner together and talk about all the ways that mankind is fucking us. It’s really not that serious though, we usually just get stoned on poppy seeds and get into pecking matches (I once fought a crocodile and won). Of course, a gorilla is out of my weight class, and they’d never want to hang with us anyway. They’re always off reading and communicating in sign language. So pretentious. None of us animals really like or respect gorillas or most big apes. Monkeys are a riot though—they like to steal.

“Justice for Harambe”? Oh, please! He deserved to die for being too dumb not to haul ass and get away from that kid as soon as he saw all those idiots gathering and screaming up above his moat. He should’ve hid in his cave and let the kid drown. He would’ve lived at least another three years in miserable confinement, and in Cincinnati of all places. People are talking about “white compassion”—huh? Abolish all zoos! Let the animals roam free! And stop getting freaky with these tributes and petitions. Keep to yourselves!