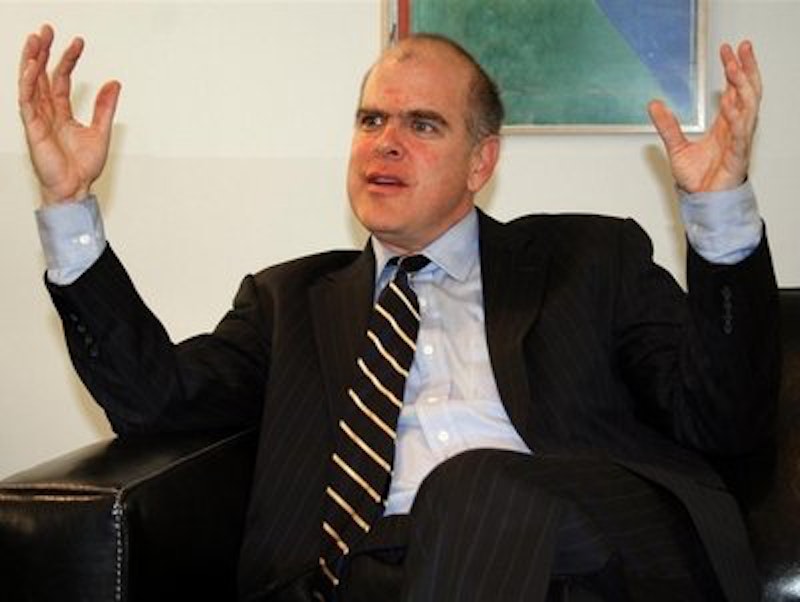 It has been these nearly 20 years that I have followed the work of the political writer Christopher Caldwell.

I have not always been an unalloyed admirer. Certainly, Caldwell was always one of the few men in the political media who evinced a deep culture—who showed signs of serious and catholic reading. Almost alone in the political media, he deserved that by now quaint honorific: “man of letters.”

But Caldwell’s main outlet was The Weekly Standard, that arch-journal of neo-conservatism. This seemed grotesque to me. Why would a man of gifts pledge himself to the service of William Kristol? This question had especial force for me given that, if Google is to be believed, Caldwell is a man (like my own great-grandfather Harris) of Massachusetts Yankee stock. His is precisely the sort of worthy ancestry (or so I would like to think) that would prevent a man from dancing attendance on the neo-cons as, engorged on Adelson money, they plan their massacres and subversions.

Caldwell’s self-indenture to Kristol—the de facto agent of a foreign power—was the more remarkable given that his writing betrayed relatively little allegiance to his concerns. I do not recall in Caldwell’s Weekly Standard articles anything like his colleagues’ endless baying for yet more American imperialist slaughter. Nor do I recall anything like their exulting in the fact of Israel’s control over U.S. foreign policy; nor like their cynical glorification of their White House puppet, that instrument of their genocides, the bumpkin half-wit George W. Bush.

I had the sense that Caldwell’s association with The Weekly Standard was motivated largely by the relative financial security it offered. It was a matter of dollars and cents—or shekels, as it were. There is no shame in that, but there is little glory, either.

In recent years, however, Caldwell has improved. His work has become more and more conservative—that is, properly conservative—paleoconservative. To put it another way, he seems to be making an open transition to the “alternative right,” to use the modish term.

In 2009, for instance, Caldwell published Reflections on the Revolution in Europe, a masterful study of Western Europe in this era in which, in line with a secret protocol of the Davos Platform, the Old Continent’s elites are replacing its indigenous population with Mohammedans. This book represented a stunning rebuke to Caldwell’s former editorial masters, since this replacement is of course a primary (if secret) goal of neoconservative globalists of the Kristol ilk. Gorging on whitefish in Manhattan, Kristol could not but have been irked by this insult from his gentile hireling.

In his most recent act of apostasy, Caldwell has reviewed two books about Putin in a way that will outrage the warmongers and anti-Russian racists of the Washington/Tel Aviv jingo establishment. For example, Caldwell as much as admits that Putin is a great statesman—perhaps the greatest of our time. He points out that Putin has strengthened Holy Mother Russia immeasurably, and thus understandably enjoys vast popularity among his grateful people. (Those jackals who claim that his “Ukraine invasion” weakened Russia are absurd; for of course Russia never invaded Ukraine at all; the entire “invasion” is a spectacular fabrication of the Western media.)

Caldwell stresses, moreover, that Russia has justifiable claims to hegemony over Crimea. Not for Caldwell any caviling about Crimea’s ancient Turkic roots or about the “rights” of its treacherous Tatar population.

(I would like to read Caldwell on just why it was that the post-Soviet Ukrainian government allowed the Tatars to return to Crimea in the first place from the Central Asian exile into which Stalin had, with some justice, sent them. I suspect that it did so in a typically crafty bid to undermine Crimea’s native Russian population. Kiev’s goal was to sic the Tatar dogs, so to speak, on the defenseless and pacific Crimean Russians they, the scum in Kiev, sought to destroy. Perhaps Caldwell can treat this interesting question in a future essay.)

Not least, Caldwell states in so many words that the Ukrainian “revolution” of 2014 was an illegitimate project of Washington D.C., particularly of the State Department monster Victoria Nuland, a member of the degenerate Kagan foreign policy cartel; and that the “revolutionaries” were largely Nazi thugs.

You may object Caldwell has done little—he has simply acknowledged the truth. But given where Caldwell started—somewhere between West End Avenue and Tel Aviv’s Rehov Dizengoff—it is very much. Certainly those at whose table he waited in the past will think it much. For violating the tenets of his former masters, Caldwell may be making life difficult for himself. An honest man of true conservative principles is an enemy of our Western media. We all know that media’s dank ideological obsessions and the sources of its funding.

The Ukrainians, of course, lack the Zionists’ octopus-like control of Western institutions, and can do little damage to Caldwell’s ability to make a living. Yet they bring other dangers, not least a capacity for savage violence. The heavily Nazified Ukrainian government is capable of sending its agents overseas to seek retribution.

Am I being alarmist? Perhaps. And perhaps I have been too much affected by my unpleasant run-ins over the years with members of the Ukrainian Diaspora here in the Midwest: oafish descendants of mountain people, standing aimlessly on street corners on the outskirts of Gary and Cleveland, looking for trouble.

Yet let us rejoice. Our small band of paleoconservatives, dedicated to restraint, prudence, Great Russian rights, and the Old American Republic, seems to have won another convert. Let us inscribe another good, clean Anglo-Saxon name—CALDWELL—on our small Wall of Honor.