A Trump Win and the Theotokos 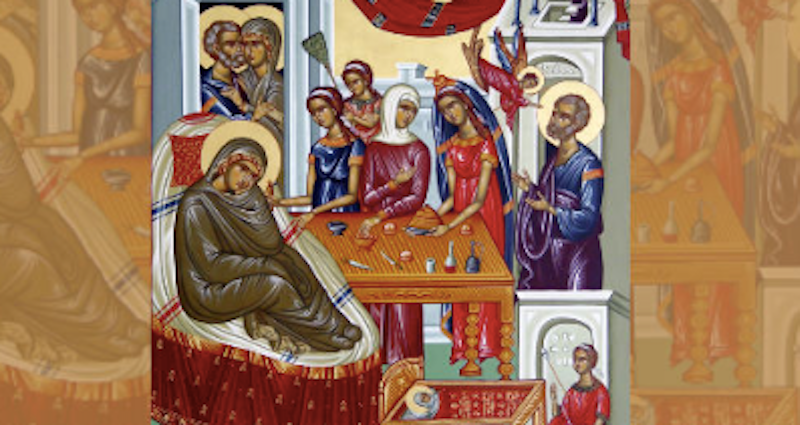 I’m not a betting man, because I know games of chance are immoral—even though I thrill to the gambling scenes in old Russian novels. What panache the wonderful menfolk of Russia’s Tsarist gentry had! What style! One sees in these brilliant specimens, as depicted by Tolstoy, for example, a pinnacle of refinement, a civilization of which our filthy bourgeois-liberal age is incapable.

If I were a betting man, I might put two dollars on Trump’s reelection chances. The commentariat has, in the last five days or so—since the new Chicago looting—started showing a new disquiet about the political lay of the land. It’s starting to dawn on these subtle thinkers that mass political violence, encouraged by the Establishment and destroying the lives of perhaps tens of thousands of humble shopkeepers from coast to coast, many of them minority members of the Democratic coalition, isn’t the political winner that Brooklyn promised it would be. More, that a general and passive American sympathy toward police reform in the wake of the Floyd murder isn’t the same as public support for the violent “antifa” left and its campus-style ideologists. The marginally more clever among the pundits seem to be flirting with the realization that they may possibly have been succumbing to, not to mention helping to create, another Establishment mass delusion, along the lines of the one that destroyed them back in 2016.

Nay, no betting man I. A shame, in a way, because I can see myself satisfiedly counting my winnings on November 4 as the Queens pimp settles his adipose grossness even deeper into the beanbag chair he keeps in the East Wing, ready for a celebratory night of DingDongs and Ultimate Fighting on the flat-screen. And as, in rage and frustration, blue America goads its “black-bloc” paramilitary wing into a fresh round of riots that will serve nicely to hand Congress to a corrupt GOP in the midterms.

August brings a great event to us Russian Orthodox: the feast of the Dormition of our Most Holy Lady the Theotokos and Ever Virgin Mary. This is, at our Benedict Option property, a solemn occasion: for us menfolk, yes, but more intensively for Mother and Sister Marie. They have particularly taken to this holy feast, committing themselves to ascetic practice and deep meditation on the mystery of the Mother of Life.

If the Theotokos is venerated by all believers for her service in “sewing divinity, in the form of the Khristos, into the pattern of profane time” (my fellow Orthodox will recognize the citation from Saint Porphyry of Lesosibirsk-Boguchany), she obviously lends herself to female worshippers as model of femininity. Not just as an ideal of femininity, I should stress here, but precisely as a practical daily model—for it’s one of the many beauties of Russian Orthodoxy that the Theotokos is venerated not only as the unsullied vessel of divinity incarnate, but also as the “exalted huswife” that Saint Porphyry famously called her, a “fine kitchen wench” as handy with the mop, the kettle, and the toilet scrub brush (as rudimentary as toilets were on the outskirts of the Roman Empire in the Augustan age, they needed to be brushed) as she was adept in the tricky business of giving birth while retaining the integrity of her hymen.

We see here the glorious earthiness of Orthodoxy, one that co-exists in synergy with the intellectual flights of its greatest theologians, like Yale’s Dr. Daniel Larison. A generative complementarity: demotic piety reconciled with doctrine and with philosophical speculation.

In giving birth thou didst retain thy hymen

And in falling asleep thou hast not deserted the world

Thou has been translated into life

As thou art the Mother of Life

And by thy supplications thou does deliver our souls from death