Unwelcome guests come calmly in the middle of the night. 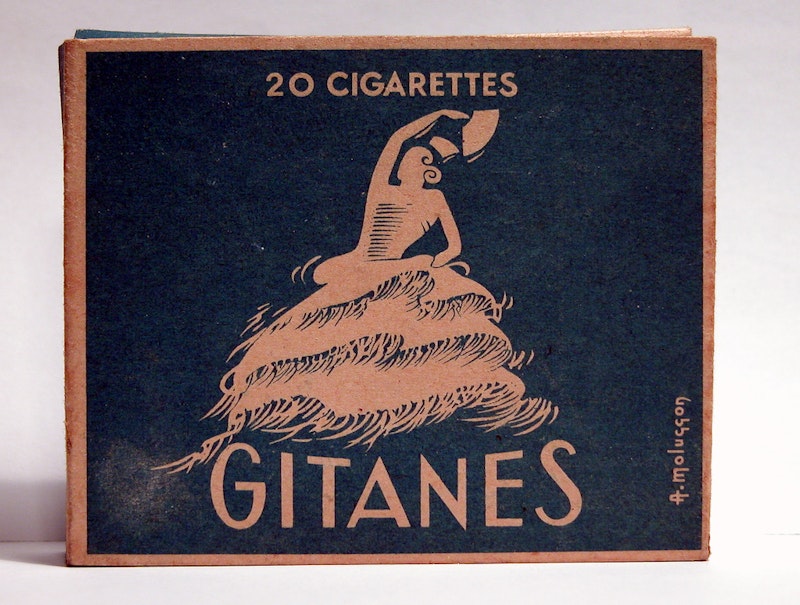 I don’t like having guests. I didn’t even want to put in a guest room, but Monica insisted (she regretted it as soon as my cousin Bennington invited himself for a six-month stay). Nighttime, my time. I need to watch my stories, have my tea, a wheat smoke, maybe some videotapes. I went down to get a pack the other night when I saw the shadow of someone sitting on our porch. I got my gun and Monica’s katana and ran through the screen door screaming. There was no one outside. But there was a cigarette butt on the steps still burning. Gitanes. “Irving.”

I turned around the wolf was there. “Rooster… you really shouldn’t keep swords in the house. It’s never going to be used well.” I raised my blade. “Don’t try to hurt me. Sit down. Have a smoke.” I eyed him and spit. “I don’t smoke Gitanes.” He scoffed and dug into his coat pocket and threw me a pack of American Spirit Blues. “Sit down.” He gestured to the patio table. I threw Monica’s sword into the yard and gripped my gun, still pointed at that bastard, and moved to my seat. He slid me a lighter. “I haven’t seen you in a while.”

“I know it’s been great.” My Blue tasted different. I looked at the pack: European. It was covered with pictures of dead children and fetuses, old men with breathing tubes and charred lungs scarred by a lifetime of smoking. But it was a good smoke. More continental. I could taste notes of…

—Stop staring the pack. Look at me, Rooster.

—Why do they make you do this? Those poor babies, they didn’t know…

—Don’t do this. You’re indulging in one of your worst tendencies.

“Okay I’ll stop. What do you want?” Irving took a long drag off his Gitanes, looked up at the moon and exhaled. “You’re not doing your part.” He waved at the birds in the trees. “The animal kingdom expects better of you.” I stared at him cock-eyed. “What are you talking about?” He stubbed out the cigarette, took a sip from a cup that I didn’t realize was there. It smelled like vermouth. “As a medium…” Irving broke out into a coughing fit, producing a handkerchief and spitting into it, “—excuse me… as a medium of the animal kingdom to the human race, you haven’t been a model representative lately… I’m getting old… the line of succession isn’t going to be challenged… once I die… my post will be yours. You’ll have to leave—“ He gestured to my house, my yard, my barn, my world. “You’ll have to leave all of this behind. And dress better. You should buy a suit.” I looked at him cross. “You assume I don’t have one.” He spit. “Not made of polyester.” I moved to spur claw him but he grabbed me by the leg and hung me upside down.

“Don’t disrespect me, Rooster. I may be old, but at least I act my age. You’re not that far away from blood in your stool. It’s not fun.”

—Is that why you care so much about your clothes?

—Why are you running away from everyone you love? And stop writing like this.

He dropped me and before I could scratch, he was gone. He left a note: “Don’t take it personally. Insurance sent me. Apparently they don’t have much faith in my health. Fuckers. I hope their building implodes. See you soon, better circumstances, coffee and cigarettes—Irving.”

—Where is my katana?