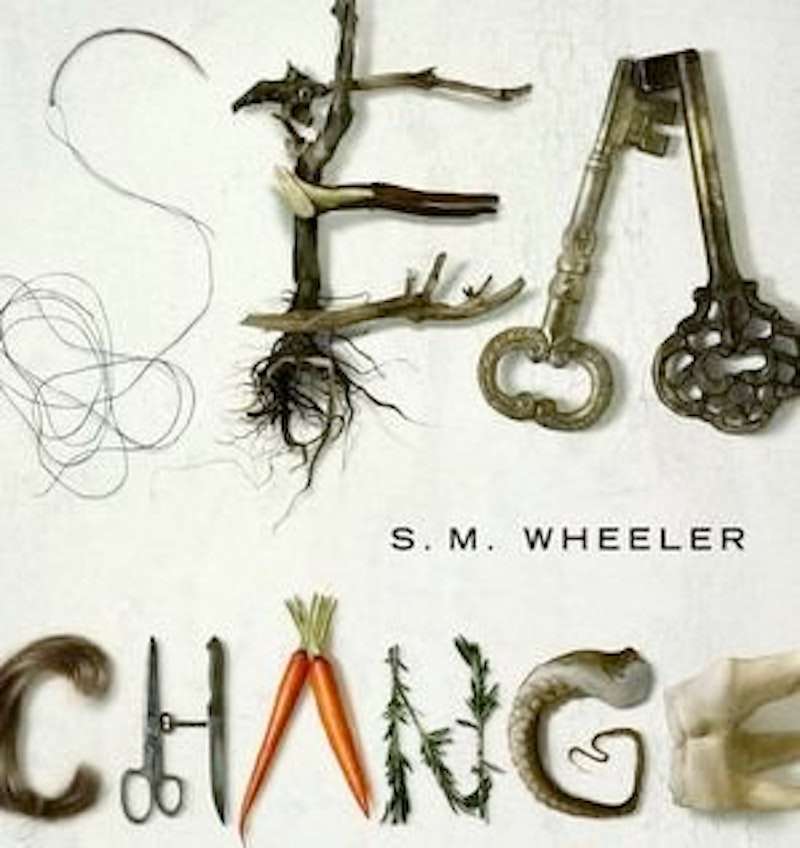 How do I describe S.M. Wheeler’s debut novel Sea Change (Tor/Forge)? It’s one of the most peculiar books I’ve ever read. Drawing on the tendencies of the Brothers Grimm, it’s a macabre fairy tale with modern sensibilities, exploring the constraints of gender, friendship, and love; it has a touching love story with roots in priestly pedophilia, and a uterus that is magically amputated by a troll. Sea Change is also a book with puzzling aesthetics, a plodding pace, and an ending that forces the reader to question if the story even lives up to its Shakespearean title.​

I picked up Wheeler’s book at a Tor party a few months ago, intrigued by the promise of a story about a well-mannered kraken named Octavius and his unhappy human friend Lilly. When I was in middle school I read and re-read Eva Ibbotson’s Which Witch?, enchanted not merely by its humor but by its tiniest character, a kraken in a bucket. (The witch that summoned it from the deep was expecting something rather more dramatic.) I was delighted at the prospect of another tale in which sea monsters would appear in unexpected ways. On this score, at least, I wasn’t terribly disappointed; the book’s first act, centering on Lilly’s melancholy childhood and her friendship with Octavius, is well populated with selkies, mermaids, and assorted mythical aquatic creatures. But after Octavius is abducted by a circus, bound by an oath to Lilly not to hurt humans, sea creatures are entirely absent for the rest of the book. It’s a real shame, because the wise and polite kraken was my favorite character.

Instead, my only constant companion throughout the novel was Wheeler herself, in the form of her distinctive prose that is at once bewitching and insufferable. As a poet, I admire Wheeler’s mastery of language; she’s eloquent, with a flair for unique perspectives and descriptions that create some compelling visuals. I say “some” because this isn’t always the case. Other scenes (often important ones, like the aforementioned uterus-removal) are so cloaked in innuendo and half-formed clues to what’s actually being described that they must be autopsied, analyzed, and stitched back together before Wheeler’s intent can be deciphered. As you might guess, this has a tendency to interrupt the narrative, much as the inexplicable (and presumably editorial) decision to italicize the first paragraph of each new section, creating a stylistic break that served only to remove me from the plot altogether. This slows down the pacing; it takes Lilly over half a year (I think) to come to Octavius’ rescue, and I felt as though I was experiencing it all in real time.

It’s a pity, because once you figure out what’s going on, Wheeler’s story is tremendous. I’ve written a lot lately about the need for more genre fiction that honors its inspirations without being derivative, and this contemporary homage to European fairy tales fits the mark perfectly. Through Lilly, we confront issues like the fluidity of identity and gender that are all the more poignant for their timeliness, and witness a reunion that many folklore aficionados will be able to anticipate—but they might not be able to keep from crying.

Unfortunately, I was. “Sea change” is an often-swiped bit of verse from The Tempest, sung during Ariel’s famous “Full five fathoms deep” song. It suggests a journey of many tribulations in which the hero undergoes a dramatic transformation of the spirit. Lilly certainly endures physical alterations, and some mental ones, but she seems like the same person at the end as at the beginning (and I wasn’t that engaged in her character at the beginning). Though I can see its merits, I can’t force myself to appreciate them any more than I already do. While Sea Change is a suitable adventure and commendable debut from a talented writer, it’s too wrapped up in its own drama to be a true success. Still, once Wheeler sorts out the pacing and readability issues, she could easily become a pioneer of the fantasy genre, and I’m looking forward to her next project.