A Pocketful of Changes in Northeast Baltimore

A penny for your thoughts is selling yourself cheap. 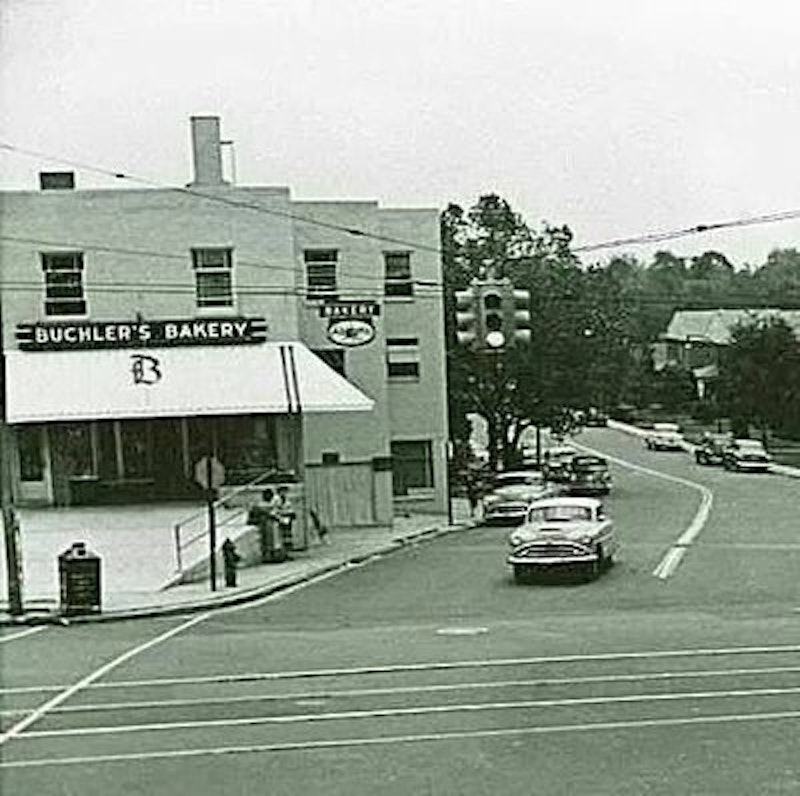 Growing up in my old neighborhood was as predictable as the seasons that came and went, like flipbook page images moving yet standing still. Time’s a thief slowly stealing our lives away and ultimately the illusions of existence. There’s little substantial to say about the nature of change in a little kid’s life. The area south at Herring Run Park in Lauraville and north to the shopping district of Hamilton on Harford Rd. in the suburbs of Baltimore City was my stomping grounds. My satellite spinning in that world within the world has burned its orbit. Today much of my childhood seems like a dream on a tape loop. Events occurred and reoccurred with such frequency, a déjà vu of time standing still, as redundant as television reruns. Not to say new and different exciting things didn’t happen on occasion. Only the monotony of my moments made everything else seem less so apropos.

My ancestors came here from Sicily. They were told the streets of America were paved in gold. The land of golden sidewalks awaited any and all who wanted a fresh go at life. Thousands of immigrants came here to live the dream of America. Now three family generations past, I write about my youth in a neighborhood that no longer exists. There were no drugs, guns or gangs in the community when I was a kid. Things were simple. Untoward behavior existed, but it was nothing compared to the violence and crime that occurs today. The early 1960s may as well have been the 50s for all the progress that was made. Suddenly, as if overnight, the country changed. The British Rock invasion, the space race, the Vietnam War and the youth revolution all mixed up to throw us unprepared into the modern age.

A glance back at that age held the usual dreams. What do you want to be when you grow up? That question loomed large and heavy. A policeman, fireman, astronaut, soldier, or maybe even president of the United States. A doctor, lawyer, or bank president? Nothing seemed more appealing to me than becoming an adventurer, wandering in search of hidden lost treasures. Or a bank robber, like Robin Hood, savior of the common folk, clown, hobo, poet, artist, or traveling minstrel balladeer. While my father and brother sat in the living room watching football or baseball games on TV, I was in the kitchen reading Jules Verne or Mark Twain. I had an aversion to anything with a ball in it. Team sports were not appealing to my loner spirit. My father would yell into the kitchen where I sat, “You should come in here and watch the game with us, you’re missing a great game. ” Bullshit, I thought. “No thanks, I am reading right now.” There was nothing better happening except the book.

Harford Rd. had the usual shops and places to eat. It was still stuck in the 50s. Today there’s a diner-style restaurant there with the name “Stuck in the 50’s.” It was originally a greasy spoon diner called “The Golden Key Restaurant.” The old bakeries are gone. One we frequented was located on the northeast corner at Harford Rd. and Echodale Ave. It was the regular stop for donuts, Danish, birthday cakes, yuletide logs, and all kinds of pies. On Easter they sold live baby chicks that were dyed pink, blue, and green and usually croaked after a week or so. Dunkin Donuts opened around 1970 down the street and put the bakery out of business. 7-11’s and Royal Farms destroyed the corner grocery stores and delis. New businesses and restaurants have opened along the two-block shopping district. “Live, Shop, Work Hamilton” was the slogan appearing on bumper stickers and painted on a wall mural. Since the dawn of the 21st century, young entrepreneurs began setting up shops. Many of them were friends and acquaintances. I lived there. I shopped there, but I couldn’t work there. Not that I didn’t ask for work more than a few times. Young people in business do not hire old farts who live, shop and grew up in the neighborhoods they took over. There was life there before they arrived. There’s nothing new or improved under the sun, moon or stars. It’s been done before.

I moved on, away from Hamilton, I share mostly fond memories and nostalgia. There’s too much crap we deal with in the modern world, it’s good to have some simple and profound recollections. All the occupations I’ve had or could’ve had, of all the things I could be. I’m a dreamer, exactly where I should be in my dream. You can go back home again, if only for a brief visit. Moving to my old childhood home as an adult was fun at first. But, eventually, like everything, it becomes a predictable routine. If only dreams could sustain life, we would be kings and queens of all we survey. Like loose change, memories can be saved or spent to round off a dollar. You can be whatever you desire, or so I’ve been told. In thinking about the value of memories and dreams, that hackneyed old saying, “A penny for your thoughts,” is selling yourself cheap.