A Eulogy for Poodles

For Tracey Zarubick, a friend, and rare in more ways than one. 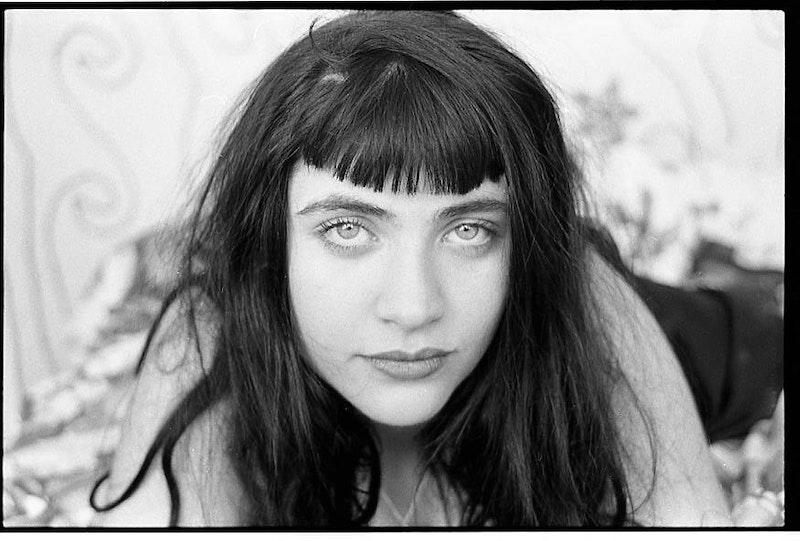 One of my best friends passed away Saturday night. Tracey Zarubick, better known as Poodles. I met Poodles in Baltimore and we became immediate friends. She was unlike anyone I’d ever met. A giant snowball of energy and color that rolled into you and pinned you to the wall with her exuberance, beauty, coal black hair and riveting pale green eyes. Her personality made her somewhat of a downtown star, especially in the East Village bars, where she was a regular, like Sophie’s and Max Fish. I’d often go out drinking with her, and we’d talk endlessly.

Her behavior was often problematic. It carried her too far away from safety. There’s always a tragic side to that kind of energy, and she had serious substance abuse issues, which in many ways destroyed her life. Her particular type of energy wasn’t to everyone’s taste and she could put some people off. But I always found her refreshing and liberating. She simply didn’t hold anything back. And, in the same way, she was very forgiving of other peoples’ weirdnesses and perversions. She just accepted people as they were.

She was brilliant in a real-world way. She was insightful and could cut through anybody’s bullshit in a second. She could know what you were thinking even if you didn’t, and would call you out on your deceptions. She’d even celebrate what you might’ve been ashamed of and make you feel at ease. Her mind was lightening-quick and could cross reference cultural associations faster than you could keep up. She was one of those rare people you could talk to on the phone for hours and never be bored.

Poodles was rare in other ways as well. She was a great friend and always there for me even when I didn’t ask. She’d almost always come to my rescue if I needed her. When I was taking my oral exams and needed to read and study for weeks, she cooked up bags of packaged dinners for me so I wouldn’t have to worry about food, and she demanded that I call her immediately when the exams were over.

She always worried about me and I worried about her, like best friends do. Occasionally that worry was extreme. On two occasions when she couldn’t contact me she called the local precinct to see if there had been any crimes involving a middle-aged white guy. And when I first got the barn and I’d be up there and she hadn’t heard from me, she’d call a local business in town to see if they could check on me.

Knowing that we both suffered from depression, she wanted us to take an ayahuasca cure together. She’d done some research as to where we could go and had it all planned out. She felt we could both free ourselves in this way.

Poodles was an amazing painter. Her creations were bizarre and surreal and I always liked them. But she wasn’t ambitious in the way most artists are. The only shows I remember her having were in bars where she knew the bartenders, and so they’d hang her work. I have a few of her paintings in my private collection.

Poodles left New York some time ago to live in Massachusetts. I didn’t see or hear from her much after that. But after Therese died, she got in touch with me and we started talking on the phone again. All that energy and brilliance filled a void in my life. Last year I went to visit her over the Christmas holidays. Although it was wonderful to see her, it wasn’t comfortable. She was living an isolated and lonely existence with her mother. She’s always had substance abuse problems and I was disturbed to find she still suffered from this. We didn’t get along too well, but we continued to text each other even up to a day before she died.

In the past we’d taken a couple of short road trips together upstate—and to Massachusetts. When I heard that she died, I immediately started looking through my boxes of photos. I was looking for one in particular when we were at her friend’s house in Massachusetts. The two of us were lying in the grass looking up at the sky, with the tops of our heads touching. Unfortunately, I couldn’t find the photo. Nonetheless I remember the look on our faces, lying in the grass with our host’s scruffy shepherd and how we were both so happy then.