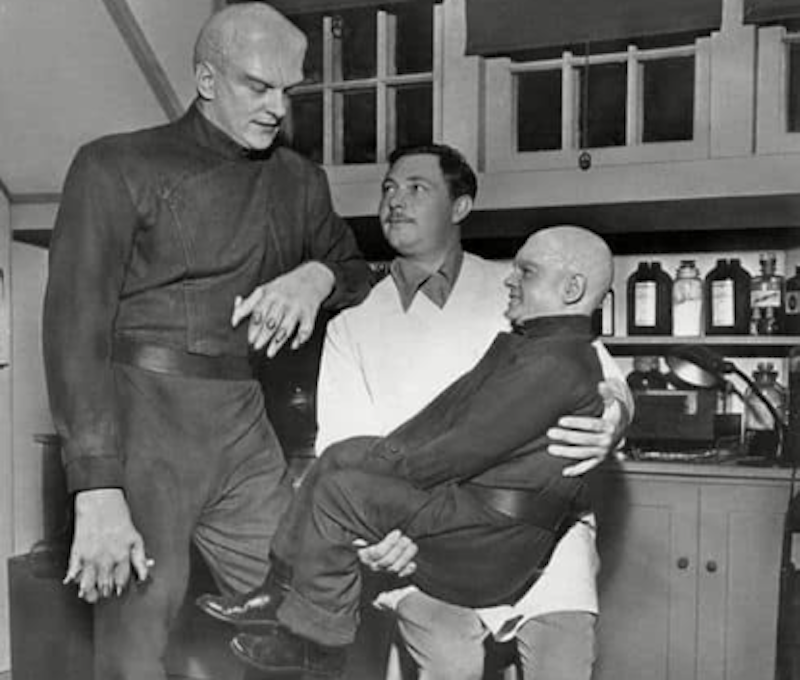 There’re always two stories. Tales of the times, some tall and others fables. Ripped from the pages of reality, torn right down the middle. Each side desperately seeking, and trying to grasp the other. It’s like attempting to hold the air in your pocket. Nothing there to grab, folks. Conquer and divide never wins. People change their minds like their underwear.

The tattered shreds spread so far apart from each end they can never come together. Putting small Band-Aids on a severed head, sorry... too late. Trying to sew up loose ends with a staple and some dental floss to make sense out of daily nonsense. Two ways to look at it: flip a coin. Take a chance. Heads or tails it’s your call. A make-believe paradox of unsubstantiated facts. It could go either way. Two out of three, maybe the short end of the stick. Pick it again, grasping at straws with uneducated guesses stabbing them in the dark.

The correct answer is different every time. Two heads are better than one; three are even better. The delirium of hallucinating that moment outside of oneself into another. Free as a bird on a wing and a prayer. If you don’t know where you’re headed then you’re already there. There’s a minister of loneliness in a museum of the unknown hanging from the gallows of despair. Exhibitions of human sin.

The people are held prisoners. Held together on short chains facing the cave wall. They can only see the illuminated wall directly in front of them. They can’t turn around. They can hear echoes of other peoples’ voices moving behind them and can only see shadows moving across the wall from a fire at their backs separating them from the others. Silhouettes of people who are controlling shadow puppets.

This ancient archetype is a hellish vision of reality. The outlines trace memories passed across a wall of warped vision. All perceived knowledge is mere speculation. Opinions without reason. The grotesque images of feeble minds chained to a wall in a cave of their empty heads. Changing minds again. Since the first joker thought of why not and at the same time changing their minds. Wearing different hats behind masks veiled in a variety of costumes. A novelty shop disguised to conceal a uniform of identity. Exactly who do we think we are? Or were?

Certified undeniably bonkers compared to real crazy in a world of standard commonplace fantasylands. Dissecting time in increments of thought waves. Pulsating patterns of ideas dancing on a wall of stone. Rock solid shadows in motion. The art of deducting hokum from fluff. A puff piece on mental health in a feel good story. Feelings, intuition, a chain of disconnect between discombobulated emotions. Lost perspectives change up the scenery. A design of curtains and stage props to set the mood. Two-bit actors flubbing lines. Playing out roles from different scenarios. A spectacular flop. Cancelled after opening night only to be replaced with an even more maudlin stink bomb. Nobody gets to see what shenanigans go on backstage. The reviews are in.

When I take my last exit from the world stage there’ll be no change of plans. No rewrites or addendums. No final bows or kudos. The epilogue is a done deal. A last will and testament for a fucked-up planet in a universe of pain and suffering. And when the curtains fall and the lights fade there’s no turning back. No encore or applause. You can spit in the face of god and slap around the Holy Spirit. Kick the devil in the ass for all the good it’ll do. There’s no easy exit out. Act your way dancing out of this life into the next with a flourish of immense humility. Every little thing that occurs is random and happens for no reason. This is the crux of the problem. Too bold, spicy and saucy for our own good. Like a smoked barbecue, a life slow grilled. The meat falls off the bones like butter.

The soundtrack’s theme song from The Three Stooges mixed with every sound ever made. We’re not ordinary folks, ladies and germs, we’re morons. Dumbbells, we fell for the oldest trick in the book. Words spoken to the Internet of anti-social media warp. I’ve changed my mind again. Because this life has been an oyster with a baker’s dozen dreams come true. I’ll take a bow and exit center stage.