A Change of Quarters

And now this final divide at bedtime—he trudged upstairs to the attic, alone. 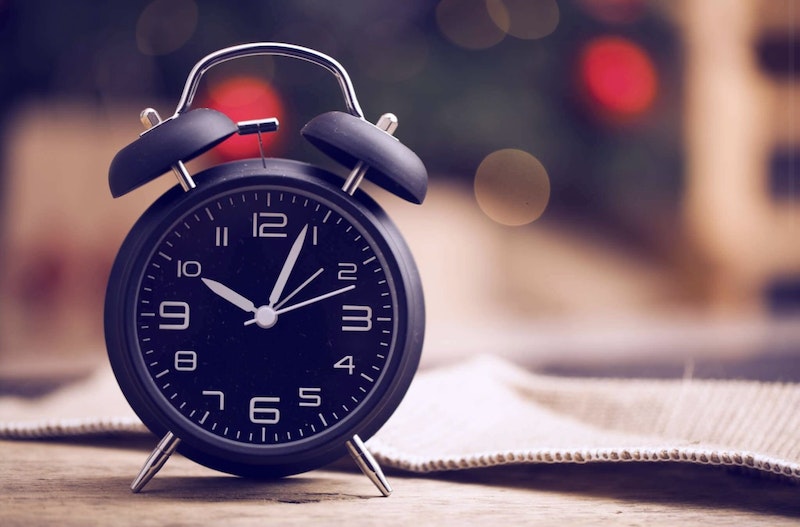 At bedtime Paul climbed the stairs to the attic, lugging his pillow and a couple of blankets. A sense of adventure pervaded his thoughts. A sense of apprehension as well. In 40 years of wedlock (rounding up slightly), he and Jean had never before, while sheltered under the same roof, spent a single night sleeping apart from each other. But now that streak was about to end. And yet they parted the best of friends. Paul blew Jean a kiss through his mask as she sat up reading in the marital bed, and Jean responded by blowing one back. He then went out the bedroom door with a sense of forging into the unknown.

It was Covid forcing this singular move. A test strip treated with Jean’s nasal waters had exposed her as a carrier, in the form of a pink line; while Paul, on taking the same home test, had turned up clean, with no pink line. Thus began the divide between them. Paul threw on an N95 and only shed it when having dinner, which he ate alone in the family room while Jean was eating hers in the kitchen.

And now this final divide at bedtime—he trudged upstairs to the attic, alone.

A loud ticking met his ears inside the bedroom. He switched on the overhead and traced the sound to an alarm clock perched on the dresser to his right. Tick, tick, tick, tick. Funny how he’d never noticed this nuisance before. Then again, he’d never been a guest up here. He’d hardly spent any time at all on this level, except to use the bathroom just across the landing. He grabbed the ticking bomb now and stuffed it in the closet. He then walked over to the bed and gave a listen. When he still heard a faint ticking through the closet door, he took the clock out again and stowed it in the bathroom.

It took him a while to settle himself. He shut the shades, fussed with the bedding, padded to and from the bathroom. Now where should he put his water bottle? He set it here, then over there, then back to where he had it first.

Through all this, Paul was aware of a conflict slowly building inside him. With every passing year, it seemed, he slept a little worse, but what if sleeping alone tonight changed all that? What if he could know again the feeling of waking refreshed in the morning? And what if this proved to be no mere fluke? What if there were more such removals to the attic, and a golden slumber claimed him each night? What was such a miracle worth to his life? Enough for him to vacate the marriage bed forever, a step he had vowed never to take voluntarily?

As a young boy Paul knew his two sets of grandparents, and couldn’t help but notice, when staying at their places, that each old couple retired for the night to separate bedrooms at the end of the hall, as if to escape the constant bickering. And they weren’t alone in this. His own folks, too, when they grew old, took to sleeping in separate rooms, his mother banished to a far-flung corner where her snoring wouldn’t disturb the master. All three cases hardened Paul against his ever doing the same; and Jean, for her part, felt as he did. Each was committed to the marriage bed as if their lives depended on it. Even to share a strange bed made them both miserable, but especially a hotel’s king-size bed, replete with its row of eight plump pillows, as if to invite the heads of eight guests. It was far too easy to lose one’s bearings under the covers of such a behemoth. “I can’t even find you,” Jean would lament in a distant voice, as over a chasm. They were used to their cozy “full”—midway between a twin and a queen—and rejoiced at knocking knees again when back within its confines.

The attic bed was also a full, but to Paul it seemed to have swelled to a king as he stood at its foot taking its measure. With so much open space to himself he was free to stake out the middle, but instead he burrowed in on the right, his wonted spot when sleeping with Jean.

His thoughts turned morbid with his dousing of the lights. In recent years he’d begun to be troubled by convulsive thrusts of his limbs while asleep. Jean was often the butt of these thrusts and would cry out angrily in fear and pain at a kick in the shins or a punch to the belly. Only then would Paul wake up and catch himself in the brutal act. “Are you all right?” he’d sputter in the dark, drawing back with a guilty start. For the rest of the night they took the precaution of turning and sleeping with their backs to each other.

On some nights Jean, starting awake and sensing trouble ahead from Paul, whose limbs were starting to quiver and jerk, would lay a calming hand on his body and quell the disturbance, averting a crisis. Later Paul was left to wonder, on learning what had happened, if Jean, by her intervention, had saved him from a heart attack.

Now as he lay alone in the attic, he wondered what would happen tonight without Jean to save him if the shakes came on. Would she come up and find him dead in the morning? He imagined her shock on trying to wake him and finding his body unresponsive. “Paul!” she’d burst out. “Paul! Paul!” But his lifeless form would give nothing back. And to think he’d headed up last night without a thought of what was to happen. Or so her imagination would spin it, when in fact she had it completely wrong. For of course right now he saw it coming, or at least the possibility. And though he liked the thought of Jean grieving over his stiffened body, he bridled at her thinking he’d been taken unawares. That would lend the whole thing a too-piteous air, as if he’d been the dupe of Fate. And he was no mere dupe of Fate! He’d seen death coming to take him away! That made him not a dupe, but a seer!

Was Jean, he wondered, still up reading? He had a sudden urge to run downstairs and set the record straight with her. “I just wouldn’t want it thought,” he’d tell her in as calm a manner as he could muster, “that I was taken by surprise if I should die in my sleep tonight. Death can come at any time, even to one as healthy as me.”

He raised the side of his head from the pillow and listened for any stirrings below. But all was quiet, and he lay back down with a sense of having missed the moment. Now if he should meet his end before the night was out, it was too late to clear up any misconceptions.

He reached for where he’d left his watch and checked the time—11 o’clock. His usual pattern, on closing his eyes, was to fall asleep instantaneously, and so it happened again tonight, even with the change of quarters. Alas, his other tendency was to wake after three hours, and this pattern also repeated itself. His eyes blinked open, and in that moment he looked about the room in confusion. “Oh, that’s right,” he said to himself, “I’m upstairs in the attic bed, and there’s my watch where I laid it down.” He grabbed the watch, brought it close, and felt his heart sink. The golden slumber was not to be his. He’d slept three hours. The luminous blue dial showed the hands at 2:10.

The very next moment his heart took wing. With the deepest part of sleep behind him, and dawn around the corner, here he was at two in the morning still alive and kicking. He might just make it through the night after all.

But death has more than one modality for taking a person out of the game. He tumbled out of the warm bed and made for the toilet, careful not to plummet down the stairs when crossing the landing.

On flopping into bed again, he felt at peace. He’d managed to evade the second modality when crossing the landing coming and going.

He rose in the morning at his usual hour, with his usual sense of a sleep unfinished. Later that morning he tested again, and though he showed no symptoms as yet, the neutral line of blue on the strip was joined this time by the telltale pink.

No point now in wearing a mask around his fellow pinkie in the house or taking meals in separate rooms. The divide began to close again between the two sufferers, culminating in short order with Paul’s return to the marriage bed and a knocking of the knees with his long-time neighbor.

The moment was not without a sense of occasion. For a good many years now, one of Jean’s favors was to scratch Paul’s back in the drop-off to sleep. Paul had come to crave the treat and would get himself into position, but if Jean took a night off, or maybe even two, she wanted to be left alone, no questions asked.

And Paul complied. Did he have a choice? He’d lie at the ready but not say a word, like some beggar crouched at the wayside who doesn’t dare to open his mouth.

The one night off, or maybe two, had lately stretched to more than a few, and still the beggar, starving now, resolutely held his tongue. Up until the very night Paul slept in the attic, a whole month of nights had passed by the board without one penny dropped in the tin. But tonight the penny dropped at last. Without a word, as Paul lay ready, the scratching started up again.