The action heats up in Oliver Bateman’s ever-expanding “hot take-verse.” 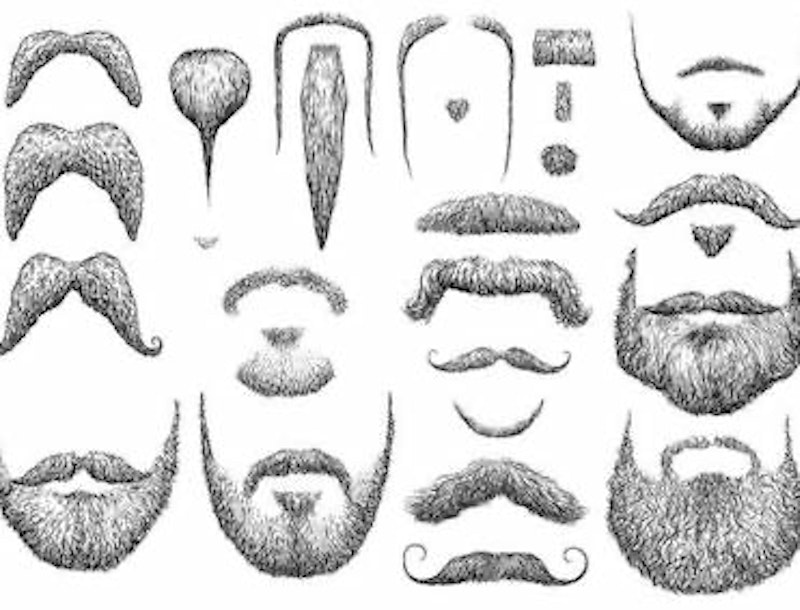 “It was a bold choice,” wunderkind director Brian Powell said.

Maggie McCleary, interviewer to the stars, nodded enthusiastically. She had no idea what Powell had just said, but she knew darned well that he hadn’t said nothing. Empty enthusiasm was her default position, so she decided to fall back on that. “I love it!” she exclaimed.

“I just think it was the greatest,” McCleary said, trying to clarify her position. “What a choice!”

Powell looked off into the distance. Like most troubled geniuses, he wasn’t made for this world. He’d agreed to do this interview at his manager’s insistence, but this person was completely clueless. “A lot of people didn’t understand why I did it.”

McCleary took a sip of water, then tried to reestablish eye contact with Powell. “Could you tell us more about it, Ryan?”

“Well, in the remake of the Brian Powell Story, we used a bearded actor to play beardless Al Gore and a beardless actor to play bearded Al Gore. It was very controversial at the time,” Powell said. Owing to the cocktail of downers he had taken prior to the interview, he was feeling dizzy and had begun to slur his words.

McCleary clapped her hands together. “I can’t believe it!” She turned to face her audience, which consisted mostly of lily-white housewives corralled by her producers. “Can you believe it, fam?”

“What could your ‘fam’ possibly contribute to this discussion?” Powell asked. “I mean, my decision to use a beardless man to underscore the essence of beardedness was rooted in years of study. It was a calculated, daring move that I undertook to give my viewers an accurate depiction of what it’s like to wear a beard. I call it the ‘anti-method,’ if you will.”

McCleary flashed him her winningest smile. “I think you’re underestimating our ‘fam,’ Ry…”

Powell interrupted her. “Were you about to call me ‘Ryan’ again? How could you make that mistake again? What if I kept calling you ‘Margie?’ How would you like that, Margie?”

“Teleprompter? Isn’t this live?” Powell asked, his face livid with anger. “Don’t you know who I am?”

“I think so,” she said. “You wrote that hot take about gaslighting, right? I saw that one on Facebook.”

The tiny people in the distance dropped like flies. The Evil Genius smiled as he molested his Van dyke beard. "It's a beautiful day," he remarked as distant screams inundated his ears.

Millennial media journalist Camden Camden made a notation on her yellow legal tablet. “Can I quote you on that, mister?”

"What exactly are you investigating, young lady?" the Evil Genius asked once the noises had subsided a bit.

Camden approached and traced some of the esoteric blueprints on the Evil Genius' desk with the tip of her forefinger. "A device called the Miracle Murder Machine," she answered.

The Evil Genius smiled. "And what have you learned?"

"I thought as much," the Evil Genius chuckled. “I’ve never even heard of this magazine you write for. It’s online, isn’t it?”

“Yes,” Camden said. “It’s online only, but we might publish a print quarterly down the line if everything works out and we can land some more advertisers.”

Back at Moustache Publishing, the Chief looked over Georgiy's latest content and nodded his approval. "This is good blog work, Georgiy. Nice hot, fresh content about how the ‘kids’ are out there ‘doing the work’ or whatever is real cool right now. There must be at least 3000 words here. We’ll surround them with an impenetrable wall of auto-loading ads and cause everyone’s browsers to crash."

Georgiy was beaming. "Beam it up, Tolstoy," he responded nonsensically.
•••

"How would you describe the defendant, miss?" the corrupt district attorney asked with no shortage of gravitas. In fact, he had so much gravitas that he had to be taken to the hospital for a risky—but necessary—gravitas-removal operation.

"A psycho?" the DA repeated, glancing at the jury afterward. “That’s not politically correct, miss. I believe the preferred term is ‘different.’”

The witness paused to sip her water. Clearly it wasn't easy coming up with lies on the spot like this. "Well, sometimes he'd be extremely friendly, but other times he'd..."

"He'd what?" the DA asked with as much or more gravitas than when he'd begun his line of questioning a moment earlier. Thank god he got help when he did. "What would he do?"

The witness shook her head. It was unbearable.

"He wouldn't say anything to anyone. He'd walk around looking like he'd just sucked a lemon. It was toxic masculinity, for sure. Maybe some gaslighting, too."

"Your honor, I fail to see how— " defense attorney John Luxton started to interject, but realized he'd just gotten five lines on Tetris, thanks to a well-timed rectangular piece. He was happier than a hog in slop.

The 1950s Prose Poet sat in the field and removed his shirt and pants. After splashing a bit of beer on his bare bronze chest, he lit a cigarette and started jotting down some new viral content.

Before he'd gotten too far into it, though, a pair of giggly girls in revealing beachwear approached. He looked up and smiled a gruff smile. "Help you with something, girls?" he asked with the sort of rough-hewn charisma that had made him his name.

"We were just... aren't you... ?" was all the girls could manage, so overcome were they with lust and longing.

The 1950s Prose Poet laughed a hearty laugh. "Probably," he answered, snapping the waistband on his “tighty whitey” underwear.

"Yep," the Chief began with a wistful sigh. Some sort of flashback was to follow... or was it? "I remember the Kid Pop/Miyamoto fight."

"Oh, this was before your time, kid," the Chief explained. "See, I used to follow the sweet science a lot in the old days. All us tough-guy beat writers did."

"Boxing, son," the Chief said with a wave of one of his big, beefy paws. He shook his head and smiled, then ate a couple packs of cigarettes before continuing, "Middleweights... those were my favorites. And Kid Pop and Miyamoto were two of the best. Maybe even the two best. Definitely two of the best, though. Yep."

"Nah, ya wouldn't've," the Chief said, inexplicably picking up a bit of an accent. "That fight was the end of an era, though, lemme tell ya."

"What era was that, Chief?"

The Chief ate another pack of cigarettes and took on the qualities of a man who has seen and heard it all. "The Kid Pop era."

"Don't you want to know what I learned from my interview with the Evil Genius, Jack?" Camden Camden asked in a teasing sort of way.

Jack Chaser had apparently had some sort of unpleasant premonition, because he was uncharacteristically downtrodden. "Nah," he answered after a long silence. “Don’t give a rat’s patoot, hon.”

Camden was, of course, moderately annoyed by Chaser's answer. Not that she wanted to share what little information she'd gained from her exchange with the Evil Genius; in fact, all she wanted to do was taunt Jack with myriad red herrings and ambiguities like he always did with her. He wasn't biting, though. He wouldn't budge. "Why not?" she asked, her anger veiled quite thinly as if by a sheet of wax paper. "I learned a lot in there. I know all about the Miracle Murder Machine," she promised, now sounding a bit desperate.

Chaser swallowed, licked his lips and pulled his 10-gallon hat down over his eyes.

Camden clenched her fists and shut the car door. After a moment, she turned to Chaser and began rubbing his shoulder and breathing on his neck. "Don't you want to know, baby?" she asked breathlessly. “Or are you going to wait to read my hot take, like everybody else?”

"You already...?" was all Camden got out. She narrowed her eyes, gritted her teeth and then fastened her seatbelt and put both hands on the wheel. She felt like screaming.

Chaser folded his hands across his ample beer belly and smiled a little smile.