A Baltimore Novel That’s Slightly Off

Mary Jane moves from color to black-and-white and back again. 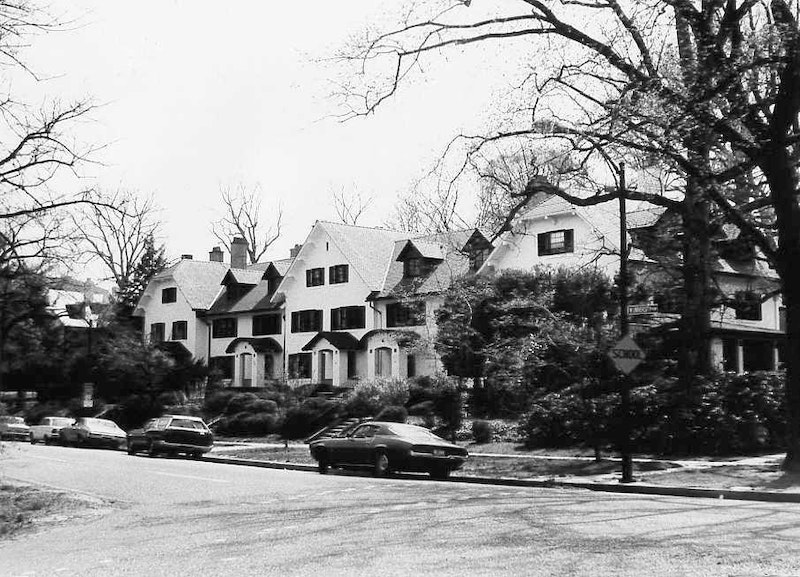 Last month, I wrote an article about a mystery novel—Jean Hanff Korelitz’s The Plot—that I read until the end, even though the writing was unremarkable and the whodunit payoff was clear halfway through the book. I was in the minority of naysayers: Korelitz was plumped by fellow writers, collected the requisite log-rolling book jacket blurbs, and The Plot was a critical hit. Although I read a lot, that part of the publishing industry is one I ignore; it’s hard to trust reviewers who are authors themselves, probably looking for a return favor. Within the story, I speculated that Jessica Anya Blau’s Mary Jane, set in Baltimore’s Roland Park—a half mile from my house—might be headed for the scrap heap, based on the first 70 pages.

I finished it, and while no worse for wear, I marveled at what (to me, a Baltimore college student in 1975, the year Mary Jane is set) an inaccurate picture of the city it portrayed. Mary Jane is a coming-of-age story/social commentary read—and Blau, who now lives here and has taught at Johns Hopkins, is no stranger to the genre (double-dip!), debuting in 2008 with the Southern California-set The Summer of Naked Swim Parties—that isn’t unpleasant to whip through, and it’s very possible that fans of her work who aren’t Baltimore residents will relish every word.

In fairness, there are some funny bits in Mary Jane (Mary Jane babysits for a free-living couple’s five-year-old), but the story makes no sense given what Baltimore, and Roland Park, were like in 1975. Quickly, this is novel’s premise: 14-year-old Mary Jane Dillard lives in the neighborhood, attends the private Roland Park Country School, and is an only child whose affluent parents are caricatures of racist blueboods that certainly existed two decades prior—when blacks and Jews, for example, weren’t allowed to buy a house in Roland Park—but are badly misplaced in time.

Mr. Dillard, for example, an uptight father who barely acknowledges his daughter and merely puts up with his cookie-cutter wife, says grace before dinner and asks God to bless and protect President Gerald Ford, a picture of whom hangs in the dining room. And then he grunts throughout the meal while reading the evening newspaper.

What? I had no beef with Jerry Ford, aside from an unmemorable two-and-a-half years in office and misguided economic policies (the longtime House Member, tapped by Richard Nixon as vice president after Maryland’s Spiro Agnew was forced to resign after a low-rent scandal was revealed) since he was, at least in public, a humble man, saying when he took over for Nixon, “I’m a Ford, not a Lincoln,” a “joke” that the media lapped up at the time. But Ford was so dull that unlike JFK, Nixon and Reagan, I can’t imagine even the most stalwart Republican hanging a portrait of him.

Mary Jane, a smart but shy teenager, dutifully helps her mother cook, garden, polish the silver, sings in the church choir and has no exposure to pop music other than records of Broadway show songs. That’s inconceivable in 1975, when rock, soul and country-folk were on every radio station, TV shows, and piped-in background for supermarket and big-box stores like Ikea. That her parents are not only overt racists, but also rabid anti-Semites, is believable but their dark side-Ozzie and Harriet routine isn’t.

In any case, Mary Jane’s babysitting job with the digging-the-1970s Cones (the father’s a Jewish psychiatrist) is more realistic. They drink, smoke pot, dabble in blow, Mrs. Cone doesn’t wear a bra, their precocious daughter Izzy walks around naked, the house is a mess, and until Mary Jane shows up, they mostly eat takeout, since the parents can’t cook. When Dr. Cone takes in a couple, one of whom is a rock star in rehab, his wife (Sheba) a famous actress, there are some laughs, like when Jimmy (the druggie) is discovered banging a neighbor on a sand dune by Izzy and Mary Jane, and wriggles out of it since he was only having sex, not shooting junk.

Goody-two-shoes Mary Jane is “liberated” after her summer with the Cones (the parents separate at the end, as Bonnie discovers that life as a housewife in Baltimore fucks with her freedom, and wants to fuck Jimmy), stands up to her parents and is relieved, with Jimmy’s counsel that she’s not a sex addict—even though she’s never kissed a boy.

(Interlude: I know times are lean at publishing houses, but you’d think a copy editor or two might remain at Custom House, an imprint of HarperCollins. One error in Mary Jane was glaring: Mary Jane speaks of buying clothes at “Huxlers,” when the department store was the Macy’s of Baltimore, Hutzler’s. When Jimmy and Sheba want to buy records, MJ says there are none in her neighborhood: in fact, five minutes away from her house was Recordmasters, located in the Rotunda on W. 40th St. I didn’t go to the Hutzler’s downtown, or in Towson, but bought LPs at Recordmasters on a regular basis.)

Novelist Allegra Goodman’s review in The New York Times is giddy: “Bighearted and retro in its setting music, this novel has the bouncy rhythm of classic television.” Not really, since I can’t think of a single sitcom couple as noxious as Mr. and Mrs. Dillard. She concludes, after a few mild criticisms, “Blau’s story is so clear and bright that you can watch the movie in your mind. Lady Gaga as Sheba? I’m already casting it.”

As a college student in the mid-1970s, one of my jobs was at an adult home on Upland Rd., just down the street from Morgan & Millard, and I know the neighborhood wasn’t as strait-laced as Blau portrays. I’d wait for the #61 bus on Roland Ave. to get home, often a long wait since I got off at midnight, and I’d see hippies walk by smoking joints or drinking beer. It was, again, 1975, not 1965.