Why Do Free Agents Stink?

They're too damn old. 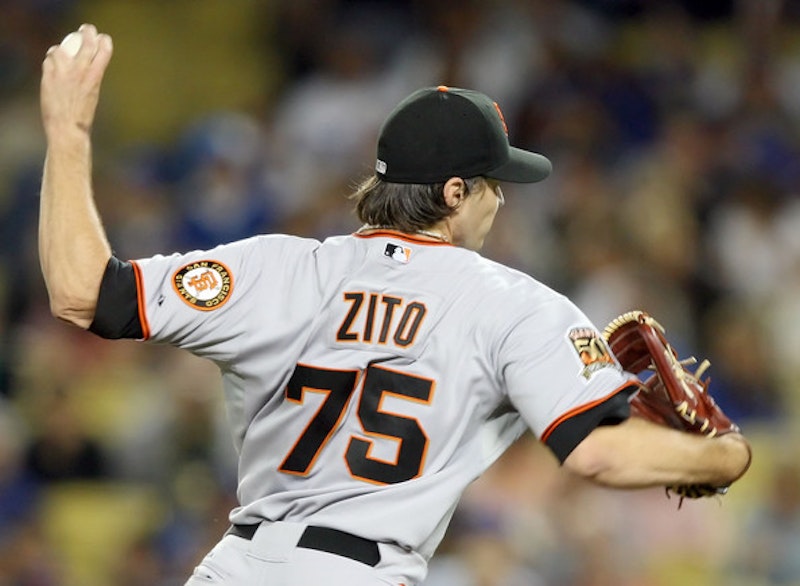 Fact: 50 percent of big money free agent contracts end up as bust. Money-sucking albatrosses. Generally, unless you’re the Nationals, a player needs to prove himself through statistics, consistency, and sturdiness before a team whips out a huge amount of dollars and years. Why then do elite players turn into mush right after the ink dries? Does a gigantic sum of money really take away ambition and the desire to succeed, or is it something else?

It could just be the aging process. Free agents are usually signed around 30 or 31, so regression is natural. If a general manager inks a 31-year-old to play for the next seven seasons, he should know what he’s getting into. Washington thought that Jayson Werth would be a middle of the order bat until around 2015, and when he started to show signs of wearing down they’d move him lower in the lineup. They anticipated regression and factored it into their plans for the future. What they didn’t expect is that their $126 million investment would be batting .217 with only 11 home runs in the middle of July. Who knows why he’s slumping? It could be that he’s useless outside the friendly confides of Philadelphia’s Citizen’s Bank Park, or that he’s simply content with his wealth and doesn’t feel the need to challenge himself anymore. Whatever it is, Werth’s drop in performance certainly isn’t heavily connected to his unfortunate but in no way debilitating .265 BABiP. It looks like agent Scott Boras wins again.

Of the many goals a baseball player has, the main one is normally to make a load of money; winning a World Series, an MVP trophy, or a Gold Glove tend to trail distantly behind. After that goal is accomplished, what’s the point? I mean, working out stinks, especially in the offseason when they could be spending their money and being with the family. The argument against this is that athletes are competitive by nature, but teams like the Nats or Cubs aren’t going to win anyway, so why bother preparing for the season? Alfonso Soriano and Werth have better things to do with their time.

Players like Carl Crawford and Barry Zito are in the opposite camp. Both of their teams are good enough to play in October without them, so why bother? Before the season Crawford said that he’s tired of stealing bases all the time and that he wants to take his game to the next level. Translation: “I’mma chill and get some singles while y’all try and drive me in. Oh and I’mma take my vacation break, er, DL stint, around June.” Zito, in all fairness, was never that good. Aside from his Cy Young season, which he received only because of his 23 wins, Captain Quirk has posted a FIP below 4.05 once, and that was in 2001.

There are a couple cases like John Lackey, too, where the player obviously doesn’t fit with the team and can’t handle the pressure or level of competition that comes with playing for a big (and passionate) market. The real reason baseball players start to deteriorate after a big payday will always be a mystery though, because nobody’s going to admit that they stopped trying once they received their first paycheck. Except maybe the Reds’ Bronson Arroyo, probably baseball’s most honest player.