Watching the Mets With Uncle Willy

Yankees Superfan forced to bite bullet with the rest of us. 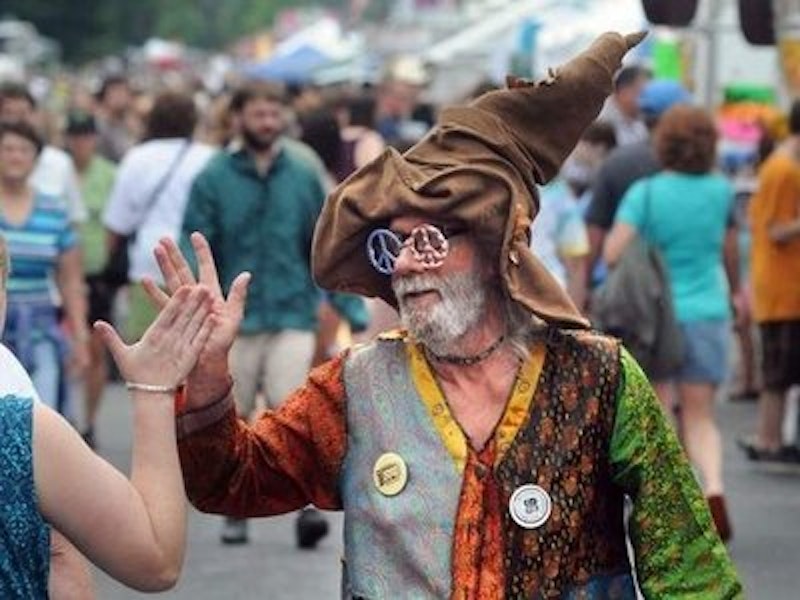 1. Your MLB team is out of the “playoffs” after a one-gamer against a Cy Young shoe-in, shut out yet again on national TV and now you must watch lesser teams advance toward the World Series. And they are all wearing blue.

2. Your local bar in town has been shut down by an inept owner leaving you to $12 beers at uncomfortable bistros aimed at citiots visiting the Hudson Valley.

3. Winter is coming and it snowed the afternoon of NLCS Game 2.

A footnote to the first item is The Absence. It is the gaping hole after you have yet again watched at least 140 of the 162 regular season games on your satellite-rigged JVC television, as you have done dutifully since purchasing the equipment in Brooklyn in the year 2000 with a paycheck ironically drawn from the bloated television production arm of Major League Baseball. Your summer companions named Marte, Walker and McCutchen are gone and this sudden free time allows you to go see Lucinda Williams and her low-energy, esteem-challenged concert on a Sunday night in Poughkeepsie that has hangover all over it but still kind of rules. You have time to do these things now because the postseason pain is out there on the TVs and you have to look away, again. Maybe you can finally catch that Dock Ellis documentary that 432 online friends have seen but you haven’t? Finish reading that endless Clemente biography by David Maraniss?

Lucinda Williams can complain about her own voice all she wants because we can’t tell if it’s bad because it is the badness that is good, the drone-shifting wails and flying trapeze consonants purloined by her lyrics. And her voice fills the room of the 1869 Bardavon Opera House in downtown Poughkeepsie all pugilistic with its perfect marquee bulbs lighting up in synch across from a few bland courthouses and government buildings.

It was my first time inside the Bardavon and I was impressed with how plain it was. The bulimic excess of the rococo theater interiors is usually too much, especially in a downscale city like Poughkeepsie. Too much gold leaf makes it all seem like a Catholic church, so I was glad to see the Bardavon had certain Lutheran qualities of understatement within its embrace. I knew if Williams played “Pineola” I might lose it right there sitting solo in row F. Her set did not include that gothic hearstring-tugger, but there was not a dry eye in the house when her encore opener was an acoustic guitar solo, of J.J. Cale’s “Magnolia” which she said she used to play in her first days of coffee shop and barroom open mic appearances way back when. Her voice sailed and filled the room, as old as it was, and she was singing about New Orleans and it all suddenly made sense. It also made sense to go watch New York playoff baseball with Uncle Willy at a bar he runs in uptown Kingston.

Uncle Willy Guldy is the Yankees superfan who became a stadium icon of the late-1970s wearing his Imperial margarine-style large crown and king’s cape and wacky eyeglasses, always drawing the WPIX-TV cameras to him for some comic relief in the burning Bronx. He comes off as a beardy and an expressive hippie very much an R. Crumb-drawn baseball character-toon come to life, probably taking up too many seats back in the Steinbrenner era when crowns meant something. He usually had a clever sign in his hands and any Yankees fan in his or her 50s knows this guy by sight just as they knew the frying-pan toting Freddie Sez, who is no longer with us.

Uncle Willy is very much with us and he greets me as an anonymous customer at his joint. It’s on a nice corner where Front Street meets Wall Street in the Stockade District. A small carved wooden sign hangs over the door with a king’s crown and several shamrocks dancing around Uncle Willy’s name. I get inside and he’s got bikers up front screaming for the Mets (not at all the usual nerds I always encounter) and a rock ‘n’ roll band called 18 Wheels in the back grinding out Seger-esque originals. I ask him as a Yankees superfan what he thinks of these Mets who are beating the Cubs on the TV above him. He is a guy tough to quote over the roar of the live band and his jukebox that fills in the gaps.

“You gotta root for New York,” he says with the bar manager’s shrug, gesturing at the hulking mass of Mets fans at the front bend of the bar. “Hey, they got a rotation full of young arms,” Willy says, tapping his upper arm. Willy is technically a former Yankees superfan. He says he mostly gave up going to games in the Bronx in the 1980s. He hasn’t been to the new Yankee Stadium, though he says he hopes to “make a final appearance during my lifetime.” Guessing his age is next to impossible.

He checks on drink levels on his way to the back to look in on the band camped in the rear. He wanders back up front, very much a George Carlin doppelganger, and his wrinkled face stares right up at the salon-treated Viking facial skin of Mets flamethrower Noah Syndergaard. Willy is unfazed by the lad. He’s got a decent crowd on a relatively quiet street, and the guitar player from the band keeps asking for updates on the Sunday night Patriots score. Willy just laughs. You are clearly sitting in a baseball bar. Some wayfaring Mets fans trail in and he tells them their team is suddenly down thanks to a grand slam they missed while in transit. Young customers love him, as they tell him that when they leave. Old geezers appreciate the extra splash of Scotch. Non-ironic 70s swinger-type couples canoodle over their drinks and they thank him profusely when they leave the place. It’s quite a mixed crowd in the utilitarian rectangular space that reminds me of the bars found on the sidestreets of Hell’s Kitchen in the late 1980s. His back bar has a Zen-like absence of shelving, he is low on Jack Daniels and has several flags covering the ceiling above the bar. Uncle Willy’s prices are welcome relief from the high-end establishments of Dutchess County across the river, which has a growing reputation as a good place to get the high hat.

Willy is a Kingston native and knows the town’s baseball history from ex-Yankees Mike Ferraro, Bill Short and Joe Ausanio—all Kingston born. He’s got the musical acquaintance chops as well with Jorma Kakounen and Paul Butterfield regular performers at his old place on Broadway. The flyers framed on the wall tell much of the story of the burgeoning Woodstock scene when Levon Helm was in the saddle. There are also tons of photos of Uncle Willy dancing in parades from Rosendale to Kingston and many other towns, decked out in Uncle Sam hats and various get-ups that have become his trademarks.

Who does Uncle Willy see winning the 2015 World Series this November? “I’m an American League guy, so I’d go with the Royals because I am a big fan of Ned Yost,” Willy said of the Kansas City manager. “I was always impressed by him when he was a coach for the Braves.”

The band is done. The Mets surrender a token run and suddenly their bullpen gets serious after a summer of being the butt of many jokes. The New York team heads to the Midwest up 2-0 with a trip to the Series on the line. I thank Uncle Willy for easing the pain of a long-time Mets hater and make my way out the door, shoulders hunched into the cold night.