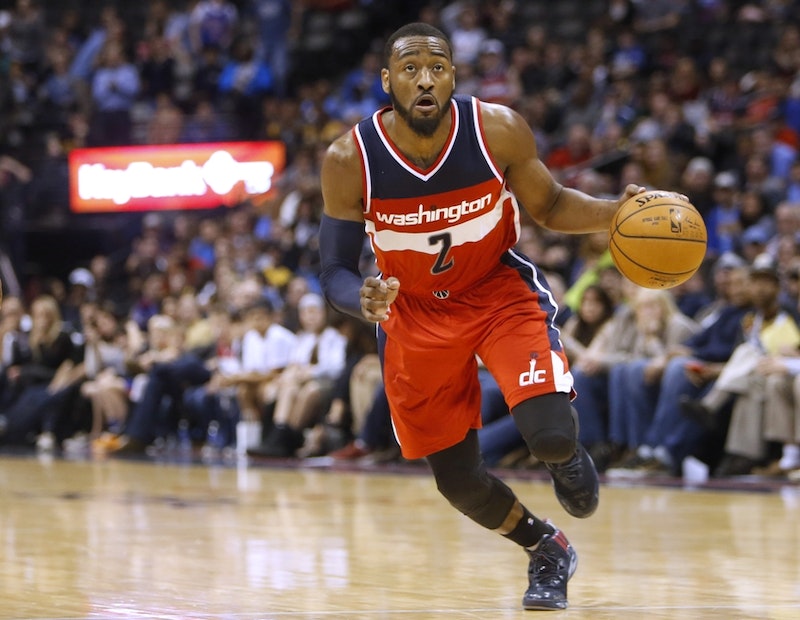 Before climbing to 46 wins last year, the Washington Wizards hadn’t experienced much success in the last… generation. If we check the records, the Wizards have never won more than 46 games in a season. The franchise used to be known as the Bullets. From 1963 through 1973, the Baltimore Bullets won 50+ games in three seasons. After a year as the “Capitol Bullets,” they became the Washington Bullets. They won 60 games in 1974-75, led by Elvin Hayes, Wes Unseld and Phil Chenier. That team ended up losing in the Finals to the Golden State Warriors, another franchise that had a rapid resurgence after decades of mediocrity.

After seeing their win totals slip from 60 to 48, then down to 44 in the late 70s, the Bullets surprised the NBA with their only franchise title in 1977-78, beating the Sonics in a memorable seven-game series that June in which Disco reigned and before crack had surfaced in the Beltway. The following year, the Bullets won 54 games. Thirty-six years later, the Wizards are still trying to get back to 50 wins.

Like Muggsy Bogues and Jose Altuve, the Wizards will be small this year... at least that’s the intention. Following their playoff success, the Wizards have talked about continuing to extend the spacing around their Olympic sprinter, John Wall. The Wizards have Bradley Beal entrenched at the two, though he’s determined to take more threes (expect that to work out from both an analytics and intuitive standpoint). The combination of Otto Porter–who had a mini breakout in last year’s playoffs–and a possibly healthy Jared Dudley (glue guy extraordinaire) give the Wizards enough options and length to go small. Is Otto Porter ready to take the balance of the minutes at power forward? The instinct would be to say, “Not at all.” On the other hand, the East is filled with power forwards who aren’t really power forwards, so the answer becomes, “Why Not?” Paul George can play at the 4? So can Otto Porter… maybe. Vagabond Drew Gooden offers another big with more versatility than Kris Humphries.

Nene is aging rapidly which will weaken the interior defense. Coach Randy Wittman will play Gortat without Nene, which should free up Gortat’s offense on the pick-and-roll with more spacing. Gary Neal may be an x-factor if the Wizards are truly intent on running with space. Neal was lost in the shuffle in Milwaukee and Charlotte, but remember his performance with the Spurs two years ago and one can imagine the Wall effect on him.

Some are wondering if the team can threaten in the East with expected slippage on defense. As the Houston Rockets and Portland Trail Blazers have recently shown, a high-level offense that limits turnovers can impact the defensive side of the court. By limiting turnovers, the Wizards can keep their defense from plummeting. Can John Wall play at a breakneck speed and continue to keep the turnovers low? This will be Randy Wittman’s challenge. By limiting Nene’s minutes in the regular season, it would increase his chance of success against playoff big men.

After years of taking it on the chin, Wittman has settled into a comfortable position, leading an exciting young contender. Will this be the year the Wizards get back to the 50-win plateau? I’ll say yes… just barely.