Massachusetts will have legal sports betting next year. 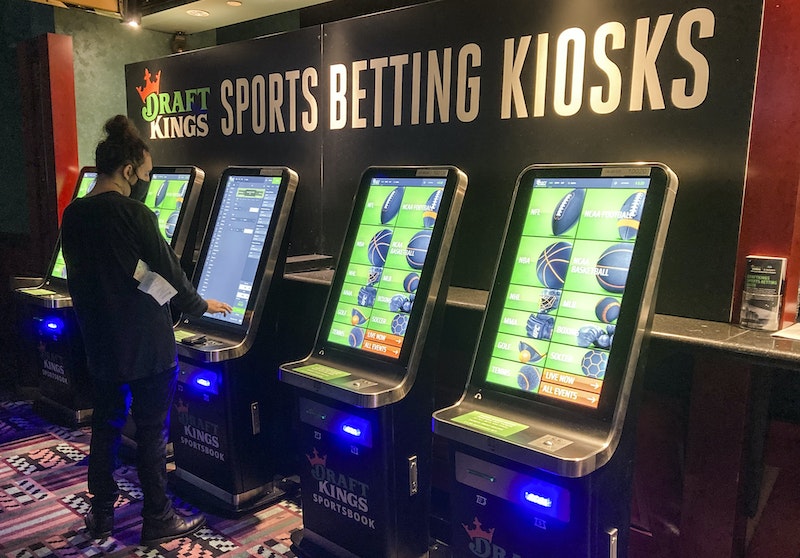 Massachusetts followed the nationwide trend by legalizing gambling. The proposal passed with strong bipartisan support. The law means that there will likely be places where people can cast legal bets here before Super Bowl 57. However, just because something is legal, it doesn't mean that people should do it. And sports betting is something to avoid. Gambling doesn’t exist because people are generous and want to give you their money. The opposite is true.

When betting on sports, two entities want your money: the sportsbooks taking the bets and Massachusetts. The state will likely see about $60 million per year by taxing the profits of its sportsbooks. Supporters argue that this revenue is good, and say it creates jobs, a win for individual liberty. Plus, they can say it moves people away from sketchier options like bookies and offshore websites.

Gambling is a way to lose money. People might win some bets here and there and feel they're doing alright. However, most will lose money, as Gambling Sites Online points out. The odds are that those who bet on sports will end up poorer than when they started. In a year where Americans are struggling with inflation, passing bills that make people poorer is a bad idea.

Making sports betting legal and more accessible means that more people will bet on sports, as Pew Research confirms. I know people who already bet on sports by traveling out of state or using illegal apps, but reducing friction from the process will make citizens more likely to gamble. Gambling is an addictive habit. The best way to avoid addiction is not starting: the same is true of alcohol, tobacco, prescription pills and heroin. Gambling hurts mental health. It “exacerbates depression, stress-related conditions like hypertension, insomnia, anxiety disorders, and substance use issues,” according to Algamus Gambling Treatment.

Limiting advertising is another way to prevent addiction. However, the legalization of sports betting means we’ll see advertisements, and minors will also see them. And when children see ads for vice products, they become more likely to have a problem with said vice later in life. The people I know who already gamble on sports bet at different frequencies. Some might go to Rhode Island to place a bet on a few events per year. Others use illegal sports betting apps and lose hundreds of dollars per week. One gambler I know struggling with money is selling his house as he spends irresponsibly on alcohol, gambling, strip clubs, and massage parlors (the latter two are fronts for the same thing).

The legalization of gambling is a reminder that the conservative movement in Massachusetts needs to embrace issues outside of politics. While society can, does, and should legislate morality, the Massachusetts state legislature will not always vote the way social conservatives want—or ever. What we can do is not bet on sports. We can also discourage other people from betting on sports.

I covered a handful of NHL games at 18 and 19 and a couple of MLB games at 20 years old. I lack the necessary knowledge to beat this rigged game—and so do you and your friends. Hopefully, the people who wanted sports betting in the Commonwealth quickly find out why it was a bad idea. I wish it wouldn't cost them hundreds or thousands to figure it out.