Are his health concerns too much? 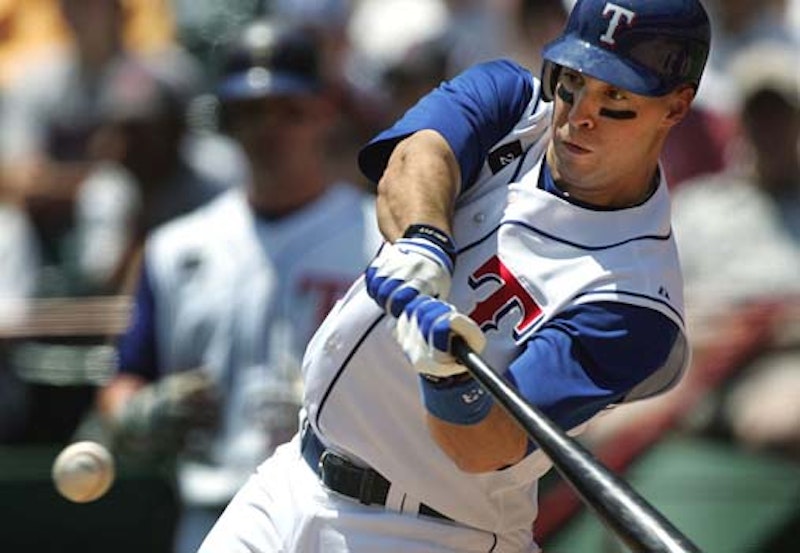 With a 9-3 record provided by superb pitching and a barrage of home runs, the Rangers are facing their first hurdle of the season. Reigning AL MVP Josh Hamilton is going to be out for roughly eight weeks, and fans are starting to panic. In reality, the loss of Hamilton will have little impact on the club because of David Murphy and the torrid pace that they’ve been on.

Murphy is far and away the best fourth outfielder in all of baseball. When Hamilton was out last year with broken ribs, Murphy effortlessly replaced the former junkie with a hot August and September. For the long-term, Hamilton’s absence will show GM Jon Daniels how well the team can get along without the disinterested slugger. With only one more full season left before free agency, Daniels better decide whether to extend him, keep him, or trade him. My choice would be the latter.

While a prodigious slugger, possibly the best in MLB when riding a hot streak, Hamilton has huge health concerns and a past drug habit. Let me get this straight: falling off the wagon is far less likely than a broken arm, but it’s still a worry. Prolific home run rates and high batting averages are great, but when he commands $20 million or more per season on the open market, his flaws will appear more pronounced.

Texas would receive a bountiful haul for Hamilton, especially if he bounces back from the broken shoulder well. Top prospects or a major league ace would be the prize, and the Rangers would almost definitely come out winning. Engel Beltre and the newly signed Leonys Martin are prime suitors to replace at least one of Texas’ current outfielders, and why not Hamilton?

Texas is loader with offense: Ian Kinsler is looking at a possible 40/40 season, Nelson Cruz is producing at an MVP pace, and the veteran Michael Young is near the top of the leaders in hits in the AL. What they do need, though, is pitching, and the front office knows it. So far they’ve gotten lucky, but Matt Harrison isn’t going to have a 1.29 ERA for the entire year. When teams start giving up, and players start becoming available, Daniels will be the first to call on an available ace, or even a reliable number two or three.

Deal from an area of depth, and right now, that’s hitting. Before the All-Star break the Rangers should trade a couple of prospects for a pitcher and then replenish their farm system in the offseason by moving Josh Hamilton. Or get another pitcher for him. I don’t care. Just get him off the team.