The Phillies Will Eventually Stink 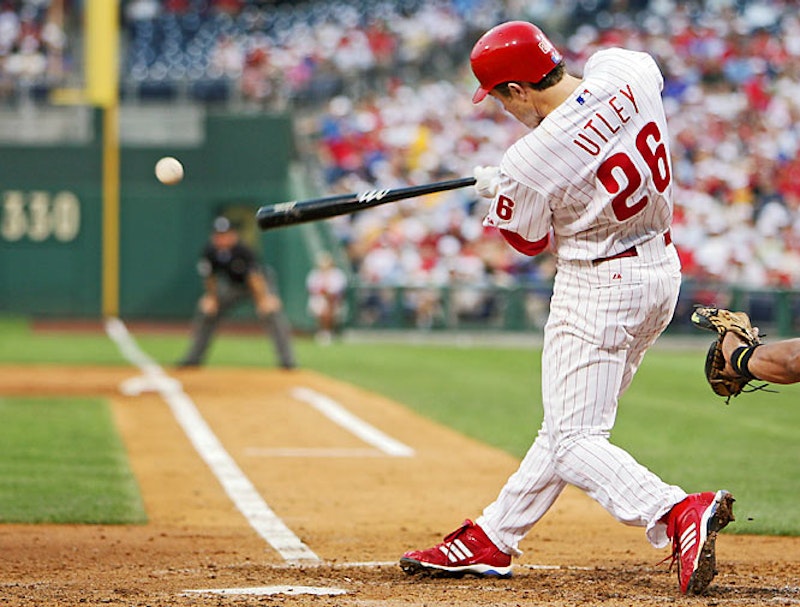 Chase Utley’s spring injury has sparked conversation about the Philadelphia Phillies not living up to early expectations. When GM Ruben Amaro, Jr. landed Cliff Lee it looked like it was all for competitors in the NL East. A superstar rotation coupled with a very powerful lineup and decent bullpen spells out a World Series victory. Now that Utley is hurt again the Phils’ projected number of wins is slipping. Even if they don’t win the division, October play is still likely (via the wild card; the NL Central and West are weak divisions), but what about next year and 2013?

Ryan Howard’s 2010 was disappointing by his standards, but he was injured during his historically most productive month, August, and every great career has a few lapses. But if his performance continues to dip, Amaro should be worried, because before too long he’ll be paid $25 million annually. Utley is already a cause for concern, and he’s also signed long term. Roy Oswalt, along with Jimmy Rollins, are both in contract years, and if they have productive seasons then large contracts are in the offing. What would the Phils be without J-Rol? Well, they’d be missing a shortstop, so he doesn’t only carry sentimental value, like the Yankees’ embarrassing Derek Jeter situation this winter. Oswalt, on the other hand, has a team option available for $16 million but if he succeeds in 2011 he’ll probably begin negotiations on a longer-term solution.

Eventually, the older guys will break down, even Roy Halladay. The All-Star rotation will crumble and the offense won’t be able to support an average ERA of or above 4.00. Luckily, at least for Phillies fans, this won’t last very long, two or three years at most, but for that short period of time they will be really, really bad. A youth movement will snap that all. Domonic Brown is the only farmhand that is ready for Major League play at this moment, but in time Jonathan Singleton and Jarrod Cosart will be on the MLB roster. By 2015, several other younger prospects will be ready, too.

Meanwhile, the Atlanta Braves are building a dynasty. Their pitching has improved so greatly that they don’t have room in the rotation for stud Mike Minor. Julio Teheran, Arodys Vizcaino, and Randall Delgado all have the upside to eventually headline any pitching staff, but will likely only shore up the rotation in the coming years. Tommy Hanson is quickly being surrounded by fellow aces and preparing to lead this team to many games in October. Jason Heyward and Freddie Freeman will more than help compensate on the offensive side of the game.

As recently as the start of spring training, the Phils were considered a lock to reach the Series. Maybe they will, but I wouldn’t bet what’s left of your 401(k) on it.