The Problem With Fantasy Baseball 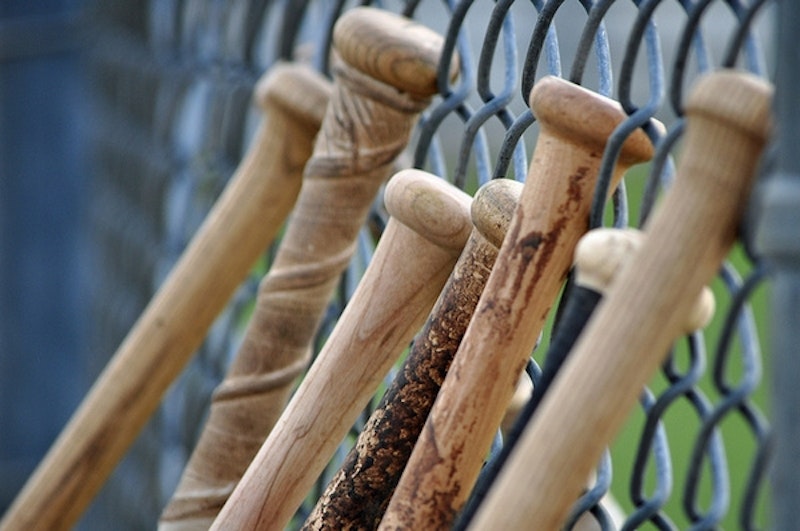 Even diehard fantasy sports fans have to admit there’s a problem here. Taking on its current form in 1980, fantasy baseball is the original fantasy sport—even if fantasy football is currently the most popular. But like the ballparks the game is played in, the oldest does not necessarily mean the best and certainly without any renovations, they become dilapidated.

Whether rotisserie or points-based, the average fantasy baseball league is based around 10 stat categories: batting average, home runs, RBI, runs scored, and stolen bases for position players and wins, strikeouts, ERA, WHIP, and saves for pitchers. What stands out in a rotisserie style league is that all the stats hold the same weight. To win the matchup, a player would just need to lead in more categories than their opponent. It might mean something if all those stats were equally as valuable. But they’re not.

Points-based leagues do a better job deciphering the value of different categories. With that in mind, however, they expose another important flaw: for many sabermetric-minded baseball fans, most of these stats do not have much value. Pitching wins are the woolly mammoth. Sure, quality pitchers tend to accumulate wins, but it relies heavily upon run support and the defense behind a pitcher. Last year, 2016 AL Cy Young Award winner Rick Porcello posted a 3.15 ERA and won an MLB-best 22 games partly because he received—on average—6.83 runs from his offense per start. In contrast, 2010 AL Cy Young winner Felix Hernandez went 13-12 with a 2.27 ERA because his team mustered just 3.06 runs per start—less than half of what Porcello got last season and the worst run support in the majors. James Shields had just as many wins as Hernandez that year with a 5.18 ERA.

RBI, runs, and saves fit the same category as pitching wins where players rely on their teammates also excelling to bolster their own statistics. The Boston Red Sox, Colorado Rockies, and Chicago Cubs were one, two, and three in the league in both stats last year. But they were also one, two, and three in OPS (on-base percentage plus slugging percentage) which has developed into one of the more widely-used hitting metrics, yet it’s still one most fantasy baseball leagues lack.

And then there are saves, where your team has to be leading at the end of the game for you to have a chance to earn one. A great closer on a poor team is not going to do much for a fantasy team, even if they are talented. Next.

One could also argue WHIP doesn’t account for a pitcher’s ability to escape jams and stolen bases don’t necessarily lead to run production. Even those who believe they’re important can admit a home run beats a stolen base and ERA ousts WHIP. These 10 categories ignore position player’s defense which hardly makes it about picking up the best players possible so much as it does capable hitters—even if their defense is detrimental. Even though Kevin Kiermaier’s WAR made him a top-10 outfielder in the majors in 2015, he was ranked 67th among outfielders (250th overall) in fantasy prior to the following season.

After navigating the game's suspect stats, then comes the major issue: it's way too long. Major League Baseball's schedule is vigorous with games almost every single day for six months. The lone breather is the All-Star break. That’s how you know most people aren’t in it for the money.

To be competitive, team "managers" have to set their lineup every single day and scout not only other teams, but also the free agent market for available upgrades. Those who are serious about winning even take splits into consideration every single game for optimal result, which takes time out of the day—time not everyone has. But even missing a few days in a competitive league could spell the end of one's season. This is hardly fantasy football where 90 percent of the teams are played on the same day. And since teams only play one game per week, someone can fall out of bed hungover and set their lineup for the week with a few clicks. There’s no need to worry about how a running back hits against left-handed pitching at Yankee Stadium.

So what about daily fantasy baseball? Maybe if you want to be eaten alive by sharks. Even when factoring in key splits (righty/lefty, ballpark, weather, home/away, hot streaks, time of day, lineup, opponent quality, health, umpires, etc.) in hopes of finding value picks, one day is a small sampling and makes for unpredictable results. Instead of worrying about obsolete stats and individuals on teams you see play, relax, watch your favorite team, and enjoy baseball. The amount of people who play fantasy baseball is trending downward anyways, which makes sense because it’s a flawed game and it’s not changing anytime soon.