The Lakers Enter the LeBron Era

This is a grand experiment and success depends on several factors. 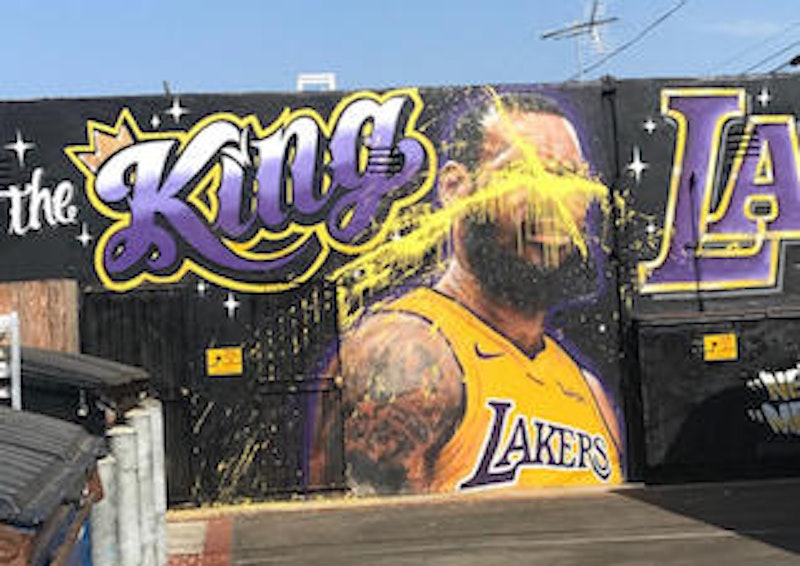 LeBron James and the Los Angeles Lakers have joined forces. Where have we seen this story before? In 1968, Wilt Chamberlain forced a trade to the Lakers. He’d just won a championship with Philadelphia and was the most dominant player in the league. He joined Jerry West and Elgin Baylor and everyone assumed the Lakers would win multiple championships. It didn’t happen. They were upset by the Celtics (once) and the Knicks (twice) and managed just one championship in the Chamberlain era (1972).

Now that LeBron has gone west, Los Angeles fans expect another title. Temper expectations. The Lakers have been out of the playoffs for five years and their roster is filled with new personalities. When asked if the Lakers were back, team president Magic Johnson said, “We’re back. But we’re not back back.”

Like Magic before him, LeBron is an unselfish superstar. His presence makes everyone better and his teams have been in the finals for eight straight years. The Lakers have potential. But the Western Conference is loaded. This is a grand experiment and success depends on several factors.

The Kids: The Lakers have eight players who are 23 or younger. Starters like Brandon Ingram and Lonzo Ball could still be in college. Kyle Kuzma and Josh Hart are entering their second year. The NBA’s a grown man’s league and it takes time for athletes to develop their bodies and minds. Ingram is poised to be a star but his body isn’t yet strong enough. Ball may become a modern-day Jason Kidd or he could devolve into a Minnesota-era Ricky Rubio. Hart dominated the 2018 summer league but this is a far cry from regular season success. LeBron is magnificent but the Lakers will only go as far as the kids take them.

Age & Injuries: LeBron is 33. In basketball terms this is ancient. Kobe Bryant said, “It’s not the age, it’s the mileage.” LeBron is already among the Top 20 in all-time minutes played. He’s been lucky to avoid a major injury, but after 15 seasons he’s clearly due. Kobe tore his Achilles tendon in his 16th season and was never the same. LeBron is committed to advanced nutrition, yoga and cross training. But last year he showed signs of slowing down. He slacked on defense and didn’t always run the fast break. Can he stay healthy?

Hollywood: In his first Lakers press conference, LeBron said he came to Los Angeles “for basketball reasons only.” No one believes this. LeBron is preparing for his post-basketball career as a media mogul. A visit to his IMDB page lists 10 different shows his production company Spring Hill Entertainment is currently producing. He’s also agreed to produce and star in a sequel to Space Jam, the live action animated film that originally featured Michael Jordan. In the land of celebrities, LeBron is the biggest star of all.

Everyone wants a meeting and filmmakers pitch him projects. Can he stay focused on basketball? Or will he neglect that extra morning workout to have lunch with Denzel?

The Kobe Factor: The week after LeBron signed with the Lakers, street artists painted murals of him all over town. Within days, vandals defaced the murals. The reason is clear. Los Angeles is a Kobe town. Kobe implored fans to “welcome LeBron to the Lakers family.” But not everyone is ready to do so. It’s impossible to enter Staples Center without seeing Kobe memorabilia everywhere. LeBron was the man in Miami and Cleveland but until he brings the Lakers a title, he’ll live in Kobe’s shadow in Los Angeles. This could become oppressive.

The Knucklehead Factor: In last year’s NBA Finals, LeBron’s teammate J.R. Smith lost track of the clock and cost his team a victory. This led to Cleveland’s demise and cemented LeBron’s departure. LeBron implored Magic Johnson to acquire “high-IQ” players on the Lakers. Curiously, Magic obtained several players with troubled pasts. Rajon Rondo, one of the smartest players in the NBA, was so despised by his Boston Celtics teammates he helped trigger the team’s breakup. Lance Stephenson once tried to distract LeBron by blowing in his ear. LeBron called him “a dirty player.” JaVale McGee continually appeared on “Shaqtin A Fool,” TNT’s segment recapping NBA bonehead plays. Michael Beasley is known for smoking weed and is viewed as a locker room pariah. Lonzo Ball’s father Lavar is a continual off-the-court distraction. Now that LeBron has replaced Lonzo as the Lakers main attraction, can Lavar Ball remain silent?

Who Plays Center: The Western Conference is filled with imposing centers like Anthony Davis, Karl-Anthony Towns, DeMarcus Cousins and DeAndre Jordan. The Lakers only have two centers, JaVale McGee & Ivaca Zubac. Both are career backups. LeBron will likely play minutes at center, but this could wear him down and get him in early foul trouble. Without a bona fide center, the team will have trouble getting rebounds. As old Lakers coach Pat Riley said, “No Rebounds, No Rings.”

Three-Point Shooting: The NBA is a three-point shooting league. LeBron’s past teams have surrounded him with shooters. This gives LeBron space and allows him to drive to the hoop. The Lakers shooters are streaky at best. If the team can’t shoot, opponents will pack the paint and double-team LeBron. The Lakers may have to rely on their only three-point specialist, a rookie from Lithuania named Svi Mykhailiuk (possibly the steal of the draft).

Toughness: Every great NBA team needs an enforcer. The Warriors have Draymond Green. Michael Jordan’s Bulls had Charles Oakley and Dennis Rodman, while Kobe’s Lakers had Shaquille O’Neal and Ron Artest. The current Lakers appear soft. Rajon Rondo can be nasty but he’s only six-foot tall. Lance Stephenson is combative but he can’t control his emotions and commits dumb fouls. Who will do the dirty work to protect LeBron?

The Warriors: The Golden State Warriors have LeBron’s number. They defeated his teams in three of the last four NBA Finals and they’re looking forward to flexing their muscle against LeBron’s Lakers. In the off-season the Warriors improved by acquiring powerhouse center DeMarcus Cousins. LeBron will no longer have a cakewalk to the finals like he did in the eastern conference. Teams like Houston, Utah and Oklahoma are formidable. But none compare to the dynastic Warriors.

The Celtics: If a miracle happens and the Lakers make it through the loaded western conference playoffs, a powder keg looms in the distance. The dreaded Boston Celtics. Team president Danny Ainge has done a masterful job assembling a roster of youth, stars and journeymen. Jayson Tatum was the best player in last year’s rookie class. Kyrie Irving is an all-star who’d love nothing more to defeat his ex-teammate LeBron in the finals. Jaylen Brown is an emerging superstar and Marcus Smart is the enforcer that every team needs. The future seems destined for another Lakers-Celtics rivalry.

Prediction: The Lakers will win 50 games, earning the sixth seed in the west. They’ll defeat Utah in the first round, upset Houston in round two and then get hammered by the Warriors in the conference finals. Next year the Lakers will sign an elite free agent like Clay Thompson or Kevin Durant. They’ll win the west and meet the Celtics in the 2020 finals.