“Chink in the armor” is not an anti-Chinese slur. 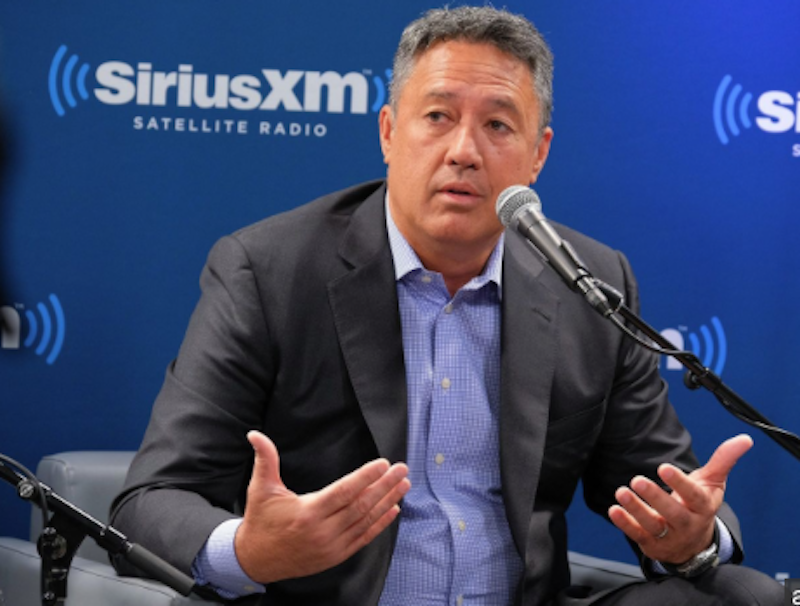 At 10:15 pm on Saturday evening, the New York Daily News ran a headline reading “Ron Darling uses slur in reference to Masahiro Tanaka on TBS broadcast of Yankees/Red Sox Game 2.” Shortly thereafter, Yahoo ran a piece on the same “story” by Jack Baer with a headline announcing that the baseball announcer had used a “very unfortunate phrase” when he said, while discussing the performance of Yankee pitcher Masahiro Tanaka, “A little chink in the armor for Tanaka here.”

A "chink in the armor" is common English usage since the 17th century, meaning an area of vulnerability, which in this case was a reference to Tanaka’s control problems on the mound that evening. A “chink” is a narrow opening or crack—a flaw. The alternative definition of “chink” that the Daily News falsely accused Darling of using is a racial slur aimed at Chinese people.

Theoretically, let’s accept the premise that Darling, a Yale graduate of Chinese descent, intended to racially demean a fellow Asian on national TV. Then we must believe that Darling decided to do this by using a slur directed towards Chinese people, even though Tanaka’s Japanese and the aspersion used against his people is “Jap.” To buy this scenario, we’d also have to believe that Darling thought that he could do this and there’d be no repercussions, or he believed the risk was worth it. Does anyone believe this is possible? Do hispanics try to put down black people by calling them spics?

Darling was obviously just using a phrase that he likes. The Daily News claim that he used a “slur” is false and defamatory. The article’s byline is “by Daily News sports staff,” which is a fortunate for the individuals who contributed to this cheap piece of character assassination. Having your name attached to such garbage would mark you as a semi-literate hack, even by the meager standards of New York tabloids.

Jack Baer wrote for Yahoo that Darling had chosen an “unfortunate route” in analyzing Tanaka’s playoff performance, which is ironic given the writer’s own unfortunate route of trying to make something out of nothing. Finding a chink in the armor’s what sports analysts do. It’s also what competitors do to their opponents. It’s about finding a weakness to exploit, which is part of competitive sports. Baer wrote, “It is very much worth noting the Darling himself is partially of Chinese descent, having been born to a Hawaiian-Chinese mother,” but he left it at that. Why not write how ludicrous it is to actually think Darling was using a China-related racial slur against a Japanese national unless you want to keep the controversy going by leaving the door open for various interpretations? Darling denied he had such intent, and deserves the benefit of the doubt, especially in these circumstances.

The Daily News waited until the final sentence of the article to say, “Darling, similarly, likely wasn’t thinking when he used the slur on the playoff broadcast, but the phrase is one that really needs to be retired from people’s vocabulary.” They know Darling did nothing remotely wrong, but wanted to get maximum mileage out of the faux controversy. And though they’re trying to let the former New York Mets pitcher off the hook at the end, they still claim he used a slur, which he didn’t.

Nothing at all happened, but then it got reported as a news story anyway because a few cretins on Twitter—the types constantly on the prowl for perceived social injustice—made a fuss in order to gain prestige among their in-group. They get rewarded for jumping quickly on something like Darling’s innocent comment with the immediate presumption that he’s guilty. Speed, not accuracy, is valued, because there’s no real punishment if they happen to be wrong. When this happens and they’ve maligned an innocent, they shrug it off and go in hunt of the next scalp—no apologies offered.

The media must recognize that the reactions of a handful of online status-seekers to various events isn’t newsworthy. This confers power upon them, and it misleads the public. Twitter’s not real life. It’s a site where there are no consequences, which means a small posse of idiots can ruin a person’s life, and then walk away without giving a hoot when it turns out they were wrong. This is exactly what happened to ESPN tennis announcer Doug Adler when, while calling the Australian Open last year, he referred to Venus Williams’ “guerilla” court tactics and a vicious mob ignorant about tennis thought he’d said “gorilla.” Nobody in the real world had any complaints, but ESPN listened to the fanatics and fired Adler out of cowardly fear its reputation would be damaged. Try getting another job after you’ve been publicly fired like that and Google searches falsely paint you as a racist.

ESPN plumbed the depths of craven corporate behavior by forcing the innocent Adler to apologize, and then surprising him with a pink slip. Perhaps the sports network will come to regret this when Adler’s lawsuit against it goes to court next week. ESPN has to be concerned about losing millions, because it doesn’t have a leg to stand on in court. The TBS honchos who made Ron Darling apologize are cowards too. They’re giving power to the headhunting online mobs and adding to the divisiveness of the nation by trying to gin up a blip into a controversy.

If the TV networks are going to make the Ron Darlings and the Doug Adlers of the broadcasting world apologize for offending 30 Twitter goofballs, then it’s their responsibility to present their announcers with a list of words and phrases that are prohibited on-air. These people are under pressure to respond to events intelligently, right in the moment. They don’t have time to edit their words in order to make sure that the Daily News can’t spin it dishonestly for clickbait. Forcing them to grovel with an apology, even though they’ve broken no corporate rules, is an act of disloyalty towards loyal employees.