The Future of the WNBA is Up in the Air

The impending retirement of Sue Bird leaves the league at a crossroads. 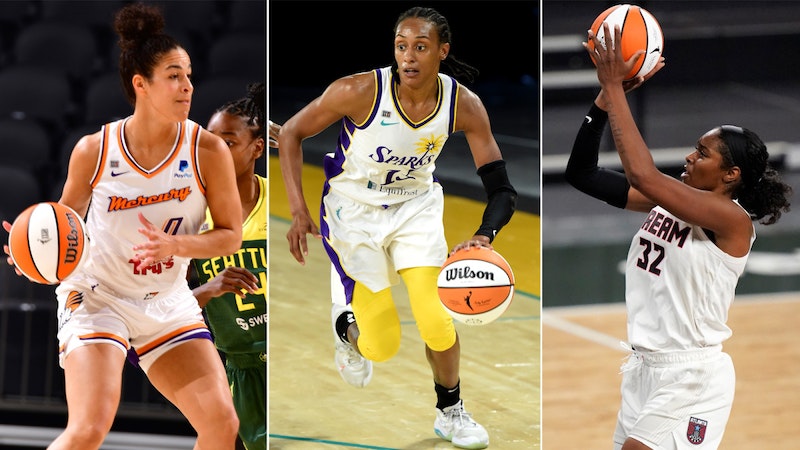 “One more year” chants rang out in Seattle, after their WNBA team was eliminated from playoff contention. The chants were directed at Sue Bird, the Seattle Storm’s long time point guard with the hopes she’ll return for one more try at her fifth championship. Bird’s retirement will have effects far beyond Seattle, as she’s served as the face of the WNBA for years.

In the league’s 25th season, they’re lucky to have two other superstars who may meet in the WNBA finals, depending on the results of the semifinals. Even if these two stars, Candace Parker and Diana Turasi, do face off, the chants draw attention to the state of the league overall.

Should Bird return for one more season, the WNBA will have a great narrative. Regardless, the league can clearly no longer rely on Bird to be their top star, and will need someone else to fill the role, changing the overall landscape of the league. Turasi and Parker are 39 and 35, respectively, and will not be able to fill that role. Young stars such as Breanna Stewart, also of Seattle, or A’ja Wilson of Las Vegas are candidates.

While the era of Sue Bird saw some spikes in viewership for WNBA, such as her 2018 playoffs run, overall the numbers are stagnant, and the league as a whole still loses roughly $10 million a year with about half of the teams reporting profits. The league wouldn’t be able to survive without its more profitable counterpart, as is the case with the NBA’s G League and the MLB’s MiLB.

In light of this, the NBA’s Draymond Green once suggested WNBA players push for businesses to support the WNBA instead of targeting the WNBA. Green’s comments understandably came across as tone deaf, but it does shed light on the fact that the WNBA as it stands can’t necessarily afford to pay their players more. A change is necessary, and with Bird’s impending retirement, the time is now if the league wants to make a push.

One possible solution is changing teams’ locations. While WNBA teams are often partnered with NBA teams, this doesn’t mean they need to compete for attendance, viewership, and merchandise sales. If Washington DC already hosts the NBA’s Washington Wizards and their G League Counterpart the Capital City Go-Go, do they really need to host the Washington Mystics? Or could the team be moved to a nearby city with no professional team such as Baltimore? Perhaps the New York Liberty can move out of New York’s bloated basketball landscape and head to New Jersey, who lost the Nets to Brooklyn in 2012. The Seattle Storm remain by far the most popular team in the WNBA. They’ve been in a city with no other professional basketball team since 2008.

The WNBA attempted that change with the introduction of the Commissioner's Cup in 2020, a half-baked, mid-season tournament that doesn’t bring much to the table, but has the right sentiment. Some kind of schedule change or other tournament that’s unique to the WNBA could also attract new viewers for the league.

I hope a superstar matchup can pique interest in the WNBA finals this season and younger stars can retain interest in coming years. Maybe the media will prop up the league’s next superstar, as they do with other franchises.