The pace of the MLB season feels closer to life itself than a sport. This is alternately compelling, satisfying, excruciating, and disheartening. 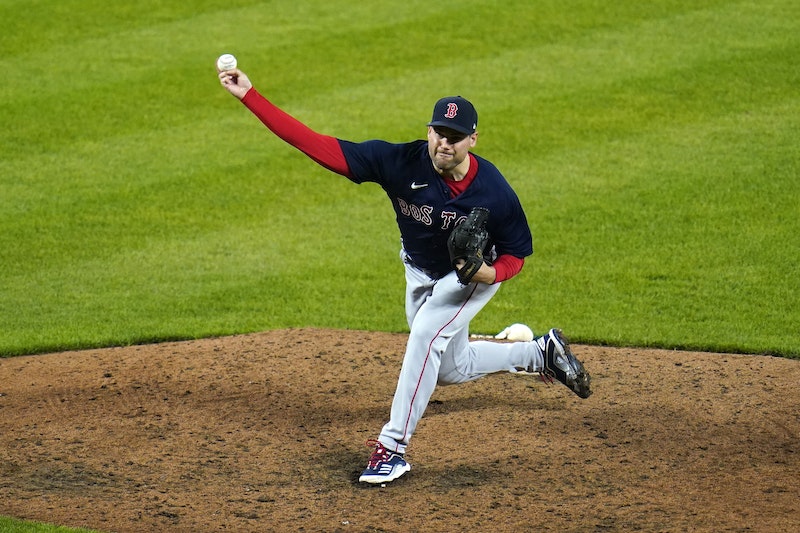 One-hundred and sixty-two games is the length of the major league baseball season. The first of April through the third of October. If the 2021 World Series goes to a sixth game, that game will be played in November. MLB’s executives hope that potential game is played on the west coast. If it happens to be played in Chicago, Boston or New York and the temperature sinks below 40, that storyline will not go unnoticed. Why? Because people want the baseball season to end in October. They’ve had enough.

There are 162 opportunities to lose. Four of MLB’s 30 teams will be wild-cards. As of August 25th, the average length of an MLB game in 2021 was 3 hours and 9 minutes. These four teams will have played baseball for approximately 510 hours over the course of the season, and then will play one game, lasting three to four hours, to determine who gets to advance to the Division Series. While the one-game wild-card is thrilling, it’s cruelty to the team (and its fans) that lose that one game. Something like an Olympic sprinter who trains for four years and then runs one medal-deciding race. It’s only one game, rather than a best-of-three series because MLB is afraid of November and because baseball never had a wild card for the first century of its existence. Only in 1994 did MLB expand to include a wild-card team. Then they waited until 2012 to add a second.

This year’s wild-card race is especially fraught, with the American League East rivals taking turns beating each other up for that one-game playoff. After the Tampa Bay Rays mounted a wide lead in the division, the race has found the Red Sox, Yankees, Jays, and a pair in the AL West—the A’s and recently hot Mariners—jockeying for two spots.

Why do we follow sports? Is it the opportunity to acknowledge losing in a concrete way? Unlike losses in life, which are abstract and unending, the loss of one game is tangible. In the wild-card game, the loss lingers. The death of a season, heightened by the hopes and expectations of making it to October, then dashed in a moment.

Baseball was an obsession in my home and my region. Greater Boston. Baseball is an easy complement in the evening. After work. After obligations. After dinner, there’s baseball, for seven months of the year, more if you bother with Spring Training.

Some prefer basketball, football, or soccer. These games have different rhythms. Each game is an event, full of action and movement. Baseball’s a game of patience and waiting. A game of foul balls and pitching changes. They say, “It’s a marathon, not a sprint,” but the reality is more like a very long walk. It’s walking the Appalachian Trail from Georgia to Maine. Looking at that map, you might call anyone who hikes this trail crazy, but especially those who insist on continuing past Harrisburg, Pennsylvania.

This slower rhythm is why listening to baseball on the radio works for me. If you enjoy the descriptions of the game and the anecdotes sprinkled here and there, and you want something to accompany your slow dog walk, baseball on the radio works well. This past weekend, my beloved Red Sox hosted their rivals, the Yankees. Our family is a Sox-and-Yankees household. My wife is from New York City and we’ve been watching Red Sox-Yankees together since 2003.

On Saturday, we drove to Petaluma, an hour north of the Bay Area. A pumpkin patch with games and inflatable climbers. A horse-lover, our daughter was especially enamored with her first pony-riding experience. We scoured the field for pumpkins, a field of lost basketballs. We drove home with the game on the radio. Giancarlo Stanton’s eighth inning grand slam put an end to that one as I drifted off for my own late-afternoon half-nap.

Sunday night, with the teams tied in the standings and one week left, we watched with the game on mute and the radio on, due to ESPN’s inane announcing. With the game tied at two, I felt cautiously optimistic, though wary of the bullpen, as I’ve been most of this season when Garrett Whitlock hasn’t been on the mound.

The Sox built that 3-2 lead on a mistake by Yankees outfielder Joey Gallo, who dropped a sky-high pop-up off the bat of Kyle Schwarber, whose at-bat was extended when Yankees third-baseman D.J. LeMahieu dropped another pop-up in foul territory.

In comes Adam Ottavino to clean up a mess top of the eighth. He’s an eccentric fellow. Months ago, I’d read an article in the Boston Globe about how Ottavino communes with the empty stadium hours before each game. He walks barefoot around the grass and up onto the mound. He visualizes each pitch and imagines success, channeling positive energy. After reading these details, I immediately took to Ottavino. These details accumulate. They humanize.

Yankees star Aaron Judge stepped to the plate. Ottavino’s held right-handed hitters to a .210 batting average this year. His wipeout slider was working. With a one-two count, Judge popped weakly to the right. Sox first baseman Bobby Dalbec, who was in position to make the catch, hesitated as he neared the wall where the photographers hide, in front of the stands. Judge managed to stay alive, fouling off four straight pitches, including one pitch that appeared to be strike three, but was dropped—perhaps on the transfer to the throwing hand—by catcher Christian Vazquez. Judge’s two-run double to center put the Yankees ahead 4-3. After the game Judge told the media, “I felt like a cat. I felt like I had nine lives out there.”

Giancarlo Stanton added two runs of insurance with another no-doubt shot. I couldn’t help but laugh at the way things fell apart. The playoff-like three-game series showed all of the weaknesses that Sox fans have worried about all year.

No dominant ace—Chris Sale has returned to the rotation, but then missed time after testing positive for COVID, and may have been strategically slotted to avoid this matchup as the front office hopes he faces the Yankees in that potential wild-card game next week. A questionable bullpen and less-than-stellar fielding. There are six more games on this very long walk. Another season will end for 20 teams and 20 cities of fans. And as we work our way through October, more teams will walk home, until only one is left.