The Beauty of the Walk Off Hit

As a fan of the Atlanta Braves, I’ve witnessed many, except for perhaps the most famous one in franchise history. 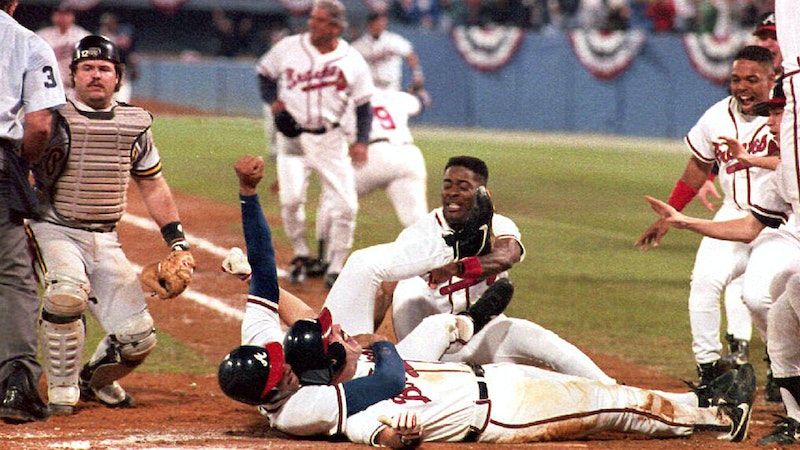 They’re among the greatest moments in sports: walk-off hits. As a fan of the Atlanta Braves, I’ve witnessed many, except for perhaps the most famous one in franchise history.

It was October 14, 1992, a Wednesday, I was 10 and excited to see Atlanta host Pittsburgh in Game 7 of the National League Championship Series. It didn’t begin as Braves fans hoped. The Pirates were leading the Braves 2-0 going to the bottom of the ninth. Pittsburgh Pitcher Doug Drabek was having a good game, but he gave up a leadoff double to Atlanta’s Terry Pendleton before an error by Jose Lind allowed Atlanta’s David Justice to reach. Drabek later walked Sid Bream to load the bases and Pirates manager Jim Leyland went to his bullpen. Moments later, reliever Stan Belinda got two quick outs, including a sacrifice fly by Atlanta’s Ron Gant to make it 2-1.

With Justice now at third and Bream at second, on came pinch hitter Francisco Cabrera. He was 0-1 in the series, and had only battled 10 times with three hits for Atlanta that season. As a result, Cabrera was, as one television said, “A most unlikely man in the spotlight for Atlanta.” Still, Cabrera got a hit into left field, scoring Justice and providing enough time for Bream to round third for home. A member of the Pirates got the ball, hurled it to the catcher, and Bream was ruled safe after a moment now referred to as “the slide” at the plate.

The point is not to re-live a memory I never experienced. It’s not to brag for the Braves. Instead, it’s to urge you not to fall asleep on baseball. You never know what you might miss, and that goes for fans who give up and leave early or turn off the game when things are looking bleak. Who knows, your team might have an all-star or “a most unlikely man in the spotlight” that delivers victory.