As a Reporter, I Support Paywalls

Local news suffers without them. 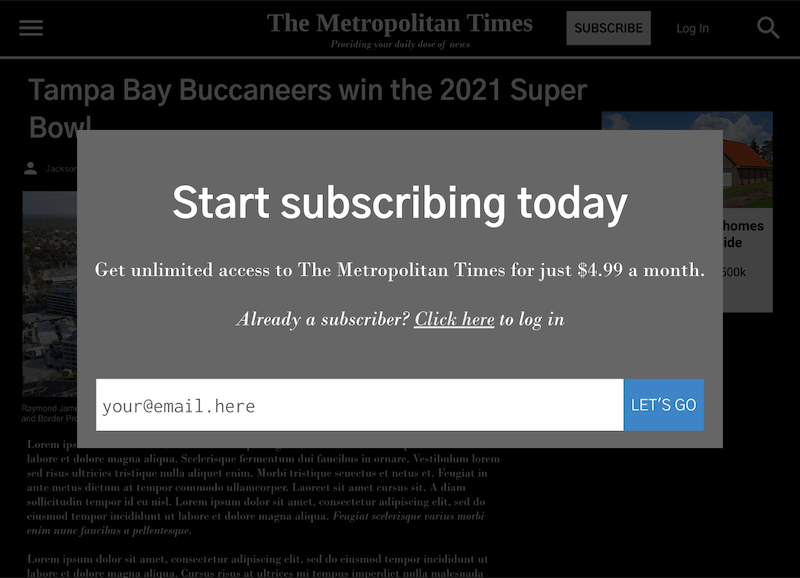 Finding news, reporting it, and getting people to read it are challenges. However, making a business model that works in news is even harder. Print newspaper readership is veering toward non-existent. The Internet continues to grow. Craigslist is the place to post what were once classified ads, as well as Facebook and Google. Some news outlets make money with ads, others have wealthy backers, and others are paywalled.

I support paywalls. They’re a vital tool to support local journalism. Without them, many news organizations couldn’t exist. Paying for news isn’t novel. Newspapers mostly charge because they have to; even if non-profit papers need to make money to cover expenses and payroll. In the past two years as the politics reporter for NewBostonPost, I’ve fielded hundreds of complaints from people who aren’t happy about the site’s paywall. It's not the first web-only paywalled site I've written for. I occasionally covered high school sports for a hyper-local startup called The Spark in the Brockton, Massachusetts area, writing for someone who has become a great friend of mine;  the complaints weren’t new, but still annoying.

If someone’s doing a job, generally they should receive compensation. And if funding the operation of a news organization provides new information to the public that would otherwise go uncovered, there’s value to it. In the absence of reporters, local government feels like it can do whatever it wants. In news deserts, government officials spend more money and corruption is common. When government officials think people are watching, they’re going to behave differently.

It can help to have alternative media funded, at least in part, by paywalls. The mainstream media might care more about access to certain politicians and having a good relationship with them than it does pressing them on every matter. One instance that comes to mind is NewBostonPost’s reporting on the ROE Act. I can’t take credit for this because the site had been reporting on the ROE Act since before I was hired, so it’s not something I figured out. However, it was an abortion expansion bill that passed last year despite the Governor’s veto. One provision removed language from existing Massachusetts law that guaranteed life-saving medical care to babies born alive who survive an attempted abortion. It’s rare, but there are people alive today because of provisions like that. For some reason, the mainstream media in my state largely ignored this provision of the bill when reporting on it—even though it was the most controversial. I asked a state representative who was one of the bill’s co-sponsors about the born-alive protection being removed and she told me they’d allow the newborn baby to die in “comfort care” (she didn’t use the word die). They don't execute newborn babies as Donald Trump said, but I’ll let the readers decide how they feel about it. Maybe someone will think that information is worth paying for.