The York family knows it can coast on nostalgia. 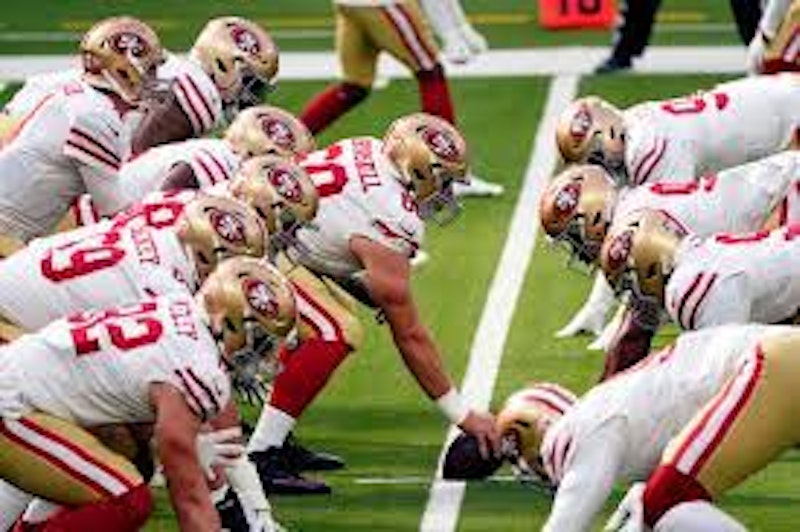 With the San Francisco 49ers field goal kicker Robbie Gould out after straining his groin while warming up for the game against the Seattle Seahawks in week four of this NFL season, head coach Kyle Shanahan decided to have his punter, Mitch Wishnowsky, attempt a 41-yard field goal. He missed. That was a curious call, and the Niners went on to lose the game, which included the punter missing an extra point attempt.

Against the undefeated Arizona Cardinals in week five, Shanahan decided, instead of punting, to go for it five times on fourth down, which isn’t his style. Such aggression on offense hinted at desperation. Considering the fact that San Francisco's solid defense handled Arizona's explosive offense better than any team has this season, it's hard to pinpoint a rationale for such play-calling. Shanahan, the son of successful NFL coach Mike Shanahan, is often called an "offensive genius," but Mike needs to intervene. Kyle Shanahan’s formidable defense is, as it has been throughout his tenure with the 49ers, carrying the offense that he's supposed to be working on with his vaunted play-calling wizardry. Shanahan's starting to resemble a child prodigy musician who stalls out prematurely but coasts on his reputation.

The running game's supposed to be where Shanahan exhibits his brilliance, but that's not happening this season, so his team once again has a losing record and now finds itself in third place in the NFC West division. Ahead of the 49ers are the Arizona Cardinals and the Los Angeles Rams, two teams that've improved while Shanahan thinks the same team that took him to the Super Bowl two seasons ago is capable of doing that again. In the NFL, that complacent mentality pulls you down to the middle.

With three losses following two season-opening wins, there are now rumblings of a "crisis" within the organization. When 49ers beat writer, Matt Maiocco, asked team GM, John Lynch (who's on the hot seat), about this scuttlebutt, Lynch fidgeted and rubbed his ear as he denied the crisis, cranking up the volume on the rumors.

Mediocre, $25-million-per-year quarterback Jimmy Garoppolo started the first four games—until his inevitable injury occurred—even though the 49ers gave up three first-round picks to Miami to trade up in the draft to the number three overall pick to get Trey Lance, a dual-threat, dynamic QB with tremendous potential. When a team mortgages its future, and then sits its prize on the bench, it raises eyebrows. One would expect that Shanahan would at least insert the speedy, rocket-armed rookie into games at strategic times with plays designed for him, but he's barely used him. Lance got a chance to start against the Cardinals when Jimmy G. got hurt, and while the rookie showed glimpses of his upside, he was unable to break Arizona's undefeated streak.

Shanahan, who loves his proprietary system, says that it takes a year for players to learn his complex offense, but personnel turns over too fast in the NFL for that to work. Most coaches eventually realize that they need to change their system, but not Shanahan. That ego's going to present another obstacle if the Niners decide to get a new GM. That the head coach runs the show would scare off the top candidates. If, at the end of this season, team owner Jed York (a job his mother gave him without any qualifications) decides to replace John Lynch, and Shanahan—who has a losing record as a 49ers head coach—has another disappointing season, replacing both of them is the best option. Kyle Shanahan got the team to the Super Bowl in 2020, but that's his only accomplishment with the franchise.

You have to wonder about a team that had Jimmy Garoppolo as the starting QB, but still passed on Tom Brady when the seven-time Super Bowl winner wanted to leave New England for San Francisco. Jimmy's the guy who overthrew his open receiver against Kansas City when a good pass would've given the franchise Super Bowl victory number six. Brady wouldn't have overthrown WR Emmanuel Sanders. When Niners management turned down his services, Brady went to Tampa Bay, a team stacked with talent just like San Francisco was, and promptly won another Super Bowl.

The decision-making of this team doesn't add up, and that includes retaining Garoppolo, whose stock's plummeted ever since his team blew a fourth-quarter lead in the 2020 Super Bowl. The problem now is that there are too many players on the team who remember injury-prone Jimmy Jawline as the guy who piloted them to that big game and got them close to a ring, meaning there'd be discontent in the locker room if Trey Lance was named as starter.

What's puzzling is the number of 49ers fans who get touchy whenever anyone criticizes the organization that, after five Super Bowl wins between 1982 and 1995, hasn't been able to get another one.