Predictions for the 2010 season. 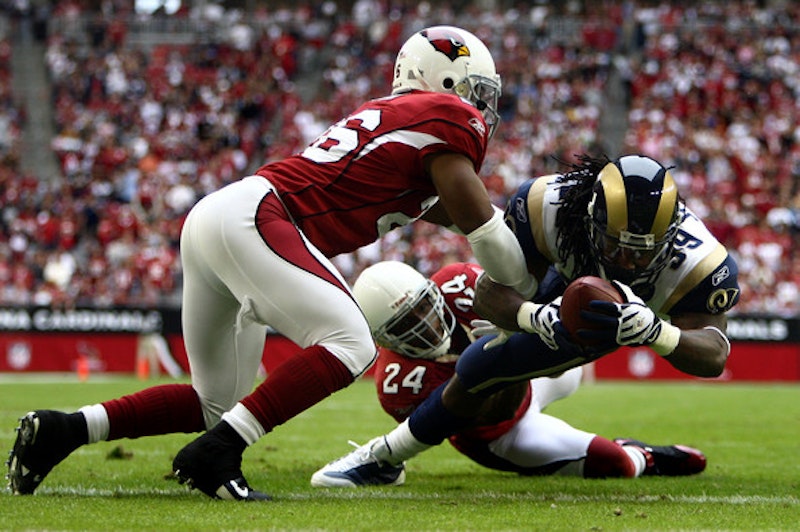 Just two years after appearing in Super Bowl 43 the Arizona Cardinals have returned to more familiar territory. With the 2010 season less than a week away the Cardinals look like a complete disaster. All World WR Larry Fitzgerald is still on the team, but he must be feeling pretty lonely in he locker room.   Fitzgerald's long time running mate Anquan Boldin was dealt to the Baltimore Ravens for draft picks and will be replaced in the lineup by youngsters Steve Breaston and Early Doucet. The Cardinals are also without Pro Bowl QB Kurt Warner and have yet to identify an adequate replacement.

Warner retired shortly after the end of the 2009 season. The assumption was that 2006 first rounder Matt Leinart would step in as the new starter. Leinart isn't new to the Cardinals' offensive system and the team has had adequate time to evaluate his skills and abilities. Yesterday the Cardinals released Leinart as part of the final cuts before the regular season, leaving former Cleveland Brown Derek Anderson as the team's starting QB. Those two roster moves are a damning indictment of the Arizona front office. A full evaluation on Leinart's future should have been made well in advance of Warner's retirement.

Going into an NFL season with Derek Anderson as your starting quarterback is like starting a knife fight with a spork: Anderson is not an NFL quarterback. He started seven games for the Browns last season and completed just 44 percent of his passes. The Cardinals had the opportunity to trade for Donovan McNabb, a proven NFL winner and Arizona resident, to replace Warner. Instead, he was dealt to the Washington Redskins for a second round draft pick. Veteran QB Marc Bulger was also available as free agent. After starting for the Rams for most of the past eight years, Bulger signed a one-year contract with the Ravens to back up Joe Flacco. Either would have given the Cardinals a real chance for playoff success.

The Cardinals play in the NFC West, one of the league's weakest divisions. Even with an adequate QB play they should battle the 49ers for the division title. When Anderson falters the Cardinals can’t expect any help from the bench. Max Hall, an undrafted rookie free agent from BYU, is the team's backup QB and his next NFL snap will be his first. The sad thing is that the team may be better off with Hall under center than Anderson. The book is out on Anderson; at least Hall is an unknown. The Cardinals’ offseason quarterback moves are shameful for a team with honest playoff hopes. Expect the desert to get a little hotter this fall for coach Ken Whisenhunt.