The Dumbest Story of the Day 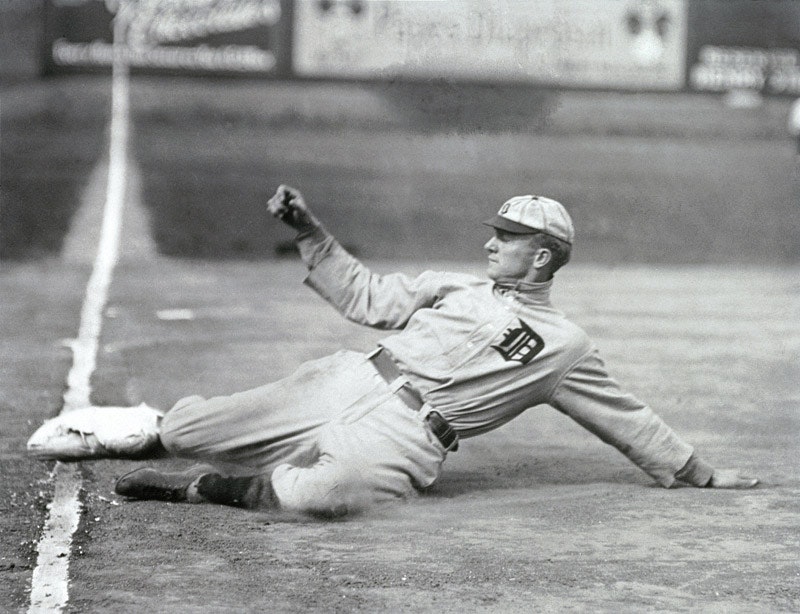 There’s a slim chance I’m wrong, but it appears that Sarah Palin’s speechwriter is moonlighting for Tucker Carlson’s Daily Caller, under the pen name of Caroline May, for I’ve just discovered what is certainly the most stupid article published on this Thursday, Sept. 2. Ludicrously headlined “The conservative love affair with baseball,” the author, whomever it is, makes the nonsensical claim that baseball is most beloved by conservatives—no, double-down, conservative intellectuals—based on a few quickie interviews with three worthies from the National Review, Washington Post columnist Charles Krauthammer, and a snippet from a column or book about baseball from… well, you know the answer: George Will.

I offer a Nyjer Morgan bobblehead booby prize to the first person who can make sense of the following sentence: “Inherently American and merit-based, baseball and conservatism appear to share as tight an embrace as Pee Wee Reese and Jackie Robinson after game seven of the 1955 World Series.” Josh Gibson, Satchel Paige and Buck Leonard would surely, if they were at our table today, nod in agreement that Major League Baseball has always been “merit-based,” and Hall of Famer/Coca-Cola investor/humanitarian Ty Cobb would add his assent. I don’t know conclusively if it was a conservative or liberal notion that led Branch Rickey to finally integrate the national pastime in the late 1940s—or maybe it was a combination of guts, integrity and a vision of future profits—but my sawbuck is not on the conservative side.

The writer continues: “Fred Schwarz, of the National Review, theorizes that a major reason the game appeals to the conservative psyche is that it does not change… [T]he distance from home plate to first base will always be ninety feet and a foul ball will always be a foul ball.”

I suppose the introduction of the American League’s designated hitter in 1973 wasn’t “change”; or the recent introduction of home run reviews (where now, a foul ball is not always a foul ball, after all); inter-league play that completely destroys the mystery between the two leagues; the acquisition of one-batter pitchers by most teams; and bullpens so loaded that when Roy Halladay racks up 10 complete games in a season it’s considered a feat almost as monumental as Ted Williams’ .406 batting average in 1941. Never mind that as recently as 1975, the Orioles’ Jim Palmer finished the season with 25 complete games; it was a remarkable year for the pitcher/former underwear pitch man, but as he won 23, that means he also completed games he lost.

Krauthammer told the Daily Caller sleuth that perhaps conservatives love baseball because “it is so damn slow.” Of course, he then blows apart the entire premise of the throwaway article by stating the obvious: liberals love baseball too! He cites Doris Kearns Goodwin and Roger Angell, both of whom were featured in that well-known jingoist Ken Burns’ 1994 PBS series Baseball.

Like most baseball fans, my friends who share a devotion to the game are a mixed bunch when it comes to politics. When I go Yankee Stadium with one of my brothers, we chat in between innings (at least this year) about the forthcoming drubbing the Democrats will suffer across the country this November. On the other hand, an equally knowledgeable companion at Orioles games at Camden Yards is a strict vegetarian who was an early Obama supporter, and so during lulls we talk garage rock from the 1960s.

In fact, baseball is today, when political debates can bruise friendships, a great equalizer: you can root for different teams, even passionately, but ultimately it’s just a splendid diversion.