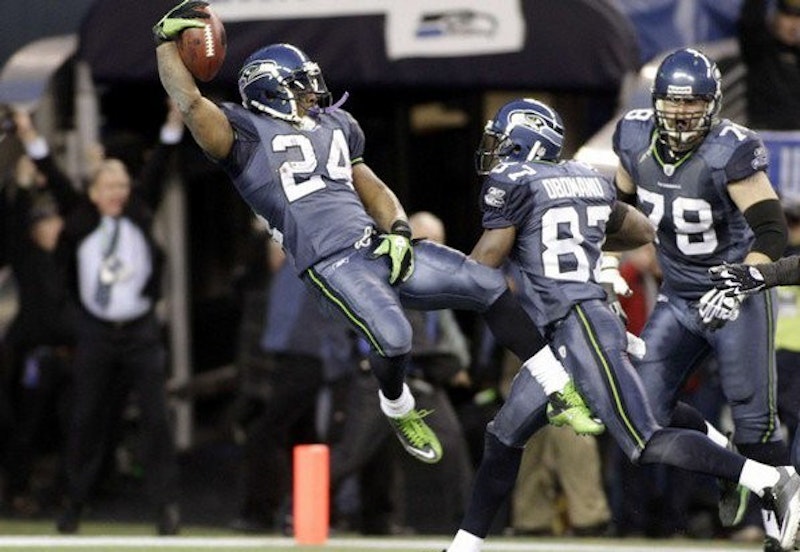 Ever since The Mason Jar closed in 2005 as a premier rock and metal club in Phoenix, I’ve wondered why people would still visit that city. There is the “dry heat” and the Alice Cooper golf scene and the desert and that Frank Lloyd Wright joint, I suppose. But the pro baseball team is super creepy, the NFL franchise is stolen from St. Louis and the local NBA squad is more famous for being Charles Barkley’s personal humidor and the favorite team of Alice’s son Tommy from the 1970s sitcom about the waitress called Alice set in a Phoenix suburb. The Arizona Fall League is an autumnal baseball experience worth having, but after a few games the abandoned diamonds with their cacti-strewn backgrounds take on a Rod Serling quality, making you crave cigarettes and burritos and white Ford Taurus rental cars. Phoenix is the only city I know with more strip malls than Orlando, including suburbs that look like strip malls and vice versa.

There is hope of spicing things up this weekend with some natural phenomena. Maybe one of those Frank Herbert style sand clouds will descend over the city again and darken the roof panels of the University of Phoenix stadium, which resembles a fallen, dismembered wristwatch. Super Bowl 49 is a game featuring two quarterbacks of prominence—one who is bossy and curses the refs and marries a supermodel with an umlaut in her name, the other who dances for yardage and cries on the field when he wins. As for the all-important anti-concussion helmets the footballers are required to wear, we have the Flying Elvis (or John Kerry profile) logo of the New England (Boston) Patriots against the pilfered Northwest Indian imagery of the Seattle Seahawks, representing a city that lost its NBA franchise to Oklahoma in kind of a reverse Dust Bowl scenario. Maybe the Sonics should’ve switched to Day-Glo green trim on their uniforms to get more attention from the Starbucks set?

Tired topics of the Super Bowl pregame include how much air goes inside a leather football, a running back who grabs his crotch upon crossing the goal line and a coach who wears self-altered hooded sweatshirts without irony.

Earlier this week the league held the joke that is “Media Day,” a redundancy if ever there was one. What day—given the “24-hour news cycle” and “advent of social media”—is not media day? At this point, writers and bloggers follow the rote Super Bowl pregame fare: the big money stories of who spends what on commercials, insane sponsors throwing over-the-top parties, how many nachos will be served, the priciest seat in the house, etc. In the harsh reality of the hinterlands, though, the Super Bowl is really about chasing away the winter blahs with some televised pageantry loaded with consumerist propaganda. It’s a corporate game/non-event providing convenient motivation to gather on a dark Sunday night and enjoy snacks and beverages, or hit the local bar to see if your random square in the blind-luck grid pool comes up a winner.

With an eye on MLB pre-Spring Training report dates, my Super Bowl 49 predictions are as follows:

• There will be commercials featuring talking animals.

• Kickers from both teams shall embarrass themselves in front of an enormous television audience. Steven Hauschka, the Seattle kicker who hails from Needham, Mass., and was once cut from the Middlebury College soccer team because his skills did not impress out there in Vermont, will blow a Pete Carroll trick play. Stephen Gostkowski, kicking for the Patriots, will botch an easy three-pointer in the second half and the Polish jokes will pour forth among the grit-eaters in his hometown of Madison, Miss.

• NBC announcer Al Michaels will bring proper class to the occasion by not abbreviating team names, saying “Patriots” instead of “Pats” and “Seahawks” instead of “’Hawks.” There will be no miracles to believe in, just your basic sports marketing workshop and GoDaddy.com infomercial tie-ins.

• Vice Sports will do an interactive podcast viral video listicle website poll crowdsourced among an anonymous transgender prison population pitting the Boston Strangler versus Seattle’s Green River Killer. The winning city is awarded the Gacy Clown Cup and the losing city has to “curate” a fanzine about serial killers until the following Super Bowl.

• Noel Gallagher will not be playing the halftime show. Yet wherever he is in Northern England, he will feign disinterest.

• Seattle running back Marshawn Lynch will celebrate his first touchdown with butt-oriented gestures instead of highlighting his frontal groin area with his Kung Fu Grip, therefore avoiding the 15-yard penalties and the fines from the league because, as we’ve been told ad nauseum, he’s only in Phoenix to avoid being fined.

• Tom Brady will drop the overinflated Lombardi trophy shortly after a hologram of the perpetually absent NFL commissioner Roger Goodell presents it to his buddies who own the Patriots. Brady’s drop will injure one of his many minions cowering beneath his shadow and aura. His wife, still exfoliating because of the desert climate, will keep asking her assistant why they are allowed to use their hands in this game.