Like a number of my friends, I’ll make a wager on almost any sporting event. 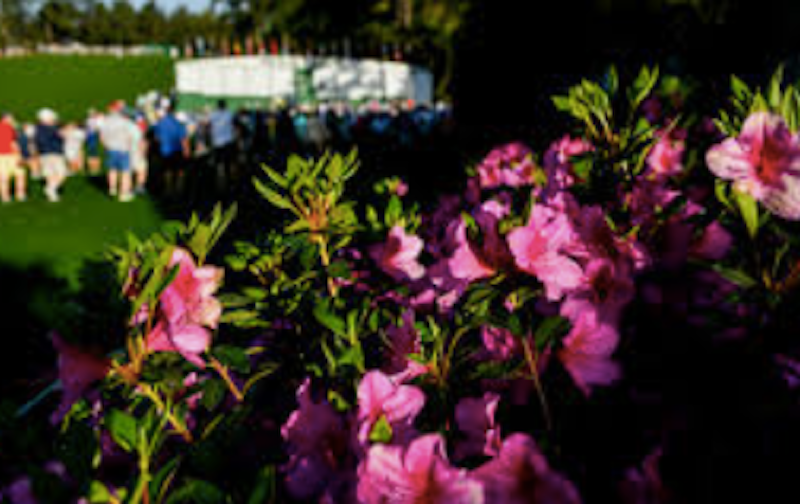 The Masters Golf Tournament begins on Thursday, November 12th. What you’re used to watching in April has been moved, like a number of other sporting events, due to COVID-19. It’s my opinion that referring to Tiger Woods’ victory last year as “The Return To Glory” is hyperbolic, but winning this tournament 22 years after your first green jacket is pretty special. Speaking of that jacket, the Masters was first played in 1934, but the inaugural green jacket was presented to Sam Snead at his victory in 1949.

Like a number of my friends, I’ll make a wager on almost any sporting event, but our usual pool to choose the best finishes in all of golf’s majors has been blown up, again, by COVID. I’m not willing to let the Masters go without some action.

Patrick Reed won the 2018 Masters, and I was fortunate to be on the grounds for the Friday round. I spent almost two hours at Amen Corner, the section of the course comprised of the 11th, 12th and 13thholes. At Augusta National Golf Club, those holes are known as White Dogwood, Golden Bell, and Azalea. I made an effort to memorize all 18 names, “Shall we go see how they’re doing on Firethorn?” I can make it through the front nine—that’s about it.

If you’re looking for a player who might have a chance to win, Azalea may be the key. The 13th at Augusta is a 510-yard par 5. In today’s game, 510 yards more often plays as a par 4. Big hitters like Bryson DeChambeau can reach the green in two, if they play it right. One thing you learn quickly while walking the course is that it isn’t flat, anywhere. The valley that players hit into at Amen Corner is fully 140 feet below the tee box on the first. And so, Azalea has a bank on the right side of the fairway where many tee shots land. The hole itself is a dogleg, left, but that tee shot can’t stray too far right, or you’ll be standing on a hill trying to hit into a green guarded by water.

Rae’s creek runs through Augusta. After their tee shot, the players use Nelson Bridge to cross Rae’s creek, but the water that runs left of the hole and in front of the green is actually a tributary for the creek itself. The creek is named for John Rae, an Irishman who came to Augusta in the 1730s and ran a gristmill. Rae’s creek ends at the Savannah river.

In 1994, Jeff Maggert left his tee shot on Azalea 222 yards short of the hole. At the time he was 19 strokes over par and had nothing to play for. His next shot made history, as it went in the cup. Two shots on a par five is an albatross, not a double eagle. In 1978, Tommy Nakajima played Azalea less well, carding a 13. That might sound like a scene from Tin Cup, but it’s actually Masters play. Sergio Garcia, playing as the defending champion in 2018 hit five balls into the creek on Azalea.

The hole is statistically the second easiest on the course, and, as the first par 5 on the back nine, can begin a run of birdies for those who can stand the heat. Any investigation of the hole brings the phrase “risk reward” to the fore, which sounds like a lot of golf holes, to me. But 13, from a psychology of sport standpoint truly is a roll-the-dice star. If you happen to land your tee shot in the middle of the fairway, you have a decision to make in regard to the water in front of the green. Lay up, and chip your third shot close, or go for the green and bang your put home? The problem is the green itself. Azalea attacks, yet again, with a shelf on the back half. Depending on the daily-changing pin placement, your shot in to the green needs to be near-perfect. If your shot doesn’t make it safely to the top, there’s a good chance you’ll roll all the way down in to the creek. If you miss long, you’ll either be in one of the 1600 azalea bushes surrounding the hole, or in one of the back bunkers. Either way, your day is pretty much ruined.

Who plays Azalea exceptionally well? A guy named Michelson has good numbers, over his career. Bubba Watson hit that ridiculous drive on Sunday in 2014 that many consider the defining shot of his back nine. Matt Kuchar played the hole for a six-under total in 2015.

Although azaleas generally bloom in the spring, there are varieties that will flower late into the fall, and Augusta will surely have the bushes ready for the second weekend in November.