Red Sox On the Brink

The team’s playoff chances are uncertain. 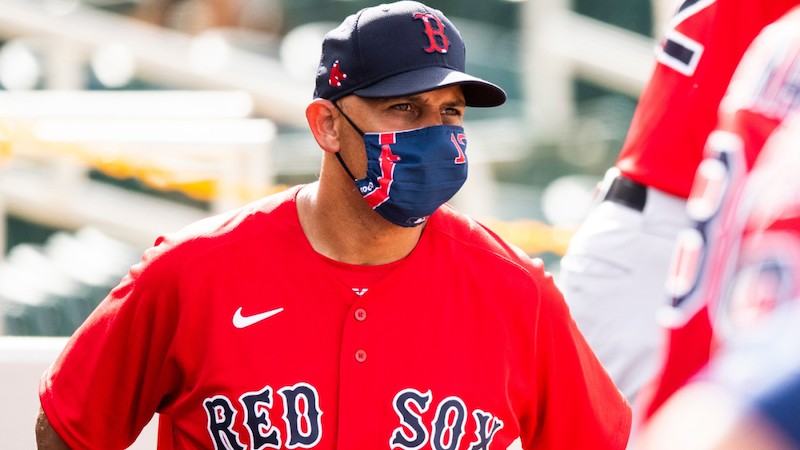 The Boston Red Sox are in a tough spot. They got off to an unexpected great start to the season, but now face trouble. The Sox had the best record in baseball in mid-July, but now it looks like they might not make the playoffs if the problems they are facing persist.

The team frustrated many of its fans with Chief Baseball Officer Chaim Bloom’s tepid performance at the trade deadline. They acquired all-star Kyle Schwarber, but he’s hurt. The timetable for his return is vague. They also got a pair of relievers who had a combined ERA of about 5.00. These moves excited almost no Sox fans. Seeing how the bullpen helped blow a 7-2 lead on Sunday, August 8, there are still problems there.

The starting rotation remains a mess, although they moved Martin Perez to the bullpen. It helps that perennial all-star Chris Sale will be back this month, and that youngster Tanner Houck can make some starts, but the rotation is rough—and that shouldn’t surprise people. Perez had an ERA above 5.00 in both 2018 and 2019. The reason he didn’t in 2020 is likely because it was a shortened season. His ERA climbed to 4.50 by the end of 2020. Putting him in the bullpen frees up a spot for someone else, but it doesn’t change that there are several holes in that rotation.

Eduardo Rodriguez isn’t the same pitcher he was since missing all of last season due to coronavirus and the impact the virus had on his heart. He has an ERA above 5.00.

Garrett Richards, who hadn’t made more than 16 starts in a season since 2015, is showing he can’t handle a full season in the big leagues. Up until June 11, his ERA was below 4.00. It’s now over 5.00—which means he has been much worse than someone who simply has an ERA in the fives. Throw in Nick Pivetta, who has a career ERA exceeding 5.00, and there’s another problem. Like Perez and Richards, he got off to a good start the season but has regressed as of late (except his most recent start). Since June, he has a 4.73 ERA in 12 starts. His ERA on the season is still below 5.00 and he’s been better than the others, but it’s hard to look at him and be confident in him starting a playoff game. That’s if the Red Sox play in October. And while Nathan Eovaldi has the best numbers on the team, that’s not enough to carry a team. And health is always a concern with him. He’s been in the big leagues since 2011 and has only once made at least 30 starts in a season. The year he did it, he led the league in hits allowed (2014).

While the bats have been better for the Red Sox than the rotation, there are several holes in the lineup. Bobby Dalbec might be the worst first baseman in major league baseball right now. He’s a strike out machine who makes a lot of errors in the field. Meanwhile, Jarren Duran, a top prospect, has struggled to hit major league pitching. He has a .196 batting average in 56 at-bats. The team’s better off with Franchy Cordero, who was somewhat rejuvenated after a stint with the Worcester Red Sox. Marwin Gonzales is versatile in the field, but can’t hit.

As of Monday morning, the Sox were four games behind the Tampa Bay Rays in the AL East with the New York Yankees at 6.5 games, followed by the Toronto Blue Jays at seven. The AL East has four teams that are good enough to make the playoffs this year. But since the Red Sox went 2-8 in their last 10 games and the other three AL East contenders went 8-2 in that same stretch momentum’s not on their side.