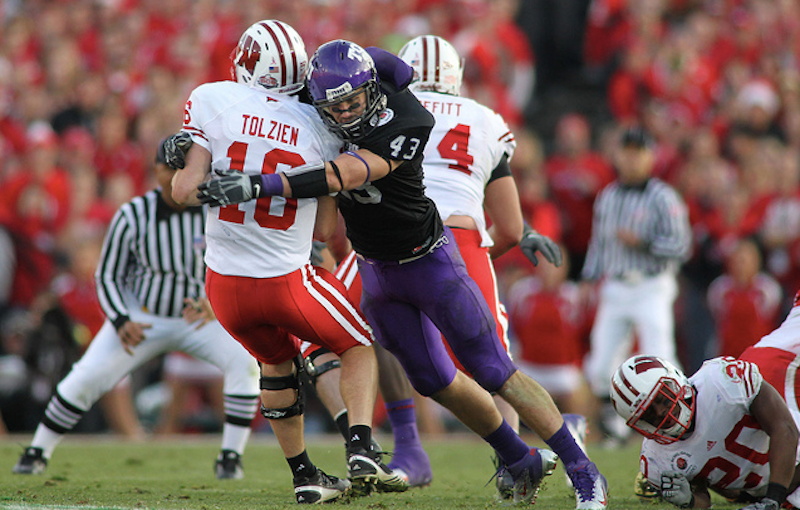 The Auburn Tigers defeated the Oregon Ducks in the Bowl Championship Series (BCS), the presumed crown jewel of the college football bowl season. The BCS has come under much criticism since its formation in 1998. While the BCS is far from a perfect system, it's a lot better than what existed prior to 1998.

I understand why people feel the undefeated TCU Horned Frogs were robbed of a chance to play for the National Title. TCU's perfect 13-0 season culminated with a win over Wisconsin in the Rose Bowl rather than a shot at the championship game. However, the intent of the BCS is to pit the nation's #1 and #2 rated teams against one another in order to name a definitive champ. TCU was ranked #3 and therefore left on the outside looking in. Prior to the adoption of the BCS there was no guarantee that the country's top two teams would ever face one another, leaving the declaration of a champion to the media and coaches through various polls. The flawed system led to a split National Championship on numerous occasions.

The obstacles to a playoff system are numerous, but the key as always is money. The NCAA makes millions off of the existing Bowls, which now total a staggering 35. The fear is that the adoption of a playoff would eliminate the need for Bowls, thus eliminating millions in Bowl payouts for nearly every school that can string together six wins. The Bowls are essentially exhibition games. The BCS already robbed any National Championship implications from the Bowls, including the BCS bowls. Opponents to a playoff also claim that student athletes would miss too much class time by playing an extra three or four playoff games. Of course, it seems to work just fine for the kids in Division I-AA.

I think the NCAA should adopt an eight-team playoff system. The four BCS bowls (Fiesta, Orange, Rose and Sugar) would serve as the first round of the playoffs. My proposal would require each Division I conference to play a championship game. There are currently 11 Division I conferences, as well as the three classic independents Navy, Army and Notre Dame. I'd like to see the NCAA adopt a relegation system like the English Premier League (Soccer). In the Premier League the two teams at the bottom of the standings are relegated to a lower league the next season and need to play their way back into the Premier League.

Conferences could be either included in the BCS or excluded based upon some agreed upon ranking criteria. The champions from the top eight ranked conferences would play in the four BCS bowls. The Sun Belt and Conference USA would most likely be out of luck nearly every year but they're not exactly threatening the SEC in the current system. The Independents would be forced to join a conference or excluded from the playoff system. Notre Dame will scream from the crown of thorns on Touchdown Jesus but it's time those greedy Irish join the Big 10. The winners of the four BCS bowls would play the following weekend in a Final Four made-for-TV spectacle. It would rival the NFL's Divisional playoffs for fan interest and star power. The BCS National Championship Game would be bumped back just one week, eliminating the claim that a playoff would keep student athletes out of class for too long. The remaining 31 bowls would be untouched in my proposal. They would still exist as they do today; exhibitions meant to rewards teams and their fan base for a winning season.

I think this system would work, but it won’t happen any time soon. It protects the interests of the current Bowls, their sponsors and administrators, as well as the BCS. It also adds two additional games that could potentially be a ratings bonanza and only extends the season by one week.